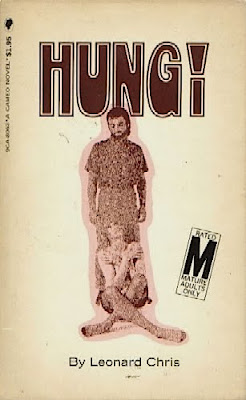 '...Since January 2001, I have been subjected to nasty emails, had my ethics questioned and been told that I am no fan of Dean Koontz. All of this came about because I was approached by someone who had located a paperback book called "Hung", written by Leonard Chris. and wanted to know if it was the same book which had been mentioned in the Katherine Ramsland biography.
After reading the entire text and comparing it with what little information was publicly known about the book, I was able to verify that it was the "lost" novel that Koontz himself had ADMITTED writing and, therefore "Leonard Chris" was the pseudonym Koontz had REFUSED to acknowledge. I was ecstatic because I now knew that pseudonym.

As a long-time collector of Dean Koontz novels, I felt a responsibility to make that information available to other Koontz fans. There is, however, an elite group of Koontz collectors who believe that the fans should not be given this information, presumably because these collectors have searched long and hard for "Hung" (as well as other titles which Koontz is alleged to have written under other as-yet unacknowledged pseudonyms) , and they wish to be able to obtain these books from unsuspecting individuals at lower prices. I'm no knight in shining armor, folks, but that strikes me as just plain WRONG...'

He cocludes by saying that it is possible that DK himself did not want his authorship revealed. The significant thing here is that he has not disowned the book which means it is probably by him - although the above writer does not actually say how he knows from reading the book that Koontz was the author. One assumes the style or phrasing or ideas in it are uniquely Koontzian--possibly some tricks of description, oddities of language, sentence structure etc., External info and hearsay may also play a part...

A similar thing happened with the Lovejoy writer Jonathan Gash - he was said to have ghostwritten the 1959 Bodley Head book 'Streetwalker' - an anonymous autobiography of a London prostitute. The book (not scarce) was changing hands at £100+ until Gash publicly stated he didn't write the book. Similarly in the 1930s Graham Greene was said to have co-ghosted (with Ronald Mathews) another autobiography of a London prostitute ' To Beg I am Ashamed'. This has been fairly roundly disproved although it is possible he may have had a hand in revising it. Copies of the London and Paris firsts can still command $1000 but do not sell with any alacrity - as they did when there was no doubt in the matter. 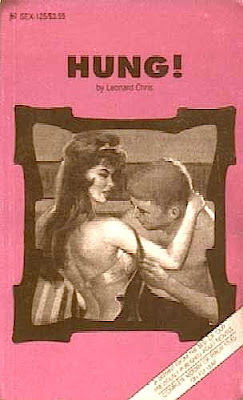 The reaction of these Koontz collectors to the revealing of hidden, secret knowledge seems almost quaint in these Google days. In my trade many dealers tried to hold on to hard won information about rarities - price guides were scorned and it was considered sacrilege to sell a customer a copy of 'Book Auction Records.' Even before the net this was all falling apart. My opinion is that there will always be 'sleepers' and great finds, because the ocean of information is so vast that no one person, or even groups of experts in half moon specs, will ever master a significant part of it.

VALUE? The Koontz scholar quoted above (to be found at Angelfire ) is investigating the authorship of more than ten other novels published under several other pseudonyms which he believes may have been written by the great man. In an article Dean Koontz wrote for ENREGUMEN 8, a fanzine published in 1971, he admits to writing 30 pornographic books to build a "healthy bank account." This could be something of a minefield but copies of this unassuming, slightly lurid paperback are pretty scarce. There are no copies for sale and none seem to have passed through ebay. Koontz wrote another book in 1970 for sleaze publisher Cameo under his and his wife Gerda's name (said to have been a printer's mistake) 'Bounce Girl' - a copy of this resides on Ebay as a Buy it Now at $1995. Possibly a chancer's price; so far no one has pressed the buy button. Extrapolating from this I am tempted to say $1000 and I'll stick with that. A lot of people want this book. [ W/Q *** ]
Posted by Bookride at 6/29/2007

were cani find this book at