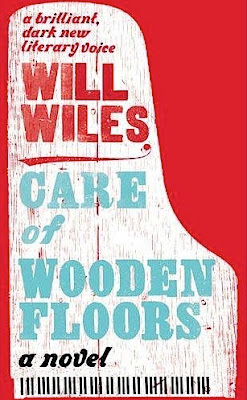 The polished old oak boards in parts of my home had begun to look scruffy, so I decided to do something about them. I popped into my local Waterstones and saw a new book that seemed perfect. It was called The Care of Wooden Floors and being in a hurry I grabbed it without looking too closely at the dust jacket.. When I got home and opened this book I discovered that the author, someone called Will Wiles, had no professional experience as either a DIY expert or antique restorer, and in fact, was a novelist. His book has nothing whatsoever to do with the respective merits of various types of wood polish, stains and sealants, but was a tale of the misfortunes suffered by someone called Oskar when he entrusted his flat to a friend while he went on holiday. Luckily, I had kept the receipt and now plan to return the book and exchange it for something more useful. But the whole disappointing experience reminded me of other books with misleading titles.

Totally useless if you want to practice for your pilot’s licence. Mrs Beckham, best known for her fashion range and membership of all-girl combo The Spice Girls (itself a misleading title),has written an account of her rise to fame from Goffs Oak model to chanteuse without a single mention of her experiences as a trainee pilot. Exasperating.

Anyone wanting to learn the secrets of literary success should avoid this book. For someone who professes an expertise in this field Miss Stein seems woefully unqualified to advise hopeful writers. For instance in her chapter on sentences and paragraphs she tells us that:
‘ A part of a sentence may be a sentence without their meaning. Think of however they went away…’
And furthermore:
‘Every sentence which has a beginning makes it be left more to them…’

Amateur boating enthusiasts in search of tips will gain little practical advice from reading this book, which turns out to be a ‘ comic ‘ story about Noah and the Flood and a romantic novelist named Bunny Mix. Apparently ‘ full of silly things and great fun ‘, according to Winterson, who also wrote Lighthousekeeping, in which a lighthouse figures only tangentially, and The Powerbook, which has nothing whatsoever to do with electrical transmission systems.


Marina Lewycka, A History of the Tractor in Ukrainian (2005).

Wrong from the start. This is published in English. However, it contains little to satisfy those wishing to discover more about the technological developments in agricultural machinery in the Ukraine either before or after the collapse of the Soviet Union. This is obvious from the first few pages of a novel about family feuds. 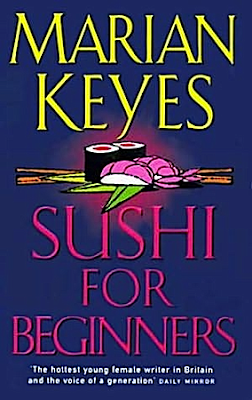 From the title lovers of Japanese cuisine might have expected an introduction to this popular oriental snack. Instead what we get is chick-lit about a London magazine editor called Lisa with a fabulous lifestyle who is assigned to Dublin etc.

Worthless for students of littoral environmentalism. As a professional literary critic Mr Connolly is plainly unqualified to write with any scientific authority on such a subject, and though his insights into modern literature may be entertaining, the book as a whole cannot be recommended as a treatise on the natural history of the UK shoreline.

Alas, this adds nothing to our knowledge of the development of electric illumination from the early nineteenth century onwards. Nor does it offer practical advice to modern students of electrical engineering at HND or undergraduate level. In fact, it consists of nothing but poems.

Mr Eco has apparently no experience either as a taxonomist or a horticulturalist, which may explain why this medieval fantasy is of little help to those wishing to take up rose-growing as a hobby or career. [R. M. Healey]

Many thanks Robin, as our German colleagues say 'das ist lustig.' You're not wrong-- it has become so bad that when you see a book like 'A Handbook to the Datsun 240Z' you assume it is an earnest novel or possibly a collection of very difficult poetry. I blame James Joyce. There is nothing about Ulysses's 10 year journey back to Ithaca after the Trojan wars in his novel, the whole thing is set in modern day Dublin with the odd trip to Dun Laoghaire. When in 1935 Matisse illustrated 'Ulysses' for the Limited Editions Club he used scenes from the Greek epic for his illustrations. Joyce was not happy that the artist had obviously not read his book and gave up signing after 250 copies. Matisse signed all 1500. The former are worth £15000 and the ones signed only by Matisse a paltry £2500. Bono is said to possess a Matisse only signed Ulysses (pic below) , the double signature being beyond his pocketbook. But that's another story...

This naming of novels as if they are reference manuals has been going on for a few years and is as old hat as books whose titles or subtitles begin 'A Very British...' Another maddening development is the book that looks like a biography (saleable) but turns out to be a novel (almost all unknown contemporary novels are completely and utterly unsaleable)- such a work is Donald Olson's 1993 novel 'Confessions of Aubrey Beardsley'. It even has illustrations. Value in fine condition £0.1 + £2.80 postage and it's a heavy novel so any dealer speculating in it is going to come way with about 70p for their efforts, presuming they paid no money at all for it. 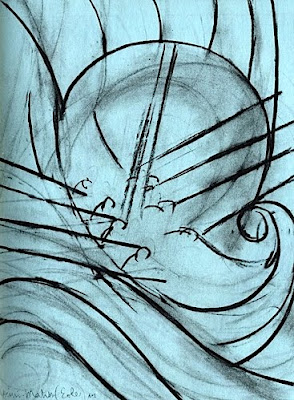 Respectable literary figures also used misleading titles to lure readers in- Willa Cather with Death Comes for the Archbishop and T,S, Eliot's Murder in the Cathedral masquerade as detective stories.

I got all excited when I saw "Tramp for the Lord" on the spine of a book at a sale, thinking it was a tell all from the Children of God sex church. Unfortunately it was a mundane missionary work (i.e., a different meaning of "tramp")

The less said about "Trout Fishing in America" the better.

Edmund Wilson's To the Finland Station has disappointed many a rail enthusiast.

I was really looking forward to Yoga For People Who Can’t Be Bothered To Do It (Geoff Dyer), hoping for whimsical illustrations in the manner of How to Massage Your Cat (Alice M. Brock). It turned out to be an amusing travelogue, so all was ok.

this is an interessant article. thanks