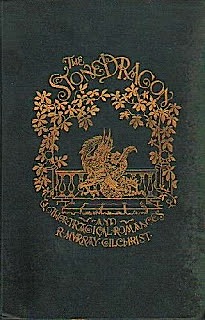 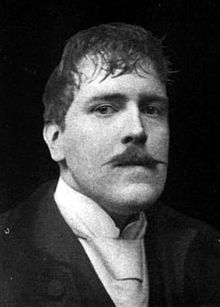 Hi,
how well did you know driffield?

Quite well at one time. I hope he is OK, he is a rare sighting now.

A commentator on a Flickr scan of Cartledge Hall remarks, re Gilchrist and his two brothers, "Robert Murray Gilchrist (who died in 1917 and whose work was admired by Arnold Bennet) being the most famous and a friend of Edward Carpenter at nearby Millthorpe".

I acquired a fine copy of this from an American dealer, a presentation copy signed by Gilchrist to the poet Richard la Galliene. It was a beautiful copy, and now resides in the collection of a suitably discerning & well-known collector of decadent horror.

This scarce antiquarian book is a facsimile reprint of the original. Due to its age, it may contain imperfections such as marks, notations, marginalia and flawed pages.

Gilchrist collected his horror fiction in The Stone Dragon (1894), which is dazzling, eccentric, and, unfortunately, rare. Gilchrist is a neglected master of horror who deserves revival.