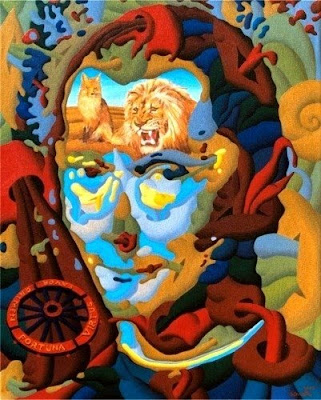 Association copies can be very valuable. Our Burgess book mentioned in the last post made a decent but unsensational $220 (I had bought it off a catalogue in 2001 at $55). The kind of association copy that you really want is a book that went through my hands (rather too rapidly) in 1999. It was a copy of a decent late 19th Century Machiavelli's 'The Prince' presented by Churchill to Lord Beaverbrook the newspaper magnate, a sort of Rupert Murdoch of his day. The book had a few annotations and marginal linings by WSC and also possibly later by Lord B. It was interesting that both men found the book of practical value, although the inscription was fairly lighthearted as I recall--along the lines of 'here's how to rule your domain...' I sold it to a dealer for circa £5K. He quickly sold it to a Churchill punter--one of the less bright variety, as he had to have the significance of the association explained to him, having never heard of the great Florentine philosopher.

John Carter in his 'ABC for Book Collectors' talks of bogus association copies--ones where the association is made by loosely inserting a letter--this is to be 'actively resisted' by collectors. Also I feel that a bookplate should not be used (by itself) as an association tool. A few years ago there were Hemingway bookplates on the market and a dastardly dealer could, if he were so minded, stick one in a book on, say, big game hunting or in a 1920s guide book to Paris and claim it as 'Hemingway's copy.' I was shown a very nice association last night by a Suffolk dealer/ friend. A signed presentation from John Betjeman to the cartoonist (Carl) Giles:

'The mighty cartoonist Carl Giles is [Summoned by Bells] by his admiring fellow Islingtonian John Betjeman...'

Like all great associations it links two well known people, but with various resonances--both light humourists, Londoners and much loved British eccentrics. Sadly the book is not for sale but its value must be in many hundreds of pounds. 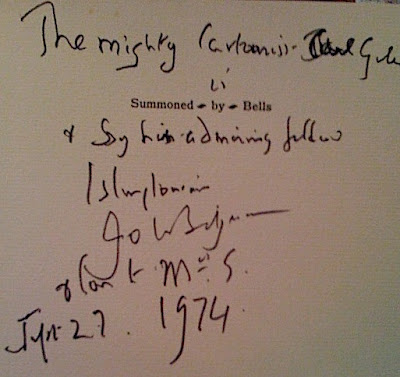 Pic at top is from a 2002 painting by one W. Horvath which is the cover-image of the book "Niccolo Machiavelli - Der Fürst" from RaBaKa-Publishing.
Posted by Bookride at 10/16/2008

Amazing! Giles had a big caravan near my Dad's in Suffolk and we used to see him every summer. Please do something on his annuals.

The Peckham 'Forger', Robert Partridge had a stock of A J A Symons's bookplates which he would use to "improve copies of certain books before offering them" according to his 'assistant' David Batterham in The Book Collector Summer 2008.