Céline, the Glitter paradox and writing in public... 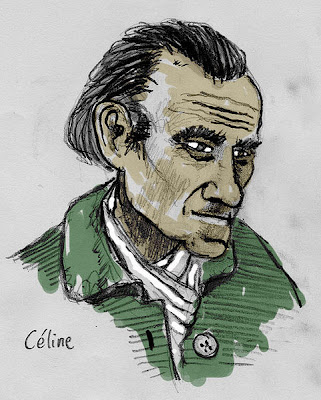 I have the outlines of a piece somewhere about writers who wrote in public; sadly I cannot work up the enthusiasm to finish it so am using it here. The most famous is J.K. Rowling, writing and keeping warm in an Edinburgh cafe, then T.S. Eliot putting the finishing touches to The Waste Land in a seaside shelter (image below) now the subject of a preservation order -('On Margate sands I can connect nothing with nothing.') Samuel Beckett would write on the back blanks of post office forms while hanging out in Parisian post offices, Scott Turow wrote his first novel Presumed Innocent riding the commuter train to and from New York. The oddest example was told to me by a customer from the Medway town of Chatham. There was a cafe there where Louis-Ferdinand Céline had sat writing one of his novels. He had lived, even married in London, so it was possible. Maybe somewhere in London there is an old pie and mash shop where Rimbaud and Verlaine (residents here in the summer of 1873) wrote poetry.

Celine is of course a towering figure in world lit -Bukowski wrote "'first of all read Céline. The greatest writer of 2,000 years." He was championed by the Beats -both William S. Burroughs and Allen Ginsberg visited him in his Paris apartment during the 1950s and he is regarded second only to Proust among French writers. He became virulently antisemitic - in his 1938 work L'Ecole des Cadavres he calls for a Franco-German alliance in order to counter the pact between British intelligence and "the international Jewish conspiracy". Here you have what I call the Gary Glitter paradox -- do we stop 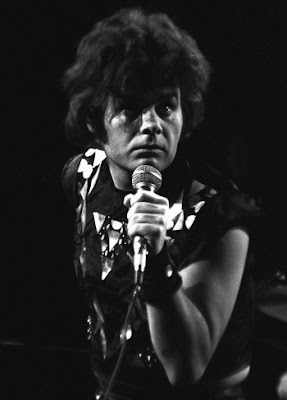 listening to his music because of what we now know about his life? In the case of Celine, his antisemitism has not stopped him being admired by Jewish writers like Ginsberg and George Steiner. In the TLS of 12/2/10 with Celine on the cover ('Once again, Celines hour') George Steiner reviews a new Gallimard volume of his letters. He invokes an amazing story from WW2, possibly apocryphal although Celine is known to have claimed that Hitler was Jewish- it is a scene worthy of Mel Brooks or more likely Quentin Tarantino with the part of Celine played by a demented Cleese:

"At a soirée in the German legation, he leaps to his feet and performs a dazzling imitation of the Fuhrer's voice and gestures, and instructs his terrified hosts that Hitler will lose the war because he is not anti-Semitic enough! The assembled dignitaries are said to have scattered in panic…"

What of Celine values? In my cautious judgement he is a buy and will rise in value. As time goes by the ghastliness of a person's life tends to matter less, and can even enhance interest, he also appears to be joining the list of the giants of the last century along with Borges, Nabokov, Proust, Kafka, Joyce etc., He was admired by Queneau, Jean Genet Le Clézio, Robbe-Grillet, Barthes, Henry Miller, Jack Kerouac, Billy Childish, Henry Green, Joseph Heller, Kurt Vonnegut, Jr., William S. Burroughs, Ken Kesey. A Canadian dealer wants a gamey £10,000 for a trade first edition of Voyage au bout de la Nuit inscribed to surrealist publisher George Reavey. Although not in good enough condition to tempt French collectors (who are less impressed by signatures than us) it is not totally unthinkable it might sell. In a 1971 George Sims catalogue a Celine manuscript (5 pages from a late work heavily revised) appeared at £35, then the equivalent of £650. If sold now it could make £5000, representing an impressive return. Steiner singles out Celine's late works as masterpieces with scenes which ('using the word with care') can be qualified as Shakespearean. 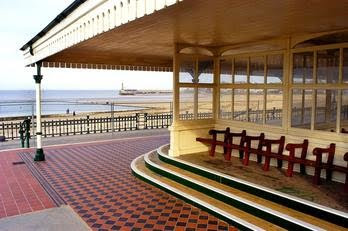 My mistake. Steiner mentions how much Celine loathed JPS and there is one of his books on anti-semitism. Have changed it. Celine said of Sartre 'only one of us will endure: Celine!' Maybe it was taking a very long view.

i think the Wikipedia entry anecdote of Ginsberg & Burroughs' visit is incorrect; i've read & been told that together they called at his house... Celine met them on the path & unloosed his 2 german shepherds upon them - whereupon they promptly turned about & scarpered.