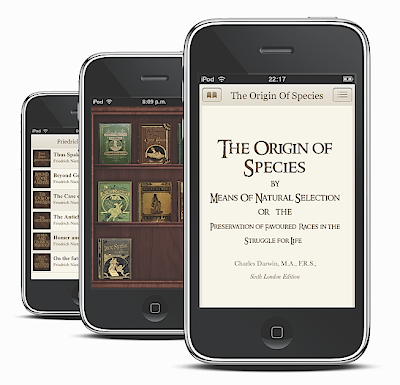 I was in a noisy pub in Covent Garden the other day and through the shouts for beer and the general post work rowdiness I could vaguely hear an old Pogues song coming from a juke box the other side of the room. I wasn't sure what it was called but dimly remembered it from the late 80s. An American fantasy collector I was with held up his Iphone for a second and declared it was Streams of Whiskey a ditty about writer and bevy artist Brendan Behan. What an app! I have an Iphone with a few apps and a few books to read in waiting rooms (300 short stories for £1) but this guy had a 100 apps including one that let him paint like Jackson Pollock. He also had one Iphone for England and another for America to avoid punitive roaming charges. I suspect he has private money.

The posting above is a guest entry by Anna Miller full of useful app info for bookloving Iphone users. What I currently need is an app that works when you point your Iphone at a book - it immediately catalogues it with condition, a puff and the right price, then uploads it to online book malls. A little later it sells it and puts the money in the bank for you. This can almost be done already with books with a barcode on the back (or a good clear pictorial cover - see the amazing Snaptell) but I need one that can handle leather bound books, incunabula and livres d'artistes. 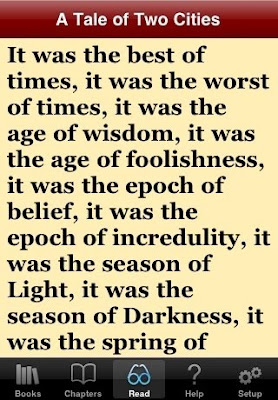