The story of how in 1796 the deranged sister of essayist Charles Lamb chased her mother around the kitchen with a knife before plunging it into her has become part of the story of English Literature. Had not brother Charles committed himself to caring for her at home from 1799, she would most likely have died in an asylum. Eight years later the couple wrote Tales from Shakespeare together—Charles dealing with the Tragedies and ( bizarrely) Mary the Comedies. Oddly, only Lamb’s name 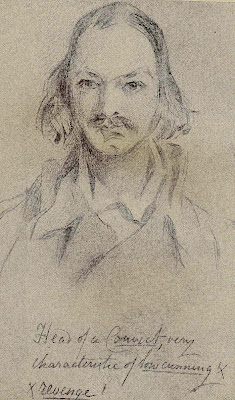 appears on the title page. Two further collaborations, Mrs Leicester’s School ( tales ) and Poetry For Children, followed in 1809. Mary had episodes of insanity throughout the rest of her life but survived her more celebrated brother by 13 years, dying in 1847.
Mary’s psychological state and the relationship between brother and sister have been the subjects of a number of academic studies, particularly recently. As a result, interest in Mary’s three co-written books has increased considerably and collectors must expect to pay good prices for firsts of these rare titles—particularly Tales from Shakespeare, whose 20 engraved plates after designs by William Mulready, have been attributed to William Blake.

Some Passages in the Life &c of Egomet Bonmot Esq., edited by Mr Mwaughmaim and now first published by ME (London, James Bigg 1825). £200 ++

Regency dandy, art critic and multiple poisoner, Wainewright was a friend of Hazlitt, Lamb and John Clare, and from 1820 to 1823, under the pen names Janus Weathercock, Egomet Bonmot, and Cornelius Van Vinkbooms, regularly contributed articles on art and connoisseurship to the London Magazine. Short of the money needed to finance his exquisite lifestyle, he probably killed his uncle for his estate and almost definitely poisoned his wife’s half-sister and another as part of an insurance scam. He was never tried for these crimes, since only circumstantial evidence could be found. In 1837 he was arrested for a forgery that had earlier netted him £5,000; he pleaded guilty to this offence and was transported for life to Van Diemen’s Land, where after serving his time he was released. While a convict he was granted a certain amount of freedom and found favour as an artist of note. He died in Hobart in 1847.

Wainewright was a talented portraitist whose clever sketches are still highly sought after in Tasmania. As a writer on art he was way ahead of his time, prefiguring the aesthetes of the fin de siècle and earning the admiration of Oscar Wilde, who wrote a sketch of him in Pen Paper and Poison. Since then he has become a minor cult figure, attracting no less than three full length biographies ( the most recent being a fantasy novel by the former Pet Laureate Andrew Motion ), a study of his time in Australia and a number of academic papers. In 1880 William Carew Hazlitt edited Essays and Criticisms by T. G. Wainewright, a very hard book to find and a steal at £60 ( I bought my copy for £8 in Wolverhampton many years ago ). But far rarer is the murderer’s only publication --the forty-five page pamphlet Some Passages in the Life &c of Egomet Bonmot—a hymn to himself in rhyming couplets. The booklet is very scarce, but there are copies to be found somewhere. James Bigg was a reputable bookseller in Whitehall and by 1825 Wainewright had become a minor celeb in the literary world, so there is every reason to think that Some Passages…had a decent print run, though in 40 years of searching I’ve never even heard of copies coming up for sale. 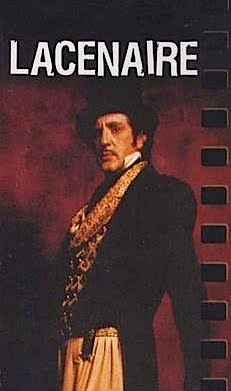 French dramatist and poet was a thoroughly nasty piece of work –arrogant, egotistical and amoral. An ambitious young writer who dressed like a dandy, he was resentful at the literary success of others he regarded as less gifted than himself, and was determined to live as a libertine on the periphery of polite Parisian society. Late in 1829, after killing a rival in a duel he embarked on an unprofitable life of petty pilfering which led to several short stays in jail interspersed with even briefer periods as a freelance journalist. His criminal career came to a head when he and an accomplice brutally murdered M. Chardon, a well-off fellow criminal, and his mother. Ending up in prison for another crime, he was betrayed by his accomplice, but before being sent for trial was given a private cell where he dashed off the poems and songs that the literary editors had seen fit to reject. In his confession he revealed himself as an unrepentant sociopath:

‘Before killing and after killing, I sleep equally well, and always peacefully. I am about to make an animate being inanimate; that is all. I see a light. I breathe on it, it goes out…’

Before long, like Wainewright, Lacenaire had achieved the notoriety he sought. Gifts and bouquets were sent to his cell. His visitors included scientists, physicians and members of the beau monde – all eager to converse with the cold-blooded killer who wrote poems and songs of love. Retribution eventually came with his conviction for murder and on 9 January 1836 Lacenaire was guillotined before a large crowd. In death he became an exemplar of the romantic who rebelled against bourgeois respectability. Baudelaire idolised him, Dostoevsky based the central figure in Crime and Punishment on him, and his story has been the subject of at least two films.
In 1836 Lacenaire’s scandalous Memoires, Revelations & Poesies appeared in a censored edition, which is now extremely rare and sought after. Doubtless there were later editions too, but not one in French currently features on ABE. [R.M. Healey]

Thanks Robin. This is the first of about three postings and I know you are covering the patricidal Richard Dadd - a great favourite.. I also know that your remit is not to do with murderers who were then encouraged to write books by sensationalist publishers, or mass murderers like Stalin and Hitler. Colin Wilson (among others) had a good theory that some murderers (eg Hitler or the Moonlight Killer aka The Texarkana Phantom) were failed creative artists--Hitler a painter, the Texarkana slayer a failed jazzman. Food for thought from the sage of Zennor...Btw the colour pic above is from the 1990 movie 'Lacenaire' starring Daniel Auteuil.
Posted by Bookride at 12/20/2010

Was there ever an uncensored edition of Memoires, Revelations & Poesies?

1. The illustrations to Lamb's Tales have been attributed to Blake by generations of hopeful booksellers. The attribution is not accepted by any Blake scholars. Geoffrey Keynes, writing in 1943, points out that the illustrations were designed by William Mulready, and "the technique of the engraving does not suggest Blake's work".

2. Marc Vaulbert de Chantilly, who knows more about Wainewright than anyone, certainly more than Andrew Motion, explains that "the peices written under the pseudonym Egomet Bonmot, and generally ascribed to Wainewright, are almost cetainly the work of Edward Gandy of the Admiralty (1792-1859)".

3. For many of us Pierre François Lacenaire is known principally for his portrayal (by Marcel Herrand) in the classic film Les Enfants du Paradis.

Sorry to be so picky.

Thanks Robin, thanks Nigel. Can't think of any modern ones except Anne Perry (who I gather is very nice).

Sometimes being ambitious is what makes you get on top.