Early books on the Cinema 2

Legendary dealer in the performing arts, Elliott Katt, reserved the highest praise for the magnum opus of yet another Thomas Edison co-worker, Terry Ramsaye (1885 – 1954). His two volume A Million and One Nights (1926), 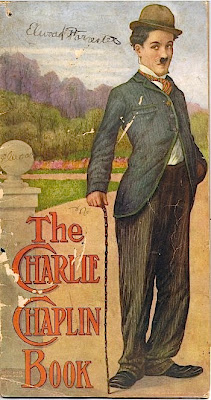 which tells the fascinating story of the moving image from Muybridge onwards, and benefits from his having interviewed many of the movie pioneers, ranks high in the list of ‘One Hundred Books on Hollywood and the Movies’. However, impoverished cineastes should look out for a cheap reprint, rather than the edition limited to 327 or the trade edition. All copies of the former are signed by the author and Thomas Edison, while some copies of the latter also bear the signatures of the two men. Hence the fancy prices. If signatures do nothing for you, $600 will buy a bog standard copy on ABE, or you may get away with shelling out a lot less for a battered or library copy in some US used bookstore. However, this is less likely to happen in the UK or Europe, which explains why a mom and mop operation called Chloe and Denis working out of Paris want $2639 for an apparently unsigned copy. Sacre bleu! If you’re really into Edison and but are misguided enough not to care whether you get only one volume of the two, then another dealer can offer a typed and signed testimony by the great man with volume 1 of the limited edition for a trifling $5625. A much, much cheaper on-the-spot history of the movies is the less scholarly Behind the Motion Picture Scene ( 1919) by Austin C. Lescaboura, which for its 300 illustrations alone must be a bargain at $60 (ABE).

History is OK, but if it’s stars and gossip you want you might try and look out for a copy of Charlie Chaplin’s Own Story, being the faithful recital of a romantic career (1916). I wish you the best of luck, because when the British star discovered that a female journalist had turned her interview with him into this lurid unauthorised ‘ confession ‘, he demanded that all copies be ‘ suppressed ‘. According to Katt only six copies are known to have survived the pulping carried out by publisher Bobbs-Merrill. Consequently, this is probably the rarest movie book in the world. A rather less scarce Chaplin title is My Trip Abroad (1921). Some copies are signed by Chaplin and include a sketch of his shoes. Such copies, even without the jacket can retail for $750 or more, but ex-library copies in poor condition are presently on ABE for under £50. 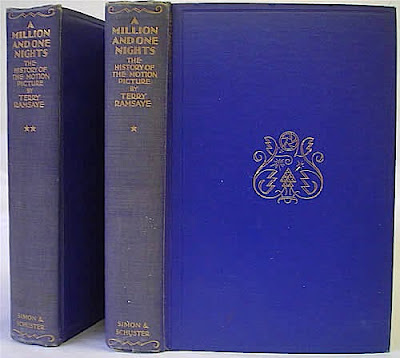 Two other curiosities of the early years are also worth seeking out. Before Anita Loos wrote Gentlemen Prefer Blondes she put together Breaking into the Movies (1921) with her husband, John Emerson. Copies of this sleeper are hard to find anywhere, but in ABE a certain well know West End dealer has a nice jacketed one at a cool $1237. At about the same time Darryl F Zanuck, who later achieved fame as a movie producer, was writing film plots and short stories. His collection Habit which appeared in 1923, when he was just 21, was described in rather gnomic terms by its blurb writer as a ‘thrilling yarn that starts where fiction ends and life begins’. Was this about cocaine addiction (some things never change ) ? I don’t know, but I could find out easily for a mere $9 (ABE), or, if I wanted a jacketed copy, for a reasonable $75. There is also a copy for $1,000 online. Of early autobiographies by actors, there are doubtless hundreds, but some stand out. Basil Rathbone’s In and Out of Character (1962) comes up at around $90, but a signed presentation copy is presently on ABE at £319. According to Katt, Rathbone always signed copies when he attended Sherlock Holmes conventions.
[R. M. Healey] 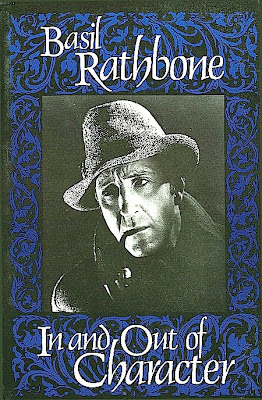 Another Chaplin sleeper is the surrealist tract sometimes found in the September 1927 issue of 'Transition.' It is said to be by Aragon and is called 'Hands off Love.' It was written in repsonse to attacks on Chaplin for his private life in the current gutter press. It contains some marvellous OTT ranting '...thank the man who, on the vast screen of the West, over there on the horizon where the suns are setting one by one, today projects your shadows, great human truths, perhaps unique moral truths, which are worth more than all the Earth.' Right on Louis. Value? Surely a wad of euros?
Posted by Bookride at 7/17/2011