American books
The late Gordon Burn, a near genius of true crime narrative
(biogs of Peter Sutcliffe and the Wests), and a devotee of Truman Capote, and Richard Ford, adored the physicality of American books, which he collected, along with magazines like Esquire. ’ I like the paper they use. I like the way they leave the edges untrimmed. I like the way they provide those little notes at the back about the typeface they’ve used’.

Architecture
Veteran Torygraph fogey Simon Heffer is ‘ hugely into architecture ‘ and owns a full set of Pevsner’s Buildings of England, though he admits that he spent years searching for the hardback editions of North Devon, South Devon and Middlesex ( so very common in paperback form), before finally tracking them down in Ken Spelman’s York bookshop. He also collects ( or collected ) Thomas Carlyle. Comedian Griff Rhys Jones is also keen on architecture, as is Sir Michael Caine, who once admitted that he would have liked to have been an architect. Janet Street Porter trained as one, but did not practice. She collects contemporary art and in 1981 published a book on collecting British teapots.
Augustan literature
Today, a bit out of fashion, but ex Times editor and sometime bookseller Lord Rees-Mogg, has always seemed unashamedly fuddy-duddy, and his MP son Jacob is resolutely keeping up the family tradition. Rees-Mogg prefers the Augustan political values of social balance to those of Romantic individualism, and when I interviewed him in 1998 I wasn’t surprised to learn that from an early age he had been a keen collector of Edmund Burke, Alexander Pope and Samuel Johnson. While studying history at Oxford he bought many books in his chosen field. ‘In the fifties and early sixties there was a lot of Pope around. No-one seemed very keen and therefore it was possible to assemble a very good Pope collection ‘. Johnson too was cheap back then. In 1950 from Blackwell’s Rees-Mogg secured a complete set of the first edition of Johnson Lives of the Poets with the prefaces and a very rare extra leaf . ‘There were 68 volumes, all in boards, uncut. I paid £7.15s., I think ‘.
Another devoted collector of Johnson and other writers of the period was the late, great Frank Muir, comic scriptwriter and ‘ Call My Bluff ‘ veteran, who confessed that he often felt ‘born out of his time’ and ought to have lived in the eighteenth century. 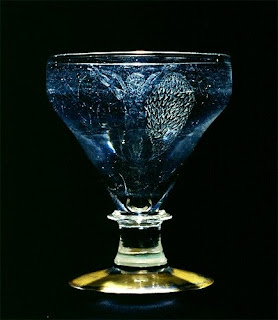 As an undergraduate fogeyish Rees Mogg, may have had few good words for Wordsworth and Coleridge, but a few decades later he developed a grudging respect for Romanticism—or at least for William Blake. His anecdote about discovering a glass engraved by the great man in a sale at Christie’s is worth repeating : “ It was an ordinary rummer with the bottom broken off, he told me “There was a very Blakean angel on it, and an inscription which read 'Blake in anguish, Felpham August 1804’…I couldn’t see that it was wrong.”
A Times lackey was sent to bid for it and it was knocked down to Rees Mogg for £55. The ‘Felpham Rummer’, as it was dubbed, was afterwards sold to the famous Corning Glass Museum in New York, where it remains on display ‘ No expert has ever questioned its authenticity’, he claims.

James Bond
It is not known whether unlikely-looking Bond actor Daniel Craig collects Ian Fleming firsts, but as he is moving into a large house with his beauteous wife Rachel Weisz, in a village just two miles from me, I may have a chance to ask him. I don’t see any of the other Bond actors as collectors, but I may be wrong. However, film director and thriller writer Bryan Forbes is, or was, a collector, and told me that before prices started rising he was selling in his bookshop nice copies of all the Bond novels, including Casino Royale, in dust jackets for just £50 each. 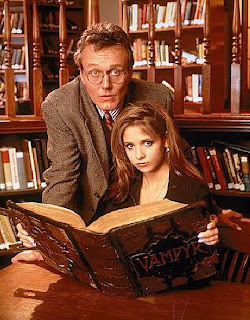 Children’s books
A collecting field very popular with celebs. Fans include finger ring fetishist and multi-award winning author Jacqueline Wilson, whose early loves were the late Victorian writers Mrs Molesworth, and the lesser known Frances Crompton, and also Edith Nesbit. Sarah Michelle Gellar is another. She  casually mentions her interest in 'classic children’s literature', is not too forthcoming about authors, but surely must own a first of Dracula. Columnist Lucy Mangan, who famously complained in the Guardian Magazine that booksellers were always moaning about their lot ('they live this idyllic life surrounded by books and they practically growl at you') has a ‘ rag-tag ‘ collection of  assorted children’s literature, including a pristine set of Joyce Lancaster Brisley’s Milly Molly Mandy books and much Enid Blyton, She decries the idea of collecting first editions, however, believing  it to be a ‘ bloke thing ‘.

R. M. Healey
To be continued…

Many thanks Robin. Craig was in a Waugh adaptation ('Sword of Honour') so he might also collect him. I have actually seen Ms Gellar (aka Buffy the Vampire Slayer) at a bookfair.

The number of stars to be seen at bookfairs is small but growing. It's a safe environment and you are unlikely to be pressured into blowing a lot of cash...
Posted by Bookride at 5/22/2012

Bryan Forbes: Ah! I was that dealer who bought a complete set of Bonds from Bryan back in 1980 and indeed I did buy (and sell!) them very cheaply. He was often in his shop at Virginia Water and he knew that I dabbled in crime fiction (I was working for Gollancz as a sales rep at the time) and he invited me round to his house on one of those private roads that pepper the area. While I was waiting for him to bring the books out into the garden I espied Nanette Newman (Mrs Forbes) up to her elbows in soap suds at the kitchen window. I assumed she was trying to get through her fee supply of Fairy Liquid...

Big fan of Bryan- a civiilised, urbane character. Went to the BAFTA tribute to Mr Forbes a few years ago, and the only impressive people on the stage were Bryan himself, the she-who-can-do-no wrong Nanette (looked terrific for her age, Fairy had done wonders for her skin) and Dickie Attenborough.

I seem to remember reading in the now defunct Bookcollector that Bryan bought a complete set of the Limited Editions Club in some sort of blind deal with a friend. Nanette came back to find their hall filled up to the ceiling with packing cases...

I think we have Mr Forbes to thank for such gems as "The Railway Children' and "Young Winston". Never really got the recognition he deserves, in my opinion.

Thanks Ralph, thanks Luke. Agree about Forbes -- great director (rated in France I hear) also his SEANCE ON A WET AFTERNOON is 'understated yet oddly moody' as one chap said and Dickie A puts in a bravura performance, his best since Brighton Rock. N

Yes, Mr Honey, it was true about the Limited Edition Club books and the packing cases. I was the man who interviewed the bearded Brian on that occasion. I remember that he smoked throughout the interview. Unfortunately, the lovely Nanette was nowhere to be seen. Done her back in, apparently.