More celebrity collections, an A - Z 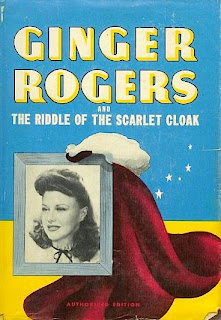 It is unlikely that too many movie stars actually collect film-related books; it is much more probable that this province belongs to film-buffs. Chief of them all is Leonard Maltin, who devotes himself to classic movie memorabilia, including film stills, posters and books. When he was interviewing Ginger Rogers at her home he spotted a book of juvenile fiction on one of her shelves, at which Ms Rogers exclaimed: ‘ My mother wrote that ‘. It turned out that Lela Rogers had indeed published Ginger Rogers and the Riddle of the Scarlet Cloak (1942 ). Later on, he found a copy in a second hand bookstore and sent it to her to inscribe for him. Today a poor copy of this book can be yours for around $1. One with a jacket is currently online at $60.

Cookery
As well as the obvious celebrity chefs, such as Anton Mossiman,  Delia Smith and Jamie Oliver, a less obvious collector is  Jake Gyllenhaal, star of  Brokeback Mountain. In an interview Gyllenhaal confessed that as well as eating healthily and growing his own food, he loved collecting old cookery books:
‘ I have a massive section in my library of beautiful old cookery books. I really have a strange obsession with them…’

Diverse collectors
Madonna collects books, but perhaps only President Bill Clinton knows exactly what she collects. Not too long ago, probably while he was here for the Hay Festival, he took Madge for a tour of Charing Cross Road. Did she visit Any Amount of Books ? Other celebs who described themselves as collectors include Chelsea Clinton and Twilight  star Robert Patinson, though doubtless security considerations prevent many other celebs from revealing their collections to the wider world.

Fine printing
Veteran lyricist and composer Leslie Bricusse (Goldfinger, Scrooge, You Only Live Twice, Doctor Doolittle, Willy Wonka, Harry Potter etc etc ) has amassed a superb collection of books on fine printing at his home in California. Recently, a few books from his collection that were signed by the Beatles have appeared on the market. 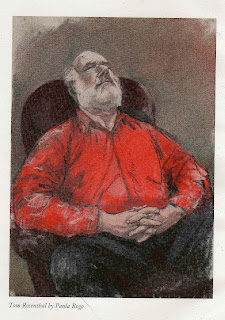 Bryan Forbes bought the books of Graham Greene, including the rare Rumour At Nightfall ,when they first appeared. Around 1951 he got to know the author personally and they remained friends until Greene’s death in 1991.On being presented with one of his books Greene would sign it for his friend and a few months before he died he presented Forbes’ wife Nannette Newman, of Fairy Liquid fame, with a signed copy of the ‘very rare‘ The Third Man. Being a collector himself, Greene would have appreciated the significance of  this particular presentation. Other well known collectors of Greene include Melvyn Bragg and Bernie Taupin.

History
The late multimillionaire Bee Gee, Robin Gibb, was extremely keen on British history and had a sizeable library at the 12th century Prebendal, his main home in Thame. In an interview he admitted that he loved anything ‘old ‘ and certainly he belongs with Sting, Mick Jagger, Jimmy Page  and Elton John as a rock star with remarkable taste, at least in architecture. Such is the importance of The Prebendal that Pevsner devotes two whole pages to it and contends that the 13th century Chapel  is 'one of the most elegant EE buildings in the county’.

Jack Kerouac
Johnny Depp, star of the antiquarian book movie The Ninth Gate, has confessed to being an avid collector of Jack Kerouac firsts, as well as those by  Edgar A. Poe, and Dylan Thomas. Reportedly to have ‘weird‘  tastes, he is said to collect dolls, insects and 'pig skeletons' too.

Wyndham Lewis
Vorticism is very cool at present (witness a simple Etchells composition on paper that went for more than £100,000 recently ! ) and arch-Vorticist Lewis has many admirers, particularly among the rock music fraternity. These include the late Captain Beefheart, Brian Ferry, David Bowie, and Holly Johnson, among many. Iain Sinclair is also a keen collector. The tale of how he assembled an almost complete collection of Lewis on one visit to Farringdon Road is fascinating: 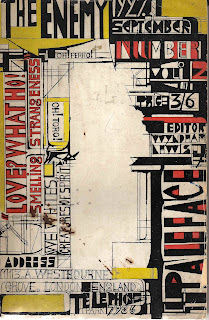 ‘They were in a box and Jeffery didn’t allow people to examine them. It was pot luck. The box had a price tag on it, but you took a chance on whether the contents were worth the £75, or whatever it was. You knew he’d bought them in some auction, and had an idea of their value, but it was a gamble. Well, I bought that box of Wyndham Lewis and I still have them. A few items needed repair, but most were in pretty good nick and now I own virtually a complete Wyndham Lewis collection, including some rare volumes in dust jackets, like Snooty Baronet, which would have paid for the whole thing anyway.’

Veteran publisher Tom Rosenthal, the model for one half of Private Eye’s Snipcock and Tweed, is a fanatical Lewis man too. However, his superb library of major modernist literature, which also includes wonderful firsts of Conrad, Joyce and D. H. Lawrence, is also notable for the remarkable absence of books by a certain T. S. Eliot.  ‘He’s an anti-Semite and I don’t want his books in my library...' he once growled to an amazed Rick Gekoski. More sensibly, Rosenthal also excludes anything by Mrs Virginia Woolf: ‘Boring books, never admired her ‘.

In pursuit of books on his home county of Nottinghamshire the late Alan Sillitoe was an inveterate browser among second hand bookshops wherever he went. He found many treasures in or around Sussex and Kent. His theory was that because people from the North and Midlands often retire to the south-east coast their book collections end up there after their deaths. Interestingly, Sillitoe only kept one copy of his debut novel Saturday Night and Sunday Morning, which is the only Sillitoe title to fetch much money  today.

Romantic novelist and professional Cumbrian Melvyn Bragg also collects books on his native county: ‘ I’ve been told by my friends that I have the best collection of books relating to Cumbria and my birthplace Wigton.’, he claimed. [R. M. Healey]

Many thanks Robin. It should be mentioned that Bragg is almost entirely uncollected and his books, even signed, can be bought for the price of a cup of tea. The Donn Byrne of our day. Who was he? Exactly. Enough Bragg bashing (I can do this because I am not seeking work in media.) Pig skeletons? Where does Depp get them? Are there dealers? Lastly I don't remember Clinton and Madonna coming in the shop but we get so many celebs (Boris, Hanif, Edwina)  they may have gone unnoticed...

I totally disagree with your views on Melvyn Bragg, entitled as you are to them. He is the finest writer to have come out of the north since J B Priestley. The Maid of Buttermere is a masterpiece.

Not saying that Melvyn is a bad writer although I suspect he may be (and he has won a prize for bad sex writing) He may be better than Borges, Nabokov and Kafka. It is just that as a hardened trader, dealer, merchant, barrow boy or whatever I have noticed he is very, very hard to sell.

I own the 1841 edition of Pugin's "Contrasts", bound in contemporary green morocco together with firsts of "True principles", "An apology for the revival of Christian architecture" and "A treatise on chancel screens and rood lofts", which was previously owned by Cher (Sonny &), who at one point owned a pretty extensive collection of Pugin-related books & furnishings.

I always though that Cher looked like a Pugin collector, but not Sonny...

'It is just that as a hardened trader, dealer, merchant, barrow boy or whatever I have noticed he is very, very hard to sell.'

Yes, the market doesn't lie when it comes to covetability. There's a Beerbohm story in Seven Men which is nice on this.

I have bought many, many Braggs over the years and I cannot remember selling a single one for more than 50p.

I agree with Bookride.