More celebrity collections, an A – Z 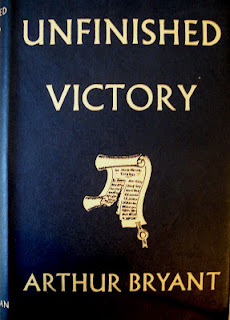 A  popular field with celebs. In his library of over 6,000 books at his home in north Essex, fogeyish Simon Heffer has a large number of modern firsts. One of his luckiest finds is the controversial Unfinished Victory by Arthur Bryant, which suggested that we should not be beastly to the German, and which now sells for more than £150. In 1998 Heffer found a copy online nestling on the shelf of a charity shop in Milton Keynes for an amazing £8. Melvyn Bragg has a complete collection of first editions by D .H. Lawrence, while ex-punk turned ardent royalist, Tony Parsons, collects first editions of his favourite books, which include Lolita, A Clockwork Orange, Catcher in the Rye ( up to £5,000) and the Bond novels. Poetical billionaire Felix Dennis has shelves of modern firsts, all immaculately jacketed, in his Carnaby Street eyrie. These include The Naked and the Dead, To Kill a Mockingbird, Under the Volcano, Voss and Billy Liar.

Music Hall.
At one time show business celebs were avid collectors of Music Hall memorabilia. Nowadays, you’d have to be around 100 to remember the era of Chergwin and Little Tich, and so the field for the more pricey stuff is open to genuine, but younger connoisseurs  of the Halls, like Roy Hudd, Jools Holland and Paul O’Grady. Hudd is known to collect a wide variety of Music Hall memorabilia. Oddly, I am a little surprised that more of those who admire the London-centric psychogeographers, such as Will Self, Peter Ackroyd and Iain Sinclair, aren’t attracted to Music Hall too. Although he told me that he didn’t have a large library on London, I suspect that Ackroyd does own a few works on the London Music Hall era.  Didn’t he write a book on Dan Leno ?

Nazis
Veteran horror actor Sir Christopher Lee (b. 1922) has confessed to owning only five or six books on the occult, but does admit to having a very large collection of books on the ‘Third Reich, Nazis and the SS ‘,but only because he was involved with war crime investigation... Good excuse, Sir Chris!

Odour.
Veteran travel writer, Jan Morris, is a great collector of travel books, but is also a book-sniffer. ‘Some people sniff drugs and glue, but I sniff books. It’s just something I’ve always done. ‘ Desmond Morris one told me that a scientist he knew could pinpoint the geographical origin of a book by its smell. He was best at identifying recently published books, but no doubt he was up for older books too. It is well known that American books of a certain vintage have a strong whiff of something resembling root vegetables.

Photographic books
With the rapidly rising interest in arty photographic books, the prescience of Antiques Roadshow pundit David Battie is admirable. He has long been a collector in this neglected field and when I talked to him he became very voluble about his copy of the exceedingly rare The Habit and the Horse (1857), a treatise on  ‘ female equitation’ (contains lithographs from photographs by Herbert Watkins) which he claims is the earliest book of this kind. Elton John collects photographs and possibly books of photographs. Bouffant-haired Queen guitarist Dr Brian May has a large collection of photographic books, with a strong focus on stereoscopy, in which he because interested as a child. In the late sixties he discovered the pioneering stereoscopic photography of T. R. Williams relating to an unidentified English village. After many years of research May identified the village as Hinton Waldrist, Oxfordshire and in 2009 published his findings in A Village Lost and Found. This is one of the few books by a rock star that has nothing whatsoever to do with sex, drugs and rock and roll. Identifying the others might be subject of another blog !

Gay literature.
‘Uranian’ literature, including  books by Edward Carpenter, E. E. Bradford et al., has always had a healthy market, but work by more modern gay writers is perhaps more popular today. It is  possible that many gay celebs have good collections. The trouble is, few if any, advertise the fact.

Reference
The best known collector of reference works is probably the late prankster Jeremy Beadle, who had an insatiable appetite for facts and figures and used his library to devise fiendishly difficult questions for his TV quiz show.[R.M. Healey] To be continued... 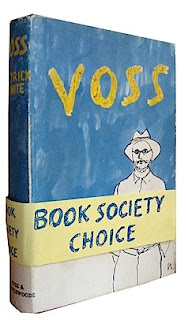 Many thanks Robin. One of the reasons I am not doing much blogging is that this year we bought the immense library of the great Beadle + more recently  2 even larger collections. Occasional tweets and that's it for the moment. A propos of sniffing books - the great dealer Andrew Henderson used to do this. The reasons may be almost occult but at least it can detect the presence of mould...as for Uranians Freddie Mercury collected the the great gay painter Henry Scott Tuke and it's hard to imagine he would not have had at least a few books of 'Love in Earnest' verse and hopefully a bunch of Baron Corvo. Last if the billionaire Felix D still has his 'Voss' a mod-first dealer might give £10 for it if the jacket is fine, but not us.

Am really enjoying these - many thanks Robin.

Didn't the appalling William Donaldson make up stories about famous collectors? One of his toilet books had - if I remember right - some comments on Lee van Cleef and other famous bods collecting modern art - some of which may have been true I suppose!

Book-sniffers may be interested in a recent publication by Steidl which includes a perfume by Geza Schoen that attempts to capture the smell of paper - http://steidlville.com/books/1312-Paper-Passion.html