More celebrity collections, an A- Z

Sherlock Holmes
The popularity of our greatest fictional detective is evinced by the fact that there are at least two fan clubs devoted to him. Membership of both is studded with celebs, but it is not easy to discover exactly who of these are genuine collectors. Popular entertainer Stephen Fry, a member of the Sherlock Holmes Society of London, has a fine collection of firsts, as has cultural historian and literary odds and bobs man,  Christopher Frayling, and comic novelist Simon Brett. The late Richard Lancelyn Green began his vast collection of Sherlockiana at the age of seven, and painstakingly built an accurate copy of Holmes’s study in the attic of his home. He vigorously fought a campaign against the sale of the Conan Doyle Archive in 2003, but all his efforts failed. At about this time I asked for an interview on his life’s passion, but he refused. He committed suicide soon afterwards and Sherlockians have speculated that the manner of his death, which closely resembled the suicide in ‘Thor Bridge’, suggests that, like the heroine of that story, he was trying to implicate one of his enemies in his death. Green’s collection of 14,000 books and over 200,000 other items filled 12 vans. 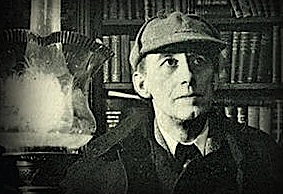 Signed books
Multi-award winning former US country singer Barbara Mandrell has a collection of around 300 autographed books at her home. She appears to confine herself mainly to show business figures, but also values her signed copy of Margaret Thatcher’s The Downing Street Years, which was a present. Perhaps someone should tell her that the unsigned copies are worth more. A much more interesting item in her collection is the ‘ very special ‘ book that Katherine Hepburn signed for her. ‘She never signs her books ‘ Mandrell revealed, ‘ But she signed one for me ‘.
Crime writer Ian Rankin collects signed books by writers he admires but has never met, such as Anthony Burgess and George MacBeth. He signs copies of his own books for collectors, but never adds a dedication. 'People don’t want dedicated copies', he contends.

Theatre
The late Dame Edith Evans had a wonderful collection of books on the theatre, including many which George Bernard Shaw, had inscribed to her. Tragically, when she was close to death an unscrupulous dealer conned some of these from her for paltry sums. Brian Forbes attended the auction at Christies where the remaining volumes were sold, but despite being armed with £10,000 from the Theatre Museum, was 'outbid ten times over'by an American University. 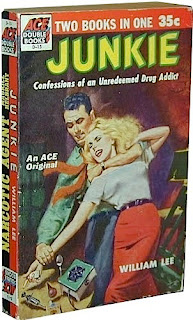 Key Sixties figure Barry Miles, co-founder of IT and owner of Indica, the trendy bookshop/gallery where Yoko Ono and Lennon first met, documents all things Beat and guards his probably unrivalled 'Beat library and archive' at his West End home.

Wales
Travel writer Jan Morris, who lives in Gwynneth, collects books on Wales and has so many copies of the Transactions of the Society of Cymmroddian, which was founded in 1751, that she has to store half of them at her son’s house. Neil Morrissey, star of Men Behaving Badly and that Homebase ad with Leslie Ash, is a great fan of Dylan Thomas and once owned five properties, including  Brown’s Hotel, in the poet’s hometown of Laugharne. But how good is his collection of firsts by Thomas ?

Women’s fiction
Jacqueline Wilson is that rare being, a true female bibliomaniac and has haunted second hand bookshops since she was a teenager. Fiction by women outnumbers other genres in her vast, double-stacked library, and when I interviewed her she showed me her firsts of Anne Tyler, Stevie Smith and Iris Murdoch. She was horrified when a friend announced that she had sold all her Barbara Pym firsts to a dealer for £10 each.

Germaine Greer also collects work by female writers, mainly of the seventeenth century, on whom she has published . She collects female artists too and once landed a wonderful portrait by Gwen John for a bargain. Workaholic art historian Frances Spalding collects firsts of Bloomsburyite stalwarts such as Virginia Woolf, as well as Stevie Smith. It is likely that the library of the self-deprecating Jeannette  Winterson also contains a fair number of key work by female writers.

Many thanks Robin. A little unfair on Baroness T...as a dealer, I find she is very saleable, although she signed a lot of books. It's Ted Heath you don't want, some of his books are quite hard to find unsigned. Also Katherine Hepburn is not an impossible signer although her signed autobiography is a few hundred of your British pounds. I once saw her in a London cab and she laughed when recognition dawned on my face...a great moment. Lastly I have seen Jeannette W bidding at auction - for a T.S. Eliot item as I recall. A great punter.

You are not wrong. It is easy to sell autograph stuff of the Iron Lady..she is big all over the world. Tony B too sorry to say.

I have a couple of books inscribed by Ian Rankin to me, but alas The Flood just has the signature (but has a doodle!).