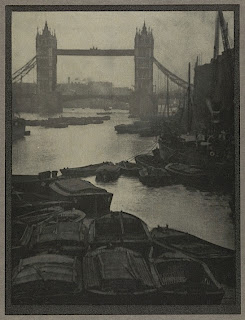 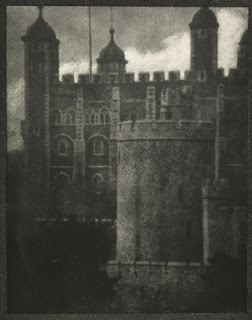 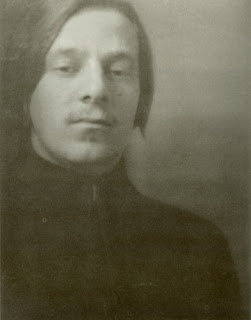 Somewhere I have seen a little masonic book with Coburn wearing the dress of the order and looking about as  Bohemian as John Major. It seemed curious he had once been a wizard of the lens right up there with Sander, Emerson, Ray and Stieglitz.
Posted by Bookride at 7/24/2012

In the early 70's I worked for a bookseller whose reserve stock included a smallish remainder (6-8 copies) of London. Do not recall what was asked for a copy. A year or two later a US dealer offered me the first two volumes only of the deluxe issue (copy #2) of the New York edition of Henry James' Works, each volume inscribed by James to Coburn. I decided I had better, tho' non-essential, use for the $500.00 asked. A warning to you all.

Thanks Lapinbizarre - indeed a cautionary tale. That James edition is Coburn at his finest, still $500 got you a long way then and now it wont take you much further than John O' Groats. N

I take solace in the fact that I would have sold it a few years later, with my small James collection, for a fraction of what it would now be worth. I DID own (sold!) the copy of the two-decker Confidence (considered by some scholars to be his worst novel) that James presented to Turgenev. Now, I recently discovered, in the open stacks of the US library that bought the books.

These pictures are not exactly what I was looking for. But if speaking about Olympics, can you tell me top water sports in London?