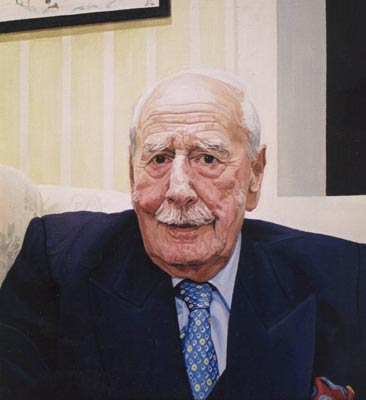 BEVERAGES/ MEMOIRS/ CHARACTERS
Published by Book Guild in 1991 and now difficult to find and wanted by quite a few people. Some of them think whisky is spelled 'Whiskey' and will never find it. I am indebted to a site called 'This is Ludlow' for much of this info about the great man. Hugh George Harley Ripley (1916 - 2003) was the third son of Sir Henry Ripley, 3rd Bt, a sporting squire seated at Bedstone in Shropshire, and his wife, Dorothy, who came from the neighbouring squire-archical dynasty of Harley of Brampton Bryan, Herefordshire. He had a bucolic upbringing in the Welsh Marches and became a skilled horseman, fisherman and shot. He went to Eton, natch. At Eton he would attend local race meetings disguised with a false moustache. He then entered a firm of East Indian merchants in Glasgow before being sent out to Ceylon as a tea planter. The Ludlow site takes up the story:

"...Ripley's recollections of his life as a sini dori (small master) in Ceylon in the late 1930s had a flavour of Somerset Maugham. In Whisky for Tea he gives a fruity account of how he learnt Sinhalese through the traditional method of "the sleeping dictionary", apparently a three-volume work in his case, comprising two girls and their mother ("herself by no means unattractive").

[After a good war]...his commanding officer gave him the following testimonial: "Major Ripley was a gallant soldier. He is a good boxer and a good shot, and he has a happy knack of achieving maximum results with a minimum amount of effort."

This "happy knack" stood Ripley in good stead during his 34 years with John Walker & Sons, Scotch whisky distillers. After learning the craft of distilling in Scotland, he spent some riotous years "on the road" with a dipsomaniac New Zealander before finding a comfortable berth in Johnnie Walker's plush headquarters in St James's Street, across the road from his club, Boodle's.

In 1956 he succeeded his father in the baronetcy and the Bedstone estate, and promptly demanded a seat on the board of Johnnie Walker. As "Sir Hugh", his status among barmen and publicans soon reached mythic proportions... At the Licensed Victuallers' Golfing Society "stag party", it was typical of Ripley to make off with the clothes of the stripper.

"The Old Rip", as he was known, was a familiar figure in countless watering holes around the world, as well as in such haunts as Annabel's nightclub, the Long Room at Lord's and on the Burma Road course at Wentworth, not to mention the Turf. At one stage he part-owned a singularly unsuccessful racehorse called The Hughstan.

Ripley was a foxy personality of roguish charm, who reminded some observers of the 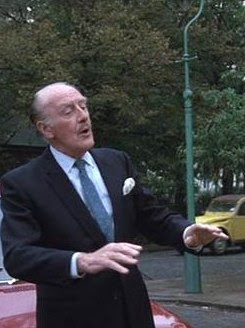 Major in Fawlty Towers (pic right) and whose appearance came increasingly to resemble the caricature of Johnnie Walker in the advertisement ( "Still Going Strong"). He relished the relaxed morals of the Swinging Sixties but never lost his shrewd Shropshire lad's cunning or his passion for country sports."

He is also reminiscent of the Fast Show character Rowley Birkin and the great British actor Terry Thomas. He may just have been a tiresome English hooray of course...but you have to admire his courage and insouciance. An incident in the book gives a flavour of his devil-may-care style not to say his sang froid. Ripley is wounded in an attack:

"an appalling noise and a shattering blow to my head and face. I evidently passed out for a short time. When I came round I found blood oozing out of the left side of my face. I couldn't see out of one eye and my mouth seemed to be full of stuff. I spat and a mass of blood, teeth and metal came out. A piece of shell had gone through my cheek, broken the sinus bone, and ripped out a lot of teeth."At the field dressing station Ripley was approached by the padre. "Cheer up," he said. "Have a cigarette." Ripley puffed at the lit gasper and noticed the padre looking at him in rather a curious way. "You know, you will remember this. I expect it will be the first and last time that smoke comes out of your cheek when you smoke a cigarette."

This incident won him a citation for bravery and the Silver Star for "thorough and aggressive reconnaissance... inspiring 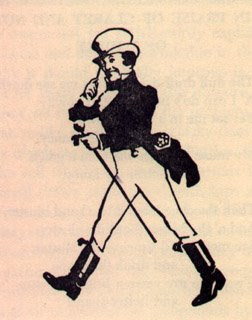 leadership and complete disregard of his own life and safety." Stiff upper lip or what?! Ripley was a character completely out of place in the prig Blair's Britain but his approach to life was worthy of a Zen master - 'achieving maximum results with a minimum amount of effort.' There's a self help book there - 'The Ripley Way' or 'Ripley's Game.'

VALUE? When first listed 2 years ago there were no copies on the web. The Book Guild is mainly a Vanity Press and printings are small. On Amazon an unpleasant but readable library copy sits at $120 with another guy at a sadistic $800 for a newish copy. On Abe the egregious Bookbarn have a nasty copy (ex lib again) at $550 which appears to be the same copy as on Amazon USA at $120. Given an ex library copy should be a fraction of a new copy (let's say a minimum of a quarter) this represents about $2000. I suspect that if the $120 copy is bought the $550 copy will not be available. Talk about "The Old Rip".
Posted by Bookride at 9/22/2008