The Strange Mystery of the $1000 Duffy 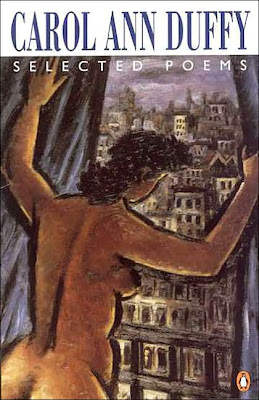 As the Hippies used to say 'I can't get my head round this, man". Why are 4 booksellers on the web all charging over £500 for a paperback that can be obtained for less than £2 in the same edition and for £5 signed by the great writer? The book is Carol Ann Duffy's 'Selected Poems' (Penguin 2004) All list the book with the slightly obscene misprint 'Cuntry' in the abbreviated list of contents. It is believable that a poet might use it as a punnish new word, but in this case in all published copies it's "country." I have heard of relisting but this OTT.

It is hard to imagine the circumstances in which someone would buy the book; even the ridiculously rich do not want to pay 200 times the going rate. Two scenarios occur to me.

1. An immodestly wealthy Frenchman has a mistress who has expressed an interest in the works of Ms Duffy and says to his slightly dim witted butler 'Buy me the most expensive Carol Ann Duffy book in the world and have it brought by courier to my mistress in Paris and make it snappy...'

2. A conceptual artist realising that the book has an unfathomably nonsensical price buys it and exhibits the book and the purchasing paperwork (possibly slightly treated and arted up) and exhibits in a thick perspex box. If Richard Prince had a mind to do this it might fetch $100,000, possibly to be bought by the wealthy Frenchman for his demanding mistress.