Reading that Sotheby’s are 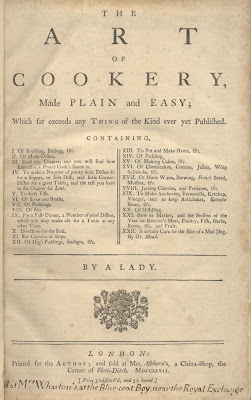 to sell a wonderful private cookery library on 15 July reminded me of the time I interviewed the brilliant Swiss chef Anton Mossiman (below) at his plush Belgravia restaurant. I wanted to know more about his huge collection of cookery books and had asked him to bring to the interview some of his favourite volumes. I was not prepared for the treasures that he lay before me on the table. These included an edition dated 1507 of Der Kuchenmeister, the earliest cookery book ever printed, which was partly in Latin, partly in German.. He also showed me a first edition dated 1570 of one of the most attractive cookery books ever published--- the work of Bartolomeo Scappi, chef to Pope Pius V, which contains fascinating plates of cooking utensils. In all, Mosimann’s gastronomic library came to around 6,000 volumes, most of which he has placed at the service of the students on his training centre in Battersea.

Mosimann had been a dedicated collector since his training on the continent—where he had picked up early texts for a few francs--hence the European slant to his collection, and I suspect that the continent is still the place to look for very early cookery and medical texts. However, even on the continent, treasures like Scappi and Der Kuchenmeister are rarely to be found outside libraries, and in the unlikely event of copies turning up for sale, would fetch five figure sums. Most 16th century and seventeenth century cookery books in English are also expensive, with Robert May’s The Accomplisht Cook (1660), which won praise from Elizabeth David and Frances Bissel, making more that £4,000 at auction a few years ago. Doubtless the demand from well heeled celebrity chefs has pushed up prices. For a collector with a more

modest pocket the place to start is the early eighteenth century-- a time of peace and plenty when a burgeoning middle class loved to stage elaborate dinner parties.

But generally you should forget manuscript books of recipes. Mosimann found original material in them, but many recipes were copied from printed books and most manuscripts are dominated by home remedies for the bite of a dog or the bloody flux. It’s all a bit folk-lorist . I’ve looked at a lot of these cookery manuscripts and most are no better than that most boring of documents, the common-place book of some bored cleric or unmarried daughter of a Georgian landowner. Instead look out for the big names of the Georgian and Victorian period—Hannah Glasse, Sarah Harrison, Eliza Smith , Mrs Rundell, Eliza Acton, William Kitchener, Francatelli, Mrs Beeton.

To Mosimann and many others Hannah Glasse is a classic. Fifty editions of her Art of Cookery Made Plain and Easy (1746) were published in the 18th century alone and early editions are always pricey at £700 upwards. And although Glasse’s predecessor, Eliza Smith, bulks up her Compleat Housewife (1739) with 190 pages of home remedies and suchlike, a first will still set you back around £600, while the Kegan Paul reprint of 2005 is listed on the Net at a dyspeptic $200. Another early Georgian, Sarah Harrison, is worth seeking out for her tips on preserves and sauces. I was lucky enough to be given my copy of the sixth edition (1755) by a friend, but much as I appreciate the gift I cannot understand why Dombey & Son are charging £1,040 for a book of such modest length. Mrs Rundell, a much more voluminous writer, whose Modern Domestic Cookery by a ‘Lady’ (1806) reached 65 editions in 35 years, isn’t anything like expensive. I bought my early Victorian edition for just £3.50 in the nineties, and at present Roe and Moore have a second edition for a piffling £28. 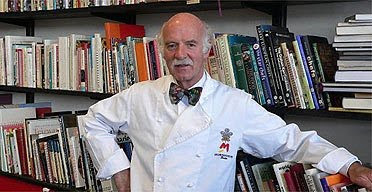 Most cookery writers of the 18th and 19th centuries are female, but there are some outstanding male writers too. Charles Carter was a contemporary of Glasse’s, but his Complete Practical Cook (1730) is now, according to one Suffolk dealer, who wants a tasty £3,800 for his copy, ‘ very scarce ‘. Then there is William Kitchener, a doctor, with a doctor’s no-nonsense attitude. He was primarily interested in the working of the digestive system and his scientific take on cookery made his Cook’s Oracle(1817) an instant hit ( eight editions before 1830) . In some ways, he was the Heston Blumenthal of Regency England. He was also unusual it that he named particular grocers in London as sources for ingredients. I paid £6 for my copy, but today expect to shell out at least £100 for an edition from the 1820s onwards. Eliza Acton probably deserves to be called the greatest English cook and the prices match her status. Jonkers have a first of her Modern Cookery for Private Families (1845) at £955, but later editions ( five within one year ) are much cheaper. Acton offered homely fare, something Charles Francatelli, chef to Queen Victoria and author of The Modern Cook (1846) would have disdained. My copy is almost mint---not a single gravy stain-- which suggests that for some readers Francatelli was more suited to fantasy bed-time reading, than practical use Of the equally voluminous Mrs Beeton, who lived under a racecourse pavilion and died at 29—not a lot needs to be said here, except that a first of her Household Management (1861) can be had for a surprisingly modest £500, though those countless late editions that crowd the cookery sections of second hand booksellers should cost no more than a few quid . [ R.M.Healey]

Thanks Robin, wise and timely words as always. I mentioned earlier the story of the great cookery book library that I didn't get...Sometime in the 1980s I was called to a house in the Belgravia /Chelsea area to offer on a a load of books. They belonged to a pleasant person called Felicité Gwynne who was then manager of the exclusive Chelsea bookshop Sandoes. I remember walking along the hall past rows of fabulous cookbooks including what seemed hundreds of 18th century and earlier tomes in limpid contemporary bindings. I mentally punched the air as there are few things that sell faster or more easily. I was whisked up to her quarters in the attic and asked 'What about those cookery books?' - Felicité politely informed me 'Oh those are my sisters and are not for sale--she's Elizabeth David you know...'

Meanwhile here is a recipe for a Yorkshire Pudding from The Art of Cookery made Plain and Easy, by Hannah Glasse, 1747. Serious calories. It is from the excellent Jane Austen Centre site and even has a video demonstration of how to make this gastronomic delight.

Take a quart of milk, four eggs, and a little salt, make it up into a thick batter. You must have a good piece of meat at the fire; take a stew-pan and put some dripping in, set it on the firel when it boils, pour in your pudding; let it back on the fire till you think it is nigh enough, then turn a plate upside down in the dripping pan, that the drippings may not be blacked; set your stew-pan on it under your meat and let the dripping dorp on the pudding, and the heat of the fire come to it to make itself a fine brown. When your meat is done and sent to table, drain all the fat from your pudding, and set it on the fire again to dry a little; then slide it as dray as you can into a dish; melt some butter, and pour it into a cup and set it in the middle of the pudding. It is an excellent pudding; the grave of the meat eats well with it.
Posted by Bookride at 7/13/2010