THE A - Z OF CELEBRITY BOOK COLLECTING

Right wing anti-semites are probably not much in vogue just now, and most firsts without wrappers by this controversial French novelist are very reasonably priced at under £30. Iain Sinclair is a keen collector. Having already acquired Journey to the End of the Night and Death on the In 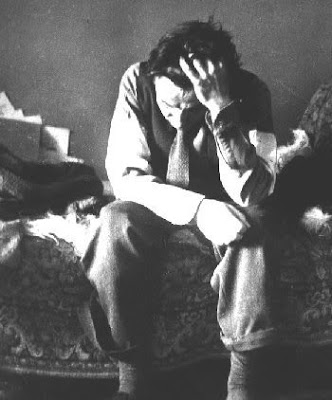 stalment Plan, he was delighted to find a rare pink jacketed edition of Celine's Guignol’s Band (1954) ‘on the floor’ of a Tunbridge Wells bookshop. Sinclair’s friend and colleague, Chris Petit, a film-maker (Radio On, An Unsuitable Job for a Woman) and thriller writer, is another great admirer. (Pic of Celine Left.)

When was G. K. Chesterton last in fashion ? Perhaps as long ago as 1932 , when his firsts fetched serious money. Tory ex Education Secretary Kenneth Baker and ‘ Tory anarchist ‘ Richard Ingrams aren’t bothered by such considerations. To them the man Wyndham Lewis memorably called ‘a foaming Toby jug’, is still an attractive figure. Baker loved his ‘ marvellously romantic language ‘ and in the fifties was able to acquire firsts for ‘ half a crown ‘ ( 12.5p ) in Foyles’s. But though most of Chesterton’s poems, novels and short stories are never likely to rise in value, the first two Father Brown titles and three of his earliest novels remain expensive. For instance, Peter Harrington has a superb copy of The Innocence of Father Brown (1911) for $2,000, while the rarer Wisdom of Father Brown can go for up to $750, though the cheapest copies of The Credulity of Father Brown and The Secret of Father Brown are listed on ABE at a mere $12 each. Multiply these prices by ten for copies in jackets, though these would be pictorially dull and parcel-paper brown in colour. Expect to pay up to $400 for a decent copy of the fantasy classic The Man Who Was Thursday ( 1908), though a Cecil Court bouquiniste is asking $940 for his copy.

William Cobbett will always be collected for the simple reason that he has never really been in fashion. Richard Ingrams is a great fan, as was the late Paul Foot. In fact the two Private Eye stalwarts used to spend their lunch hour away from Greek Street looking for works by Cobbett and other radicals among the book barrows of nearby Berwick Street, which, alas, are long gone. Among Ingrams’ fine Cobbett collection is a copy of his History of the Reformation inscribed by the author to the Pope, which he bought from Hatchards and which today might go for many hundreds of pounds. Though not actually trendy, Cobbett is now seen as a practitioner of such New Age values as self-sufficiency, environmentalism, libertarianism and plain speaking on politics, religion and the corporate world. His hated ‘ stock-jobbers ‘from the Great Wen building villas in the Home Counties can be compared with modern-day bankers buying huge Georgian rectories in Norfolk with their obscene bonuses . 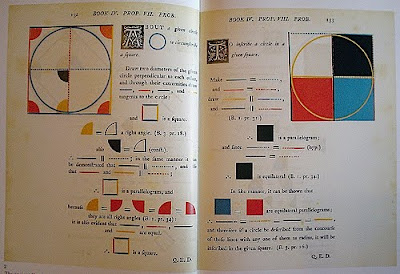 Don’t let that professorial mien fool you. Bamber Gascoigne, the original University Challenge question intellectual. Actually, he began as an expert on theatrical farce, later becoming an authority on colour printing. One of his prize possessions is Art Treasures of the United Kingdom, which he bought from Robin de Beaumont. Antique Roadshow expert David Battie, whose physician ancestor gave his name to the adjective we use the describe the mentally ill, is also passionate about colour printing and owns a much loved copy of Oliver Byrne’s The Elements of Euclid (1847), arguably the most sought after of all early colour-printed books, which Battie acquired with the compensation money he received after a road accident. Even while he was working as a porter at Sotheby’s earning £8 10 shillings a week, a copy fetched £70 at auction, which gives an idea of its value.

Multi-millionaire face of Sainsbury’s, Jamie ‘ Pukka ‘ Oliver, is known to be keen collector of manuscript cookery books, while other celebrity collectors in this most fashionable of fields include actor Richard Griffiths, and TV cooks Delia Smith and Clarissa-Dickson Wright.

Legendary ex Stone Charlie Watts has a purse long enough to afford the great rarities of cricketiana, which along with other sports memorabilia, will always find wealthy collectors. Wisely Watts uses pal David Frith to bid for him at auctions. Colleague Bill Wyman, Penge’s most famous son, is also a cricket fanatic, though he seems to prefer metal detecting to collecting cricket books. Tim Rice is another well heeled collector who probably uses an agent at sales.

Led Zeppelin’s Jimmy Page is a well known admirer of Aleister Crowley. In 1971 he bought the Great Beast’s cottage in Scotland and once owned a bookshop which he named The Equinox. He outbid Kenneth Anger in 1973 for a copy of Crowley’s legendary essay in erotica, The Scented Garden of Abdullah (1910), a rarity which can fetch over £2,000 at auction and costs over £100 in modern facsimile form. [R.M.Healey]

Many thanks Robin. I guess celebs are a new aristocracy, a 100 years ago we would be going on about baronets and belted earls. Celebrities are better looking, surely -but are they any brighter? When Jamie Oliver was on Desert Island Discs he told Plomley or whoever that he had never read a book and would not actually be taking one to his island. I suppose manuscript cookery books are an exception. Manuscripts are a rich man's taste--for example they are collected by Bill Gates (early science.) A useful punter. As for Jimmy Page he has just issued a signed book from the redoubtable Genesis publishing house - I expect it to become hotly traded on Ebay. Rock on.
Posted by Bookride at 8/08/2010

The uberpublishing house Taschen have recently issued a facsimile of Oliver Byrne "The First Six Books of the Elements of Euclid" (£34.99)