THE A - Z OF CELEBRITY BOOK COLLECTING

TV zoologist and popular anthropologist Desmond Morris (Naked Ape, Man Watching ) has a wide-ranging, enquiring mind and a huge library ( 25,000 volumes and growing by the day) that reflects not only his professional concerns as a zoologist, but also his interest in related fields, such as literature, art ( especially surrealism), ethnography and archaeology. Of the works on zoology his favourite is The History of Four-footed Beasts and Serpents by Edward Topsell (1658), which is coveted by zoologists for its extraordinary depictions of animals. He also acquired ‘for a few pounds’ some loose pages from Gessner’s Icones Animalium Quadruped, a much earlier work in Latin on which Topsell partly based his own book. Gessner very rarely appears for sale. Topsell is more common and a copy can go for £3,000 or more, depending on condition.

No-one collects books by Sir David Attenborough, as far as I know. However, I have been told on good authority that the veteran broadcaster owns a wonderful collection of antiquarian books on travel and animals. Unfortunately, he has twice declined to be interviewed by me, and I have decided to leave him in peace. 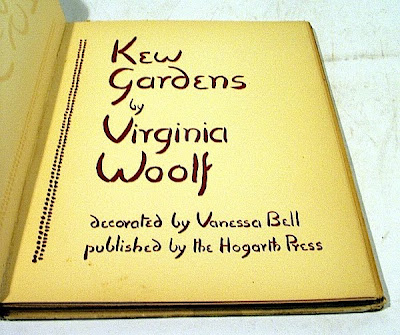 Some celebrities avoid auctions for obvious reasons, although a few, such as Rolling Stone Charlie Watts, employ agents to bid for them. Others attend them to lend colour to TV programmes such as Cash in the Attic, which often feature lots sold on behalf of various charities. However, a few celeb collectors are addicted to auctions. Desmond Morris is one of these. Having begun to visit them as a boy his addiction has persisted up to the present, as he explains:

‘ They’re very dangerous places for me. I tend to get carried away. I went to one recently and ended up with over 270 books, which was a very bad day. No-one wanted one particular lot, and so I bought it on spec. Later, I sifted through this lot and found just half a dozen books of value. The rest are still in cardboard boxes.’

Cult psychogeographer and ex book dealer Iain Sinclair once bought for a small sum around the time of the author’s death a copy of Lennon’s In his Own Write ‘ from a sort of gypsy woman ‘ in Portobello Road. It was apparently signed by all the Beatles and their girl friends, and he considered selling it on his stall for £25, but eventually let it go for a cool grand.That was in the days before auctions of Pop Memorabilia . Today, of the big names that attract the most interest, the Beatles and Elvis top the charts with the stars that died young ( Hendrix, Joplin, Bolam, Morrison, Brian Jones, Sid Vicious ) well down the list. But the good stuff is still out there. Just think how many fliers, autograph books, programmes and tickets the Fab Four must have signed in their 8 years of fame.

Sinclair collects the Beats too and has a first of William Burroughs’ Junkie published in pulp thriller format under the pseudonym ‘William Lee’ with Maurice Helbrandt’s Narcotics Agent, which he houses in a specially made slip case. He didn’t tell me where he found this modest looking paperback of 1953, with its sensationalist cover, or how much he paid for it, but I sometimes wonder if copies have ever turned up in some otherwise unpromising UK charity shop ( not Oxfam, obviously ) among the chick lit, modern thrillers and self-help books. My advice, however, is to try thrift shops in the States. But if you can’t wait, expect to shell out a cool £300, or more for a copy, although don’t expect it to be in good condition. 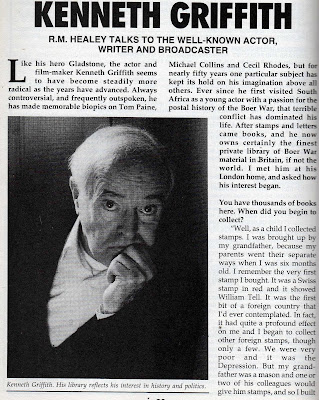 I was quite unprepared for the number of volumes assembled by the late maverick actor and film maker Kenneth Griffiths in his four storey Victorian home in Islington. Most were on the Boer War, which Griffiths got into during the fifties via stamp collecting. I sometimes wonder what happened to this collection, which was by far the best in private hands in the UK, possibly in the world. Rare titles in Griffith’s library include the Cape of Good Hope Railway Reports (1900) and South Africa Field Force Casualty Lists, but the most valuable item, according to him, is an empty envelope overprinted ‘Special Post ‘, which he valued at around £10,000.

Denis Healey bought a first of Virginia Woolf’s Kew Gardens in Italy during the war for the equivalent of two shillings (10p), which was a good investment for the future Chancellor, who is a devoted Bloomsburyite, even down to choosing a house a few miles from Charleston Farmhouse. Nowadays all Bloomsbury products are in great demand and copies of this attractive, but physically delicate product of the Hogarth Press, with its Omega Workshop hand coloured 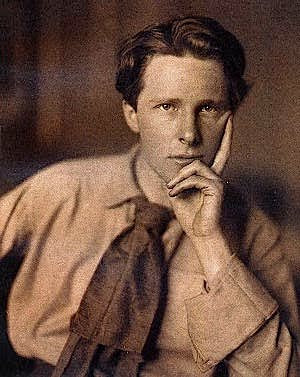 wallpaper wrapper, can go for as much as $36,000 . Peter Harrington has a copy at this price.

A lock of Rupert Brooke’s hair is one of the most prized items in the collection of Grecian 2000 enthusiast and Radio 2 DJ Mike Read. Other books by or on the First World War poet include De la Mare’s Rupert Brooke and the Intellectual Imagination, which is not common and the scarce Poems (1911), a snip at over £400. When I last spoke to him in 1998 Read was still coveting the incredibly rare The Pyramids (1904) and The Bastille (1905), two prize-winning poems that Brooke published while at Rugby School. Today , perhaps, the DJ can afford to buy them, though the royalties from his biography of Brooke won’t help him much . He’d need to set aside at least £12,000 for the two.

Wise words Robin and many thanks. I should explain these morceaux are taken from many years of interviews with well known book collectors, celebs and writers- including at least one billionaire. I can vouch for the delightful Baron 'Blue Planet' David Attenborough as a collector, I have seen him at ABA fairs buying large botanical colour plate books from carriage trade dealers. Not a great investment, prices having generally been higher in the 1980s than now. As for the Beatles I know that Ringo has a serious collection of books about pirates, possibly begun in his days as a shipboard entertainer. He was last seen asking to be called by his real name --Richard Starkey--on Aviva adds. The good old Norwich Union.
Posted by Bookride at 8/01/2010

I have a number of his books, worthless in monetary terms but they are graced with his signature.

The Beatles are difficult as their roadies were signing their autographs from the early 60s (according to Flog it!). As ever, provenance is all.