The A – Z of Celebrity Collections (continued) 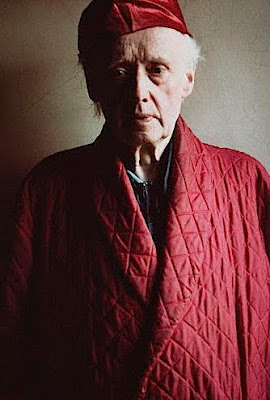 Does anyone read, let alone collect, the novels of William Gerhardie ? He was born in St Petersburg in 1895 and his novels are set mainly in Russia. A literary lion in the twenties, Waugh called him a genius and H. G. Wells championed his work. But his star waned. He published nothing after 1939 and died in 1977, an almost forgotten figure. Prize-winning biographer Michael Holroyd, however, has always been a great fan. He tried with others to jump start a Gerhardie (left) revival by providing forewords to reprints of his work, but seems to have failed. He owns a number of his firsts, including Of Mortal Love and The Romanovs. The grateful Gerhardie signed the latter ‘ To Michael Holroyd, the English Gogol, from William Gerhardie, the English Chekhov. He is still appreciated by a few cognoscenti , if the prices in ABE are any indication, although there are very few first editions for sale, and even a signed limited edition of this once feted novelist can be had for under £100.

Passionate gardener Germaine Greer, who as a child wanted to be a librarian, combines her interest in women’s writing with a love of herbals. One of her 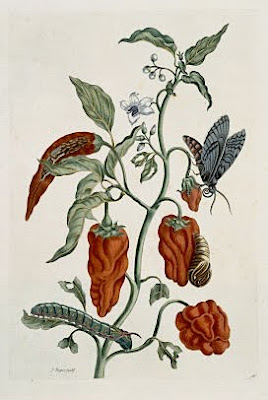 favourites is Elizabeth Blackwell’s Curious Herbal (1737 - 39 ), which was published to repay her waster of a husband’s debts. After the redoubtable Blackwell was given access to the Chelsea Physic Garden she drew 400 of the plants there, provided the accompanying text, then etched the plates (comfrey, left) and coloured the prints made from them. The book, which appeared in parts priced at a shilling plain and 1/6 coloured, was an instant success with the public, though some professional botanists were a bit sniffy. It went through several editions and as late as 1806 the large paper edition was still selling for its original price of 10 guineas. Today, the book is highly sought after and you’d have to shell out a $55,000 on ABE for a copy of the first edition, though later ones are a little cheaper. Incidentally, Elizabeth’s wifely devotion cut no ice with her ne’er do well husband, who ended up being beheaded in 1747.
Tree–lover Felix Dennis is also keen on ancient herbals and owns several, including Fuch’s celebrated De Historia Stirpium of 1542. Rather bizarrely, the billionaire feels that these early herbals are ‘ too expensive ‘.

Art connoisseur, actor and director Edward G. Robinson, who lost most of his picture collection when he divorced, also had a wonderful library, including, I believe, incunabula. Jerome Kern had a priceless collection of American and British firsts and manuscripts, which he sold in the nineteen twenties. In contrast, the director George Cukor owned a ‘ worthless ‘ library, according to Book Dealer to the Stars, Elliot Katt, whom I interviewed in March 2000. If, for instance, he was entertaining Aldous Huxley for the evening Cukor would send someone out to buy a copy of a book by his guest for him to sign. The book this assistant came back with would inevitably be a crappy copy and when Cukor’s collection was sold after his death every book was found to be worthless, even though most were signed. ‘The best thing you could do with such books, Katt told me , ‘ was to rip out the signed pages, mount them with a photograph and frame them. So that’s what happened ‘. 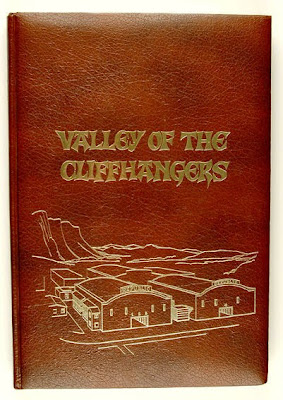 was interested in certain people at certain times, according to Katt, who would close his store when Jacko stepped through the door. On one occasion the singer bought the actress Elizabeth Taylor’s biographical epic Nibbles and Me, which was about her pet squirrel. In the mid eighties the King of Pop was seriously into books about child movie stars who became adult stars.
Katt also revealed that Spielberg’s Raiders of the Lost Ark was based on an obscure labour of love published in 1975 by Jack Mathis called Valley of the Cliffhangers, a compilation of the cliffhanging serials brought out by the Republic Studios between 1935 and 1955. Though originally priced at $66, this limited edition, now fetches between one and two thousand dollars.

Even big name celebs baulk at the prices that pre-1500 books fetch. Many, including Felix Dennis, who is fascinated by ancient typefaces, covet incunabula, but perhaps even multi-millionaires have better things to do with £20,000+ ( although I suspect that Dennis has one or two select items secreted away somewhere ).The library of the late Sir Paul Getty, an eminent cricket-loving Anglophile, contained several volumes of incunabula, but after all, the man was a scholar as well as a gentleman .Perhaps it’s the fact that most pieces of very early printing are in Latin that deters modern celebrities, including Madonna. Certainly, books in Latin or Greek ( of whatever date ) feature very little in the libraries of the forty or more celebs I have interviewed. 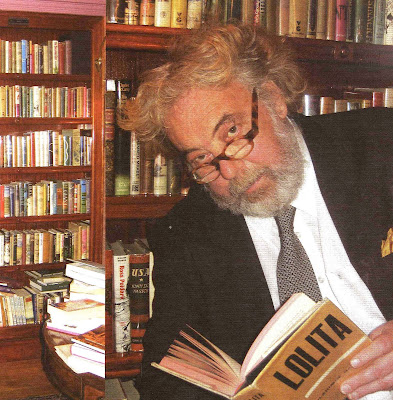 Most antique and junk shop owners only have a rudimentary knowledge of rare books, which even in today’s world of the Internet makes such shops good hunting grounds. Only the other day I bought a Geneva Bible of 1611 for a mere £20 in a junk shop. Back in the sixties, when David Battie began to collect, the opportunities to nab bargains were much greater. As a young amateur dealer Battie paid two shillings (10p) for a manuscript by William Sowerby, the famous botanist. Ignorant of its worth, he was overjoyed to sell it for £20. Today, as he ruefully admitted to me, that manuscript might fetch twenty or thirty thousand pounds. [Robin Healey]

Many thanks Robin, wise and timely words. I had not heard of this Hollywood sleeper 'Valley of the Cliffhangers' and copies are unlikely to show up in profusion on these shores. There are copies in its meretricious padded leather binding on ABE at around $900. Some unfortunate punter paid $3696 for a copy in 2005 at Hake's Americana Auctions. It was described thus:

Interestingly the real selling point (Lost Ark inspiration) was not used to sell it. I calculate that with interest etc., the buyer dropped $3000 when he put his hand up to bid. So much for sleepers. As for the deathless Gerhardie he has become quite desirable and is asked for in the shop. Graham Greene, a great fan who also knew him, once said that he (Gerhardie) was amazed that his genius was not immediately recognised by all, a feeling not uncommon among writers.
Posted by Bookride at 8/31/2010

Thanks Robin, thanks Nigel.

Gerhardie looks a bit like a depressed version of Ivor Cutler. Wonder who the Gerhardies de nos jours are!

Re celeb collectors - William Donaldson invented a few rumours in his toilet books, eg about Lee van Cleef and his supposed extensive collection of obscure poets. I suppose such fables have always been invented.

The last TLS had a piece on some Millais drawings found stuffed inside a Led Zep roadie's album sleves - it seems they belong to Jimmy Page.

Must be many more such treasures hidden away in Rock Legend acquisitions.

You are right Edwin--it's Ivor Cutler on a bad day. William Donaldson was a laugh, I also had to laugh when a fellow bookplate collector told me he had been offered a book from Gracelands with Elvis's bookplate in it. It did not materialise and was almost certainly a wind-up. As for Jimmy Page we could use more rock stars like him-- a scholar and a gent. Love is the law...