Glam rock king of cool Brian Ferry is a fan of this controversial artist and writer. Ferry owns first editions of Lewis and a portrait of him by Augustus John. The singer also took the typeface used on the cover of Roxy Music’s Manifesto from Lewis’s magazine BLAST, as did Holly Johnson, ex-front man of eighties beat combo Frankie Goes to Hollywood, for his solo album, which he imaginatively titled Blast. David Bowie collects paintings by Lewis and no doubt owns first editions too.

Because he is always so well informed on the subject I once asked G. K. Chesterton lookalike and pioneer psychogeographer, Peter Ackroyd if he’d care to be interviewed on his collection of London books. He declined the invitation, explaining that he had no collection to speak of. I refused to believe this at the time and remain unconvinced today. There are no doubts concerning Ackroyd’s protégé, Iain Sinclair. His fine working library of Londoniana includes most of the works of Luke Howard (1772 – 1864), the London-based amateur meteorologist and author of, among other works, Barometographia, The Climate of London, and Seven lectures in Meteorology, all of which are very expensive. The municipal library in Stratford, east London, contains a collection of his books. Oddly, expensive or not, ABE contains no books by Howard except the usual 300 or more print-on-demand ‘ books’.

Lord of the Flies

In 2004 Joseph Connolly, former book-dealer and writer on modern firsts, and now novelist, told me a comic anecdote involving a first of Golding’s Lord of the Flies. Apparently, a dealer had bought to his shop an immaculate copy of the novel :

‘ It was absolutely perfect in very way. So I asked the dealer what he wanted for it and he said he wanted eight pounds. We didn’t haggle and I 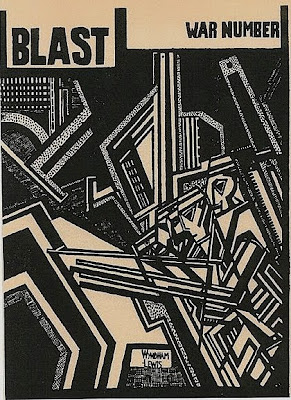 gave him the money. Every year after that transaction the man came into the shop looking greyer and more haggard each time. He used to ask me what became if that Lord of the Flies. I told him I still had it. And as the price escalated he shrivelled up. I don’t think he will ever forget the day he sold me that book ! ‘

A first of Golding’s masterpiece with wrapper will now cost you upwards of £2,000.

Simenon exerts a fascination over the sort of people who are drawn to modern continental literature, the metropolitan underworld, and Greeneland . Chris Petit is one such person. Maigret books occupy several shelves in his City eyrie by the Thames. But his collection will probably never be complete. According to him, a couple of rich and determined Simenon collectors have inflated prices for the English editions published in the ‘forties. ‘One lives in Hong Kong, and some dealers act as brokers for these collectors. As a result these jacketed English editions now fetch up to £85 or £90 each.’. The Man Who Watched Trains Go By is a title that, according to Petit, never comes up for sale, though today ABE has a first with wrapper at $317 and one with no wrapper at a tenth of the price.

Of the many celebs interested in collecting modern firsts, two I interviewed stood out as eminently able to afford the best and rarest of them. Billionaire Felix Dennis is one---the other is Lord Kenneth Baker, who is worth slightly less.
Dennis doesn’t collect any fiction less than 25 years old, but does own many firsts of classic American and British twentieth century fiction, all in immaculate wrappers, which he claims ( as an ex art student) are what primarily attracts him. When I visited him he could have chosen to be photographed with any one of a hundred volumes on his shelves, but for some reason he chose a copy of Lolita.

Lord Kenneth Baker, cruelly portrayed as a slug in Spitting Image, owns a collection of modern firsts that might have graced the shelves of the late lamented Ulysses bookshop. He owns firsts of Brighton Rock and Greene’s notorious Babbling April (both with wrappers ), and all of Waugh’s and William Golding’s firsts, except the latter’s elusive Poems. He also has a soft spot for Stevenson and cherishes copies of Dr Jekyll and Mr Hyde and Treasure Island, both top drawer items. But he also owns an exceedingly rare pamphlet of just 4 pages that Stevenson had originally published for a charity bazaar in 1871 but which he reprinted in 1882 as Moral Emblems. Unexpectedly, Baker has some distinctly contemporary tastes in fiction. He likes Paul Auster and Candida McWilliams .

Prizewinning and fashionable chronicler of dysfunctional teenagers, Jacqueline Wilson, who began her literary life as a ‘ lowly typist ‘ at publishers 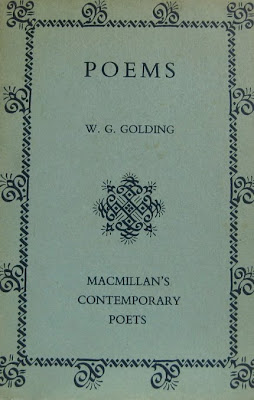 J. M. Dent, is a rare female bibliomaniac among hunter-gatherer males. Back in the 1990s she had so many modern firsts crammed into her tiny home ( she may have moved since ) that she had to have her floors strengthened to take their weight. Her favourite hunting grounds in the sixties and early seventies were Kingston and Richmond, where she recalls buying firsts of E. M. Forster for ‘ a couple of pounds or perhaps a fiver.' As a collector, one of her most chastening experiences was to receive back from a friend a first of John Fowles’ The Collector minus its wrapper and ‘ in nasty condition ‘. It taught her a lesson. ‘ Any book that’s special doesn’t get lent now .’ Quite right too ! [R.M. Healey]

Wise and pertinent words Robin. I knew Ferry collected the great Vorticist Lewis. Lewis is not quite as saleable as he was but always shifts fast if not overpriced. Like Lewis, Brian may also have felt the appeal off 'fascinating fascism.' I have seen Kenneth Baker ('Teflon Man') in bookshops and am surprised that he lacks the Golding's Poems (Macmillan, London 1934). A famous sleeper, it is by no means impossible to find. Golding told one collector "I'm sorry to hear you found a copy of my alleged 'Poems.' I had thought them sunk without a trace." Value £2000 or more for limpid copies. The hard one for a completist is Waugh's juvenilia The World to come. A poem in three cantos (London: Westminster Press, 1916.) 22 years ago a copy made just under £10,000 at Christies--described as 'slightly dust-soiled' and inscribed (later) to Ian Fleming's wife Ann. It would make considerably more now, top-end Waugh tends to be collected by wealthy punters, some American. As for Iain Sinclair he might bridle at being called Ackroyd's protegé...more likely (here we go again) he is Arnaut Daniel de Riberac to Ackroyd's Dante -- Il miglior fabbro.
Posted by Bookride at 9/11/2010

I'm racking my brains to think where Jacqueline Wilson (she started her writing life doing a couple of crime novels for Macmillan) might have visited in Richmond and Kingston to pick up decent stuff at that time. Houben's (still there I believe) had a small basement of material but Richmond never seemed to have any major outlet (unless one counts the rather eccentric fellow - name forgotten - halfway up the hill to the Star and Garter who regarded any book published after 1900 with disdain). Twickenham - yes, Langton's, Norbiton - yes, but Kingston I remember as a secondhand book desert. Perhaps my memory is failing...

There was a very good bookshop- for readers, if not for collecters- in Red Lion Street in Richmond, open on Fridays and Saturdays only.
Jacqueline Wilson might appreciate Captain Craig's memory- via E.A.Robinson- of "the days When I had ... grave friends To borrow my books and set wet glasses on them"

Joseph Connolly sounds like a scumbag. What year did he pay the £8 for Lord of the Flies?