Book Thieves. How to steal books and influence people... 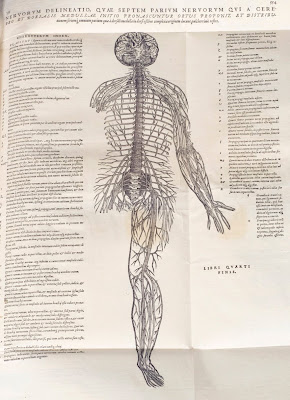 The prospects for odd job man William Jacques, who on 30 July 2010 was jailed yet again for stealing books, this time from the Lindley Library, are not that rosy. After a year and a half in a comfy open jail, he’ll be out in the world of books again and may well be up to his old tome-raiding tricks once more , just like our old friend Gilkey out of The Man Who Loved Books Too Much, and no doubt, like Gilkey, he’ll be caught again, probably in the same way as before. Alternatively, he may go ‘straight’ and begin offering very ordinary books at ridiculously inflated prices on the web, like so many ‘ legitimate ‘ dealers do today. Perhaps he could combine dealing with his former career as an odd job man in Maida Vale. There is certainly money to be earned thereabouts, though he may have to adopt another alias before he offers his services. As a ‘ student ‘ at the Lindley he called himself Victor Santaro. He may even grow another beard, though this tactic didn’t fool the gimlet eyed staff at the BL when he last paid a visit there.

Of course, he could return to his old mum’s house at Cliffe, near Selby, where he spent most of last Christmas before some pesky sneak tipped off the police and he was dragged away from his mince pies to be charged at the local nick. I wonder if that informer had been some disgruntled local bookseller who had recognised him. As far as graduate level jobs go, Jacques, with his smug face beaming out from at least two web pages , is unlikely to get past the online vetting procedures of any commercial organisation. Still, as he hasn’t returned the 13 volumes of Nouvelle Iconographie des Camellias that he stole, he probably won’t starve.

The same uncertain fate is unlikely to affect former Oxford don Dr Simon Heighes, who was a part time lecturer and a highly respected specialist in Baroque music, when in May 1995 he was caught stealing rare books from the library of Christ Church College. When challenged, Heighes, a 33 year old fellow of Oriel College, admitted filching altogether 74 books from the Library , including works by Newton, Milton, Edmund Halley and Vesalius (pic above), all of which he had sold on. He also owned up to stealing from the libraries of Queen’s College and Trinity College of Music at Greenwich, where he had also taught. Altogether Heighes asked for 113 other offences to be considered. The total haul netted by this man ‘ of eminence and respectability ‘was enough to pay off his mortgage. In court Heighes claimed he had since sold his house for £149,000 and thanks to a inheritance now had a total of £195,000 to offer for compensation. Nevertheless, he was jailed for two years.

Fast forward to 2010 and Mr Heighes seems to have learned his lesson and is back to his old trade of music critic, though without a handy academic niche from which to operate. He has discovered that freelancing—whether for BBC Radio 3, BBC Music Magazine , or for various record companies as an expert on Baroque music —is probably all that is open to a disgraced don with a once promising academic career. The BBC Music Department, with its earnest-faced Oxbridge graduates with clean nails and sensible haircuts, doubtless welcomed back one of its own and for the past decade or so it’s all been all go--reconstructions of Bach’s St Mark Passion, sleeve and programme notes, polite reviews in music magazines, and most bizarrely, a feature on BBC Radio 3’ ‘ Building a Library ‘. Or should that be ‘Dismantling a Library ‘ ?. And he is even a respected figure in rural Oxfordshire, where he gives talks to schools and has become a governor of the primary school in his home village of Wootton by Woodstock.

But past misdeeds often come back to haunt you. In 2004 Heighes must have flinched to read that one book he had sold on—the incredibly rare 1552 pocket edition of Vesalius’ De Humani Corporis Fabrica-- valued at £60,000 + ( the third folio edition is on ABE at £92,000 ) hadn’t been returned to Christ Church College Library. Having been sold quite legitimately by a dealer to the Nippon Dental Library in Japan, the authorities there had refused to give it back. Apparently under Japanese law a stolen article remains the property of the purchaser if two years have elapsed since its sale. So, the former don now finds himself reluctantly embroiled in an issue he thought was long behind him. But is he inclined to help in any way ? Nope. When approached he refused to comment. In 2006 the book was still in Japan.

So there we have it. Cambridge graduate Jacques, who in his efforts to disguise the provenance of the many historic volumes he stole wrought irreversible havoc on national treasures. And former Oxford don Heighes, who is back with his Oxford friends in the BBC Music Department, and from his rural bolt hole, elects to forget the inconvenient fact that a book he stole---one of the great treasures of Christ Church library - is unlikely ever to be returned.

Compare this pair of ex-convicts to someone like Sean Greenhalgh, the brilliant self-taught art-forger, jailed for four years for passing off works produced from a garden shed in Bolton. It could be argued that the only damage he wrought was to the reputations of smart West End dealers and museum professionals who were fooled by his art. Others might argue that in showing up their shortcomings he actually performed a valuable service. But there were no old school, college or Tate Britain contacts to help him get a job when he returned to his council house.

But then who said that in the ‘gentlemanly’ world of book thieving life is fair ?

Thanks Robin. Wise and stern words indeed. Jacques 'the tome raider' seems to have had more than his 15 minutes of fame. The saga of the Japanese Vesalius seems to be ongoing and given the Japanese ' two years and it's kosher' law I doubt it will be resolved over a glass of claret in the college library. As for BBC3 I can't help feeling it is better in the hands of these Oxbridge types, morons they ain't. The good thing to come out of this is that It has become obvious that serial book thieves have a very good chance of being caught and that it is a bad career move. A warning to wantons. Dealing in books is easier and safer, also surprisingly simple--you buy a book for a dollar and sell it for two dollars (or three) and you never get your collar felt.
Posted by Bookride at 11/18/2010

Interesting. One quibble, you say there is money to be earned in Maida Vale. As a long term resident I am not sure how, maybe as an estate agent but even that is now risky. The streets are not paved with gold.

Great - I always enjoy this fine blog. Although (as a chap with clean nails and a sensible haircut) I think I should point out that they prefer to call it Christ Church, not Christ Church College.

Thanks -- Robin has been cast into outer darkness for that astounding error. We had a customer by the way, a reformed antique forger, who referred to himself, after a spell in open prison, as an 'Old Fordonian'.

The one thing Simon Heighes also did besides steal books was to betray friends and destroy trust in him, for which he is totally unrepentant after all these years...