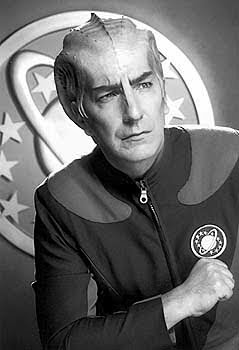 Let's not even talk about forgery. To my mind the 'blink' test is a good start in testing for authenticity. If on very first seeing it the autograph doesn't feel right don't touch it. As Malcolm Gladwell details in over 300 pages of his book Blink. The Power of Thinking Without Thinking the unconscious mind often delivers a better answer than more deliberate and protracted ways of thinking. If the seller doesn't pass the blink test either, drop it like a hot brick. Kenneth Rendell, purveyor of manuscripts to the great and the good, advises avoiding the kind of dealer who brushes you off when probed, he adds: "The real expert will bore you with answers." I also like what he says about how forgers often fail to get the feel of a signature right -the "flying starts and endings of the pen".

Avoid signatures that look more like a drawing than writing and ones that seem to have stops and starts. Also signatures in cheap editions of books can be suspect, most forgers will not risk screwing up a signature in a four figure book. Forgers often stick to a plain signature so a date or sentiment is useful (belying the tiresome 'flat signed' schtick.) Also beware the desirable signature that is seriously underpriced, you may be lucky but it is often a sign of a grifter at work. If it is very cheap, of course, it may be real but unrated or unrecognised. Age is no guarantee of authenticity, forgers have been around since Heraclitus stood in the river. Ebay is a minefield. Bad Salinger forgeries appeared there after the writer's death and usually made a few hundred dollars. Like the curate's egg they were 'good in parts' but if it is wrong it's worthless, if it's right it's a few thousand. In one of the signatures Salinger appeared to have misspelled his own name...

Salinger was of course a notoriously difficult and elusive signer and Thomas Pynchon is even more difficult. We considered who were the most common signers - but who are the most difficult? People like Joyce, Fleming, Tolkien are very valuable but they did sign quite a bit. Kafka isn't easy, the cult writer Richard Powers signs absolutely nothing, even an acquisitve and well funded collector like the artist Richard Prince lacks a signed Powers book in his modern literature collection. I have only seen one Alan Turing signature (in a computer manual.) Does Steve Jobs give out his autograph or Roman Abramovich? Highbrow writers tend to sign less than airport writers. There was a dealer around earlier this century who dealt in signed books by fearsome intellectuals--mostly European- guys like Derrida, Anna Akhmatova, Paul Celan, Godel, Cioran, Habermas, Wittgenstein, Simone de Beauvoir, Sartre, Barthes, Perec, Walter Benjamin, etc.,. It always seemed an odd model for a business because the potential collector for these is likely to be someone with contempt for autograph collecting.

Difficult signers? In the celebrity world Marlon Brando was said to be a very reluctant signer, Bob Dylan is fairly unapproachable, Metallica are snotty types, Madonna is too important to sign anything but a contract and from the sublime to the ridiculous our own Sherriff of Nottingham Alan Rickman is known to forcibly repel advances from auto-hounds. Online research reveals the sad story of a collector who had to wait 28 years for the signature of Sultan of Brunei. There are also pointers as to favourite restaurants used by stars for signature hunters to hang about outside. That explains the motley crew one sees outside 'The Ivy' in the street behind the bookshop. One thing you hear all the time is the reluctance of stars to sign autographs for dealers and resellers. Some dealers have to use their children to get autographs. A good approach might be to be up front about it -'Can I have your autograph, I want to put it on Ebay tonight? Frankly I'm broke...'
Posted by Bookride at 12/08/2010

Very generous of you to call Richard Prince an artist, but entertaining as always. Thanks.

Absorbing stuff again many thanks

I picked up at a jumble sale an old William McGonagall paperback inscribed 'With the Author's Comps' - it also has a 'Tam Shepherd's Joke Shop' stamp on it. Any offers?

Re Dylan I know a Scottish journalist who booked a room at 1 Devonshire Gardens knowing Dylan and his entourage would arrive there. The journalist popped into the restaurant with a copy of Blonde on Blonde under his arm (as you do) and got a few steps towards Dylan before a man-mountain appeared and blocked his path, saying 'We don't do that'.

Nigel, this is completely off topic, but just got to the end of last week's TLS and the estimable James Campbell has high praise for Any Amount of Books and your staff.

Thanks Edwin. I saw the piece in TLS -- We were the first bookshop listed in an ongoing 'Perambulatory Biblio Guide' with the equivalent of a Michelin 2 stars and 2 ££ symbols for the amount of bargains. High praise with phrases such as 'approachable staff' and 'utmost courtesy'. We are not that special but have (purely by chance) discovered that if you are pleasant to people they like your shop and if you keep the books reasonable they even buy them. Nigel

If only the TLS sold us there review copies.

He's praised Any Amount of Books before has JC - a man of impeccable taste!