A child genius with an IQ of 167, Chicagoan ‘ Ted ‘ Kaczynski entered Harvard at 16 and breezed to a brilliant degree in maths. He subsequently earned his Ph. D by solving 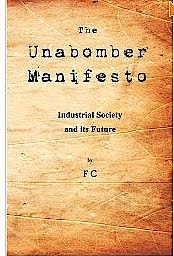 a problem so difficult that even his professor was floored by it. After an unhappy two years as a maths professor at Berkeley he dropped out of academia and took to the hills of Montana, where he built himself a tiny log cabin in the forest outside Lincoln. Here he lived alone and was regarded merely as a harmless eccentric until, following a long bombing campaign that left three dead and 23 injured, he was identified as the ‘Unabomber’, captured, convicted and in 1996 sentenced to life with no chance of parole. While at large Dr Kaczynski had divided his time between addressing mail bombs to despised figures, mainly in the IT community, and writing quasi-anarchistic tracts against industrialisation and the rise of technology, and it is these writings that form the core of his published works today.

Up to a point, the career of Kaczynski eerily mirrors that of William Sidis ( see earlier blog ), even down to the symptoms of autism which Kaczynski seems to have shown from an early age. Like many on the autistic spectrum, Kaczynski takes his obsession with one or more issues of a particular kind to an extreme. In his albeit deranged view, a campaign of violence against legitimate targets should necessarily be backed up by reasoned polemic. Today, if we reject the violence, we shouldn’t automatically reject the arguments, and reading his work, particularly some of his perceptive ideas on ‘ leftism ‘ and ‘ oversocialization’, one cannot help but be impressed.
In the States Dr Kaczynski is taken seriously as a thinker -and his writings are freely available on ABE, Amazon etc.,


Professor of marketing George Zinkhan seems to have belonged to the category of little men who suddenly lose their marbles —as in ‘ I’m mad as hell and I’m not to take it any more ‘, out of the film ‘Network’, or more recently such rabid UK killers on the run as Derek ‘Birdy’ Bird and 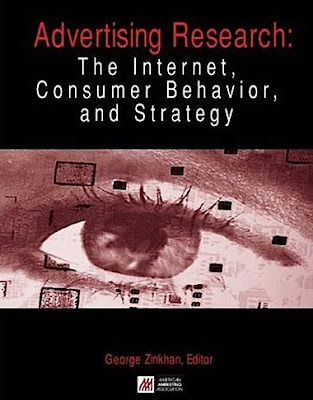 Raoul Moat. However, unlike Dr Zinkhan, neither of the two Englishmen published books. However, it is unlikely that any of his academic works might suggest why a seemingly mild mannered college professor would suddenly slaughter his wife and two others at a nice party put on for the local theatre group in Athens, Georgia on 25 April 2009, although his alleged poetry, which the American Marketing Association published on its website, reveals a disturbed mind with a potential for violence. Zinkhan also wins a different kind of notoriety for the truly bizarre circumstances of his own suicide while on the run. Apparently, within a week of the murders he dug a grave for himself in woodland, lay down in it and pulled a pallet covered with dirt and debris over the hole. He then shot himself in the head.
Incidentally, there’s nothing on any of this extraordinary behaviour in the entries for the professor’s books on ABE. Missed a trick there—those booksellers. [R.M. Healey]

Dr Zinkhan's suicide was certainly a belt and braces job, I have heard theories that Lord Lucan may have left this world in the same manner. Thanks Robin for a gripping series and a potential new collecting area. Quite restricted, especially if you stick to those who wrote books before they became killers. A friend who collects books by deaf writers has amassed an enormous collection. The problem is that if a writer lives long enough there is a good chance he will become deaf. Deaf murderers might restrict a collection too much however.

I recall buying a box of jacketed novels and looking without success for some sort of persistent theme. A customer who saw me pricing them noticed that every single jacket had a woman on it wearing earrings. Who knows what evil lurks in the hearts of men? The Shadow knows!
Posted by Bookride at 1/28/2011