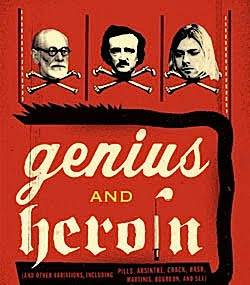 "Junk is the ideal product...the ultimate merchandize. No sales talk necessary. The client will crawl through a sewer and beg to buy... The junk merchant does not sell his product to the consumer, he sells the consumer to his product." [William Burroughs intro to Naked Lunch]

We received a very fine catalogue from Sclanders/ Beatbooks devoted mostly to William Burroughs. Prices seem to be holding steady with £75 being the lowest price for anything signed by him. For £5500 there is an intriguing archive of letters and manuscripts detailing his involvement with L.Ron Hubbard and Scientology and taking issue with Hubbard's predisposition towards the rich, his homophobia and the secrecy surrounding the movement ('Why don't you open the sluice gates and flood the world with Scientology?') Of course it's now airhead celebs that they are interested in but WSB was ahead of his time there. 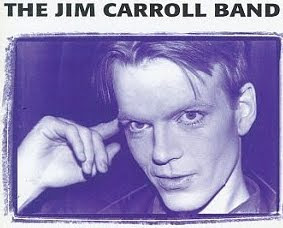 WSB's D.O.C. was of course heroin. This lead me to thinking of other opiate friendly writers. There are not that many distinguished candidates, alcoholic writers, on the other hand, are ten a penny. There are probably a greater number of alcoholic Nobel prize winning writers. Here is a partial list - Will Self, Roberto Bolano, Anna Kavan, Aleister Crowley, Jim Carroll, Mary Butts**, Elizabeth Strong, Irvine Welsh. Some observers are not sure Bolano was much of a user.

Keith Richard has recently joined the ranks of writers but his book was ghosted by the distinguished and presumably sober author James Fox ('White Mischief') but the hepcat tone is all Keith. Also on the subject of rock stars one might include Lou Reed whose poetry has been published and is well rated. Must not forget Alexander Trocchi a gargantuan drug imbiber and one time book dealer. I can remember going through tea chests of books with him at CSK, he also used the same tandoori as us in Kensington. Happy days. I am probably missing a few...

**Mary Butts, modernist writer(1880 - 1937) friend of Crowley and latterly fond of cocaine and heroin- now almost famous for being 'neglected' but her books are much sort after and some are expensive. An example of her prose -- "A week later the dust film gathered. Under the bed the sloven's fur piled in gray whorls. In the cupboard a dish of crusts turned blue." Sounds familiar.
Posted by Bookride at 2/23/2011

Glad you asked-- getting a bit carried away with the acronyms there. CSK = Christies South Kensington, an auction room where they no longer sell books in tea chests.

Don't forget Permanent Midnight by Jerry Stahl. Exactly this subject, harrowing but droll and very informative about this shadowy scene. But watch out, the Ben Stiller movie is nothing special. Also Jesus' Son by Denis Johnson good book of stories and a great movie.

The late Sebastian Horsley should also be added to the list.

Just about everything 18th and 19th century writer could be on the list. Until after WWI you could buy opiates over the counter in a phaemacy and they were standard treatment for many illnesses. As wellas the usual names- de Quincey, Coleridge, Rossetti...- mosy writers had probably taken opiates and may have been insopired by them. Also, most writers who visited Indochina up to about 1950 or 1960 probably smoked opium now and then.

There are more than a few beats and fellow travellers you could add to the list such as Gregory Corso, Philip Lamantia, Bob Kaufman, Hubert Selby Jr, and Steven Jesse Bernstein. Antonin Artaud comes to mind also.