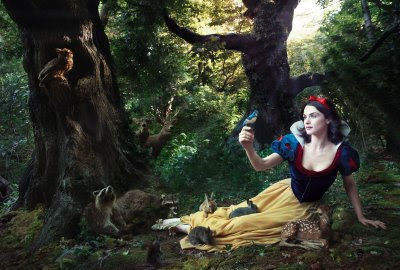 I don’t know how many writers would ( or have ) contributed retrospective inscriptions to books. I suspect only those with a subversive sense of humour or just a basic sense of fun might have a go. Too many writers ( or indeed celebrity figures as a whole ) tend to be pompous and po-faced on the issue of inscriptions. I’m not sure if many of the sixty or more writers I have interviewed would have obliged if I’d asked them to. Certainly none would have done so off their own bat. The idea is a little left field, after all, and it only works with books published many years before the time of asking. I’ve never interviewed Will Self, but he might have a go, surely, as perhaps would Iain Sinclair, whom I have interviewed. The late J. G. Ballard was another possible candidate, but he said no to an interview, so I’ll never know now.

The notion of subverting the whole notion of ‘ association copy ‘, particularly if a fake event or meeting is roped in, has its attractiveness to an imaginative iconoclast. I have often fantasised about asking a writer to provide an elaborate or even outrageous retrospective inscription but have only had the bottle to ask one writer, though I left it to him to supply the context, as it were. The man in question was Brian Aldiss, but he is an amiable man , totally without pomposity, has a twinkle in his eye, and having read his hilarious debut volume The Brightfount Diaries prior to interviewing him in 2002, I plucked up the courage to ask him to put back the date a few years, and without a murmur of protest, he duly obliged. Witty inscription too. Great bloke !

In fact it was so easy and quibble-free that looking back I wish I had asked previous interviewees to do the same. There is a terrific amount of scope here for the imaginative writer. It would have been fun, for instance, to have got a raunchy retrospective inscription from Germaine Greer ( who merely signed the book she gave me ) or David Gascoyne, who was full of anecdotes as we dined on shepherd’s pie at his home on the Isle of Wight. I could have brought along my copy of his Poems and he may have mischievously referred ( in fountain pen, of course ) to a chance meeting in Paris. Or I could have travelled a few miles south in the same week in 1994 and asked the 93 year old Edward Upward to date our meeting to 1966 when he and Auden may have by chance have met an adolescent me in Oxford or Austria.

In 1993 or so I met our greatest living poet, Geoffrey Hill, over tea at a mutual friend’s home in Hertfordshire, but was warned in advance that the great man probably wouldn’t sign my copy of Mercian Hymns. So I didn’t bring it along. Would Hill have been another Masefield or a Heinlen. I would like to think that he might have been won over by the idea of a backdated inscription. There’s still a chance of persuading him, I suppose . In the same house a couple of years later ( again over tea ) I met the gorgeous Rachel Weisz (her mother came from my village ), who was just out of sixth form and on her way to Cambridge and future Hollywood stardom. If I ever see her again ( some chance !) at some launch of her autobiography in LA would I have the chutzpah to ask her to recall the event in Herts? Not quite a retrospective inscription, but still…

Ideally, I suppose, any books containing scandalous or merely intriguing retrospective inscriptions from big name writers would need to be ‘ released ‘ into the world of modern firsts to exert the maximum effect, but how many owners of such books would be willing to sell their copies ? I imagine that the selling price would have to be sufficiently tempting, unless of course the fun of seeing the effect on people was considered more important. In the world of Gekoski, where an intriguing inscription can triple the asking price for a bog standard first edition, I don’t think I am overestimating the interest that such inscriptions arouse ?

All of which leads one to the inevitable question. How many of these personal inscriptions are genuine ? Surely it can’t be too difficult to forge a hand. Are we assuming that the only collectors who might buy a signed Waugh or Joyce are those familiar with their handwriting ?

Literary forgery is an ancient practice. From, say, 1870 onwards there would be thousands of readers who could imitate Dickens’ signature simply by copying the gilt scribble on the cover of the ‘Uniform Edition’ or the black ink ditto on the half-title. So all that might be needed is some old ink and a pre 1870 copy of Dickens to fool some punter. So the moral is—if you are going for personalised copies, buy those signed by minor writers. OK, they’re not so glamorous, but safer. Better still, forget inscribed books anyway and instead buy holograph letters with embossed headed addresses. [R.M.Healey]

Thanks Robin. Interesting and amusing and even seditious. As a fully paid up members of various trade organisations that, to paraphrase Shakespeare, have "fix'd their canons 'gainst such knavery..." I could not ask an author to backdate an inscription lest I be cast into outer darkness...The problem is that they affect the price quite considerably. For example - a 'Midnight's Children' inscribed at the time of publication is quite a prize, but nowadays Rushdie will sign anything he ever wrote, so later or undated inscriptions add much less value. I have heard of various fun-loving authors who will write inscriptions to any named person--e.g. I have seen Michael Moorcock presentations to Jimi Hendrix that the supreme guitarist could never have owned, also to Marc Bolan and Brian Jones. These are more like 'tribute' presentations.

One wonders if anyone has ever asked Henning Mankell to inscribe a pre 2005 book to Stieg Larsson or innocently got J.K. Rowling to inscribe a Harry Potter to Daniel Handler (real name Lemony Snicket). As for authenticity, it's really down to where you find the books-- if you buy them from big players like the Harringtons or Jonkers they are going to be right but from a low scoring Ebayer they may well turn out to be 'Sexton Blakes' (i.e. fakes.) Beware the signature that it is too much like the printed signature of the author--- I once saw a very good Hemingway signature that was proved a forgery because it was the exact copy (and exact size) of the printed signature on the cover of the book.
Posted by Bookride at 2/07/2011

Thanks Robin, lovely stuff again, thanks Nigel. I have an old copy of McGonagal's poems which is inscribed 'with the author's comps.' Sadly it also has the stamp of Glasgow's famous Tam Shepherd's Joke Shop

Another very entertaining piece - thanks. I think you have to distinguish between some of these phenomena, though. Straightforward forgeries are just that, and boring. Retrospective inscriptions go from boring (at least one Booker Prize winner will cheerfully sign-and-date copies to the evening of the award - two, actually, but let's not go there) to amusing (Moorcock, etc). Then you have "fake" inscriptions which are works of art in their own right, and valued accordingly: think Beerbohm, um, Beerbohm... anyone else? But the 1960s Sotheby catalogue of Max's "improved" copies must be the funniest auction catalogue ever produced. I throw all that out in hope that it will inspire other contributions to what has been a surprisingly under-commented post.

THanks Angus. Yes the Divine Max, what would I give for one of his subversive inscriptions... He worked hard at his fakes --he assiduously studied Queen Victoria's handwriting so that he could inscribe her 'More Leaves from a Journal' thus 'Mr Beerbohm the never- sufficiently- to- be- studied writer whom Albert looks down on affectionately.' More amusing to modern ears is this inscription from Ibsen 'For Max Beerbohm critic of who the writing fils with pleasure me. H. Ibsen.' Value?-- surely much bigger than the genuine article!