Some help with Self-Help books 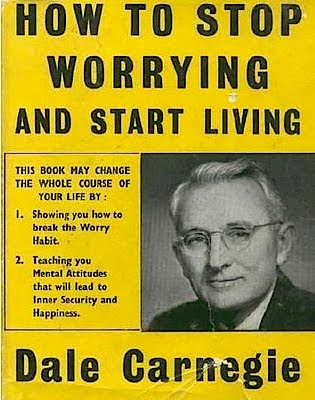 In the last posting we showed a book annotated by David Foster Wallace. The 300 David Foster Wallace books (mostly annotated) now held at the Ransom Center at the University of Texas were 10% self help books (which are no longer available as they have 'intimate commentary on living persons'.) A report at the excellent site The Awl reviews them in depth:-

"...One surprise was the number of popular self-help books in the collection, and the care and attention with which he read and reread them. I mean stuff of the best-sellingest, Oprah-level cheesiness and la-la reputation was to be found in Wallace's library. Along with all the Wittgenstein, Husserl and Borges, he read John Bradshaw, Willard Beecher, Neil Fiore, Andrew Weil, M. Scott Peck and Alice Miller. Carefully."

Although there are many inane and cheesy self help titles they have a long and respectable history and some works are even read and taken seriously by highly educated, even sophisticated, readers. I am surprised that the Awl writer was surprised.

They go as far back as Machiavelli, Balthasar Gracian, even Ovid and Lao Tzu - but the first book of the modern era is probably Self-Help by Samuel Smiles which appeared in 1859. There are no copies of the true first online at present and the only price reference I can find is a 28 year old auction record:

Extrapolating from this it may by now be a $1000 book and if in exemplary condition and well puffed it could make £1000. The PMM reference would have meant more in the 1980s--it refers to its appearance in the book (and exhibition) Printing and The Mind of Man (John Carter and Percy Muir 1967). Smiles according to PMM was 'the epitome of that energetic probity which characterises the best side of Victorian society.' It sold 275,000 copies over the next 40 years. Carter and Muir note '...the proof of its success which most delighted Smiles was the number of letters attesting its usefulness which he received from artisans -the class to whom it was directed-from all over the world." 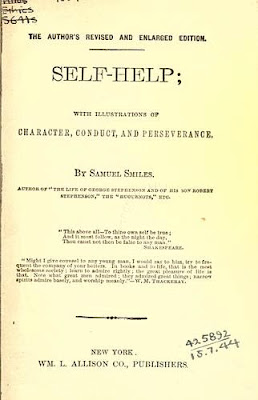 A later bestseller was Dale Carnegie's How to Win Friends and Influence People the model of the modern self help manual. It appeared first in 1936 and has sold 15 million copies. I have no real notion of the value of a 1936 first but could imagine a decent jacketed copy making several hundred dollars, especially if signed by Dale himself. For $200+ you can buy the Easton Press edition-- talking of cheesy here is how one copy is described:

"...bound in genuine leather with raised hubs on the spine, and featuring 22kt gold stamped titles and cover designs, magnificently illustrated and featuring threadsewn pages, moiré fabric end sheets, gilded page edges, and a permanent satin-ribbon page marker. Here is your opportunity to own a wonderful timeless work of literature which can increase in value while providing reading enjoyment for generations to come..." 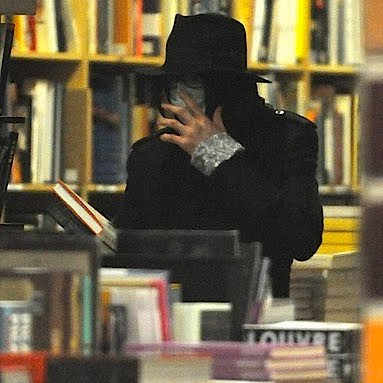 To be continued with discussion of a modern Machiavellian self help book from the library of the Prince of Pop Michael Jackson (pic above) also the dispersal of the library of self help guru Wayne Dwyer via Ebay...

One aspect of William Gaddis's The Recognitions is a running critique of Carnegie. One of the nastier characters bases his behaviour on Carnegie's advice.

Last time you mentioned Easton books you called the leather 'spam' or 'like spam leather'! Keep a knocking.

Samuel Smiles is a favorite author of and influence on the title character in Naipaul's A House for Mr. Biswas, which was where I first heard of him.

There is an art historian alive who goes by the name of Sam Smiles. Is he a descendant of the Victorian, or were his parents great admirers ?

Down at the bottom feeder end inhabited by the likes of me, this guy on Martin's Money Tips recommends self-help books as good sellers.