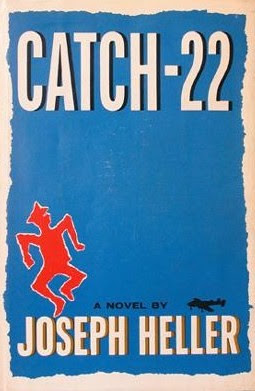 MODERN FIRST EDITION
Yossarian has to be one of the greatest characters since Oblomov etc.. The book is on Anthony Burgess's list of 99 best modern novels, a more reliable list than Waterstone's or Richard and Judy. There is an issue point on the jacket, you want a price of $5.95 and definitely no blurbs on the back. Blurbs are useful for spotting reprint d/ws (e.g 'Dead Cert' by Dick Francis) but are not infallible, sometimes the book is sent out in proof and when praise is forthcoming blurbs are printed on the first state jacket (e.g. Spy Who Came in From the Cold.') Trivia-- book was originally Catch 18 but Leon Uris's Mila 18 came out and title had to be changed, J.H. based the plot on the Iliad with Achilles as the inspiration for Yossarian.

VALUE? Not especially scarce but fine/ fine copies seem to command close to $3000 and sometimes more for almost faultless copies. Not rare signed as Heller did many signings for later books, early 60s presentations are less common. The U.K first ed (1962) in its attractive green jacket used to be buyable for a few hundred quid but a respectable dealer (not one of the usual deranged overpricers) wants $4000 for a nice but not stunning copy. It would now be hard to find a limpid example for less than a £1000. There is a point on the green jacket --the first issue carries on the lower panel an excerpt from the book which was soon to be replaced by American reviews. 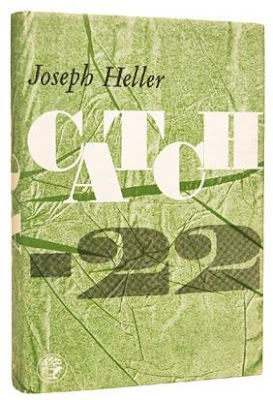 OUTLOOK. Book has risen in value over the last 18 months. It may now have levelled off and may dip slightly. A remake of the movie might help. Books whose titles have entered the language are generally a good bet. Imnsho one to hold.
Posted by Bookride at 1/12/2009