Tales of the Uncollected...4

{a couple of years ago]...he began looking at Wants List on the net. This led to a notebook filled with scribblings on which books people around the world wanted. The opposite of sleepers, these are not necessarily rare books, but are useful. Pulling out the notebook he reads out a random selection of the entries.
'Here, for example, is Vic Hurley, Jungle Patrol, 1938. It's the story of the Philippine Constabulary. Twenty-five people want it. £100. Van de Elskin, Foto Jazz, 1959. It's just pictures of blokes playing jazz in cellars with groovy European girls looking on by the Dutch guy who did Love on the Left Bank. It's Juliette Greco, black polo-necks, etcetera. Goes for about $700 and 20 people want it. Jet Planes of the Third Reich, 1982. Fat book. Twenty-five want that. Susan Brookman, Ladies Man, Bantam. Many of these trashy romance novels go for piles of cash. Gerald Kersh, Jews Without Jehova. That was suppressed, I think. Julian Cope, Krautrock Sampler. All about Kraftwerk. A hundred quidder in paperback.
Here's a genuinely rare item. La Poupee by Hans Bellmer. There is a legend about that particular book. Apparently, there was a copy of it in a window of a shop in New York City for a whole year. A mate of mine went in and asked how much it was, to which the owner sardonically replied, "Fifty bucks," as if to say "F**k off, you can't afford it." So my friend said, "I'll have it." He went away with it under his arm and sold it for 20 grand.'
So far the 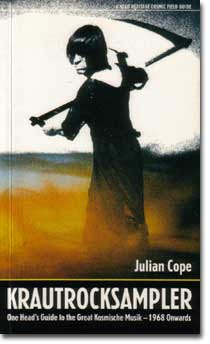 name GA Marlowe and his remarkable novel I am Your Brother hasn't been mentioned. Having come across this book in Mclaren Ross's Memoirs of the Fourties, I had tracked down a copy in Cambridge University LIbrary and was actively looking for one myself. Fat chance. For obvious reasons, this weird mystery story written in a bizarre cinematic style had attracted a cult following and was near impossible to find at less than £300. Marlowe's shady background and mysterious disappearance added to the appeal. Burwood had written about Marlowe on his Bookride website and he now had goodish news.
'They're starting to gather on the web now. There are about five copies for sale. Marlowe's a bit like that author of The Treasure of Sierra Madre- B Traven. A slightly mysterious figure who disappeared suddenly, never to be seen again. Another who vanished in odd circumstances was the Dadaist Arthur Craven. He had just married the poet Mina Loy when he possibly drowned in South America. He edited a magazine called Maintenant, which is worth a lot of money today.'
But books can disappear too. Some were spirited away, usually burnt or otherwise destroyed by scandalised keepers of the public morals, but sometimes by authors 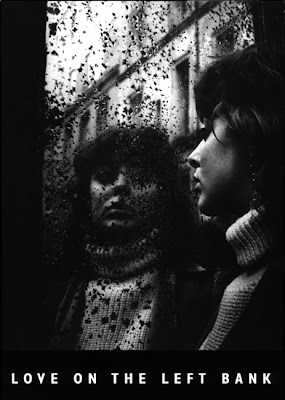 who were ashamed to have written them. I have covered some of these examples in a previous article, but the subject continues to fascinate. Burwood recalls some cases that have caught his imagination.
'Gordon Bottomley- Gordon Bumley, as we call him- was one. He is, or was, a vaguely collected 90s figure and he tried to suppress his first book. Another is George Moore, who tried to destroy all copies of one of his books. Then there was Arthur Bryant, the celebrated popular historian. His Unfinished Victory of c1940, revealed distinct Nazi sympathies, that is to say, that Mr Hitler was not such a bad bloke and we should try to come to some accommodation with him. Well, the climate of opinion changed and Bryant tried to gather up all the remaining copies of his book. Consequently, the book is now scarce and a jacketed copy might fetch as much as £200. Anyway, Bryant's efforts succeeded and he became the most patriotic historian of his day.'

We are sitting in what he calls his internet room, but I detect a tinge of regret in his voice when he talks about the days before the net changed everything. But is it necessarily true? Surely, there are still bargains to be had. He doesn't think so, but he does feel that today rare items are more appreciated by their owners.
'The era of finding treasures for a few pounds is all over, but on the other hand the internet has bought books to the surface. You might actually get the book you want, even though you will have to pay more for it. In the old days you'd find, to take one example, The Gent From Bear Creek for a pound and you'd sell it for two grand. But this would only happen once in a decade. But thanks to the net, some of these elusive items are showing up.
'Because of this, some books are no longer considered rare. A good analogy is this. A friend collects pilgrim's badges. These are little items- usually made of lead- which mediaeval pilgrims picked up for a few pence as a souvenir of their pilgrimage to Walsingham or some other shrine. For centuries they were rare- until the invention of the metal detector. Now, they are comparatively common.
'I compare the internet to the metal detector. Due to changes in technology many rare books are no longer hard to find. Some of course remain determinedly elusive. You won't find copies of Bromo Bombastes every day, but others are more easy to find and the Henry Music anecdote proves that rare items can be brought to the surface thanks mainly to the net.' THE END.
Posted by Bookride at 1/09/2009