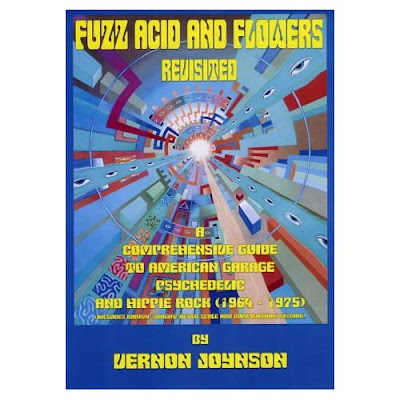 MUSIC REFERENCE/ ROCK/ PSYCHEDELIA
A hefty large format paperback with an exhaustive list of American 60s bands most of whom are completely forgotten. Anyone who was in any of these bands (25000+ persons) is a potential punter for the book. Something of a 'sleeper' - it looks like a £20 book but worth five times that. Almost all books by Vernon Joynson are much sought after - Tapestry of Delights, Up Yours! (punk history)The Acid Trip: A Complete Guide to Psychedelic Music and Dreams, Fantasies and Nightmares from Far Away Lands. The man must have a serious record collection.

Perusing the book one notes the zany names -Tonto's Expanding Headband, Starvation Army Band ('...of which little is known...') Roamin' Togas, Pugsley Munion, Children of the Mushroom, The Bean Denturies, Byron and the Mortals etc., There are bands with identical names identifiable only by the state they came from and some with very similar names- e.g. 'The Boss Tweeds and The Boss Tweads--the former's song 'Faster Pussy Cat, Kill! Kill! inspired a Russ Meyer movie and provided the name for a 1980s sleaze rock band. There were rumours in the summer of 2008 that the great Tarantino was going to reshoot this movie. The time has come. 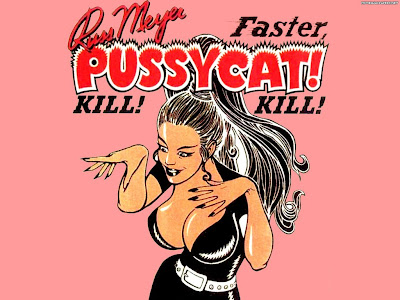 Other great rock reference books are Julian Cope's Krautrock Sampler and Asbjornsen's Scented Gardens of the Mind (also from Borderline) - "A guide to the modern era of progressive rock (1968-1980) in more than 20 European countries." A copy on ABE is priced at £275, the kind of price it takes to stop it selling entirely. However it is now a three figure books as is Cope's Sampler. Dave Rimmer's 'The Rare Soul Bible: A Northern Soul A-Z' is highly elusive and probably worth £100, our last copy went like a bullet at £60. Joynson's book, by the way, values some of the records it lists with some worth $1500 or more (a category described as 'only a handful exist and they are very sought after...') However most records, even the highly obscure, are of very modest value indeed. Just like books. 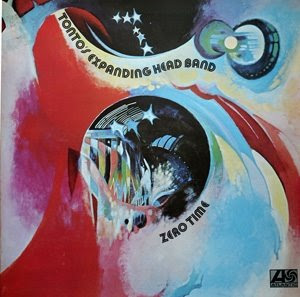 What's the going rate on the Acid Trip?

This brings back memories of 2006. I *reluctantly* helped a manic record collector 'liberate' both "Krautrocksampler" and Rimmer's "Rare Soul Bible" from a three-storey county library. An elaborate pulley system was devised with string and wheels from old buggies, and it was gently lowered from an open window to the ground outside. It was terribly embarrassing and morally askew, but he offered me a broken synthesiser in return for my assistance. He said when he's able to buy these books, he'd return them to the library. I believe he has returned one of them already. Those record collectors are passionate folk!

Thanks for the info! I actually have a copy of The Acid Trip that I might try and sell now!

Tonto's Expanding Head Band were a duo, one of whom Malcolm Cecil is still alive and kicking. They worked with Stevie Wonder on the production of his albums and were pioneers in moog synths.

Thank you for this information, very good article.