Another guest posting from R M Healey-- this time on writers as invalids. By the way Robin in his youth wrote the Shell Guide to Hertforshire (Faber, 1982) - copies can be bought on ABE at around £20 for sharp jacketed examples. He will survey this highly collectible series sometime soon. The illustration of the handwriting of the poète maudit Clere Parsons is from a small collection of books with his name (and occasional annotation) that I bought from a family member several years back, and have never got round to cataloguing. This inscription comes from his copy of 'Poems' by Geoofrey Dearmer published 1918 (some of them about the Great War and dedicated to a friend who had died at Suvla bay.) NB - the Macspaunday four are Macneice, Spender, Auden and Day-Lewis. Over to you Robin.

For someone with a morbid imagination like myself there is an engrossing site that lists all the medical conditions that contributed to the deaths of individuals featuring in the Wikipedia. So, for instance you can discover that Rex Harrison and Alan Bates both died of pancreatic cancer ( the list is dominated by actors ) or that Heinrich Heine suffered from MS. There seems to be a large number of celebs with both types of diabetes, and as a diabetic myself it was comforting to see a lot of writers among them. I already knew about H. G. Wells, who co-founded The British Diabetic Association , but I wasn’t aware that Ernest Hemingway and Mario Puzo were sufferers.

You won't find Clere Parsons in this Wikipedia list, although he perished of pneumonia, and a lack of insulin, in 1931 aged just 23. It has been said that had he lived he might have become as eminent as any in the MacSpaunday four, and is the nearest they have to a ‘ fifth Beatle ‘. Geoffrey Grigson, who was a contemporary at Oxford, knew him as ' tall, very thin, pallid, fair-haired, a trifle spotty, and aloof ...with lips which curled with a slightly curious authority '.

And it is Grigson who provides most of what we know about this invalid poet, who even while at Christ's College with Auden was always looking ill. His physical appearance was undoubtably a result of the debilitating effect of contracting type 1 early in life, probably before insulin was isolated in 1921. In those days loss of weight was symptomatic among those who managed to remain alive ( most with type 1 died within a few years of contracting the disease), but even with insulin therapy the legacy of his early illness must have effected his later health. Grigson, whose first wife was also an invalid (she died early of TB ), felt that his weakened constitution must have given him a sense that his time in this world was likely to be short, and inevitably many of his poems reflect a hedonistic, carpe diem attitude—poems like
‘Garden Goddess’ and ‘ Photogravure ‘. 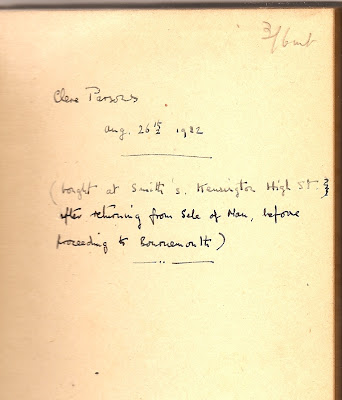 But equally the possibility of a sudden end must also have occupied him, as we see in such a poem as ‘Sudden Death’ (‘ Stretch me upon your table, lay me bare ‘), and so it proved. Not long after graduating with a first in history he returned to a wintry Oxford, having been offered a job at the Bodleian. In cold digs he contracted a chill which turned to pneumonia, and though he was carted off to hospital, he died in a coma from lack of insulin, no-one, apparently being aware of his diabetes. This was many years before identity bracelets came onto the scene.

Parsons, alas is not well known, but deserves to be. Grigson called his poems ‘ exquisite, grave, artificial, and permanent ‘, but the only poem that features frequently on the Web is ‘Different’.

was his way to come by understanding

While Parsons was editing Oxford Poetry, Auden was making his own debut with the famous hand-printed booklet of 1928. Though at the same college, Parsons doesn’t seem to have had much to do with Auden, but he was acquainted with MacNeice, who mentions him in his autobiography, The Strings are False. After his death Herbert Read--so often a nincompoop—did at least one good thing when he got Eliot to publish Parson’s modest legacy of poems in 1932.

Entranced by Grigson's touching cameo of this tragic figure, I ignored the invocation to seek out Poems in the Bodleian or the British Library and instead scoured bookshops in vain for half a dozen years, only in 1994 to be given a copy, along with other volumes of thirties poetry, by the poet F.T.Prince, when I interviewed him at his home in Southampton. Prince, who was four years older than Parsons, may have bought this modest half-a-crown pamphlet, with its card boards and lemon- yellow jacket when it appeared in what must have been a very small edition. Just how scarce Poems is today I only discovered recently when I looked it up on the net. ABE has just one copy --modestly priced at £45** 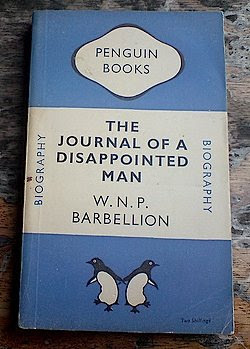 Had Parsons been more prolific a minor cult may have grown up around him, but I suppose we must be content with what we have. It’s a pity his centenary went unmarked in 2008, but there you are.


Having Type 1 diabetes is bad enough, but writers with MS are rarer, presumably because the depredations of this disease are such that only the most resolute find the strength to write. One of these was Bruce Cummings (1889 – 1919 ), the Barnstaple-born journalist who became through sheer doggedness an entomologist at the British Museum.

The diary he decided to keep from 1904 was probably inspired by that of another invalid who died young, the artist Marie Bashkirtseff , and detailed all the stages of his decline as he daily endured debilitating physical pain with commendable courage and wry humour . This record was never meant to be published and was only prepared for the press when its author eventually learnt his fate and was determined to provide for his wife and children. The Journal of a Disappointed Man (published under the nom de plume W N P Barbellion) was an overnight sensation and plaudits were heaped upon its author, though this reception was marred somewhat by the refusal by a few rather stupid reviewers to accept that a scientist could be capable of such a brilliantly written literary testament. H. G. Wells and Daisy Ashford were names that cropped up as possible contenders, —though how anyone could attribute Barbellion’s rueful reflections on illness and death, and musings on the sensual life and on heterosexual lust, to the juvenile and lightweight Daisy Ashford-- is beyond me.

The Journal was reprinted several times from 1919 and Barbellion’s popularity remained constant over many years. According to Book Collecting 2000 the value of a first has stayed stable at $100 for at least a decade, which perhaps reflects that fact that no-one has thought to turn the book into a Hollywood movie. And though scandalously overlooked by The Oxford Chronology of English Literature, which can easily find places for those literary titans, Tony Parsons and Iain Banks ( incidentally, Clere Parsons is omitted too ), and despite the attempts by Eric Bond Hutton, Barbellion’s most articulate champion, to boost his reputation , Barbellion is probably destined, like his equally brilliant contemporary, Charlotte Mew, always to be unfashionable 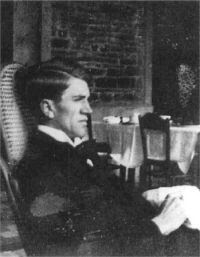 There was a time when I was coming across copies of The Journal of a Disappointed Man regularly in second-hand bookshops, but today copies seem to be scarcer . ABE features just 29 copies of several editions, including a 2008 paperback at £39.45 and what appear to be two firsts at £20 and £12.99. Doubtless, Barbellion's low profile in the shops is a constant annoyance to Hutton, who has often complained that his completed ( or near-complete ) biography has yet to excite publishers. So far, only his anthology The Quotable Barbellion has appeared, and a follow-up, Barbellion and his Critics, though promised by his publishers, has yet to surface.

I used to rib Hutton for his almost obsessive devotion to Barbellion, though perhaps invalids do and should inspire such dedication. But in the year in which Edward Upward has died at 105 with a shamefully thin back catalogue of a mere three or four books, surely Barbellion’s unique, introspective, almost visionary work of great good humour, deserves to engage the attention of critics and collectors once again.

** The ABE copy is in undesirable condition although the book is vulnerable--it is the same format exactly as Auden's 1930 'Poems' but whereas the Auden is blue Clere is green (as I recall.) The Auden is also hard to find in acceptable condition. A sharp clean copy of Parsons 1932 'Poems' should command nearly a £100. I think Peter Joliffe, who liked him, had one at around this price - but I might be mistaken.
Posted by Bookride at 4/05/2009

Can I chip in with William Soutar and recommend the Britten settings - 'Who Are these Children'?

Also Jean Redpath's recording of 'The Tryst', the most moving Night Visitor song of them all.