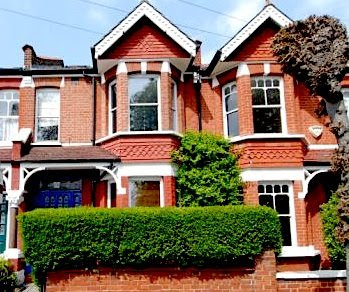 We posted an earlier poem by the late, great Joan Barton poet and bookseller (1908 - 1988.) This is probably the only findable poem about a house call--that is a bookdealer visiting someone's house to buy books. Often there is an element of pathos, especially when a death has occasioned the sale. A person's book collection often says a lot about them-their character, foibles, passions, obsessions, experiences and convictions. There will be many books given to them as gifts, books inherited from parents, school prizes, leaving presents and even books from their childhood with their name in a childish hand. In the pages of the books old letters, ephemera and photos will be found, sometimes snaps of old girl friends and long dead pets--in the earlier poem Joan refers to this - 'the ghost dogs in the vanishing gardens.' Sometimes there is a sense that the person did not have enough time to read and study even a small part of their collection. In one call, after I had given a substantial cheque--the grieving wife thanked me and said 'but it won't bring him back'. In tribute to the unknown owner of the books in Joan's poem, who spent his life as a clerk with the GWR I have put an image of Turner's great painting below 'Rain, Steam and Speed the Great Western Railway''

There is a feeling of finality when the books are carted out of the house and loaded in a van to be later priced and dispersed. Joan captures this, although in her case the widow is glad to see the books go. I have no idea who Williams the Hammer poet is -Google knows him not nor Allibone**. The H U L is the Home University Library (now unsaleable), Jefferies is the great rural writer Richard Jefferies. Thinkers' and People's Libraries are small self improving books also hard to sell these days. Everyman's and Nelson's Sevenpennies are mostly pocketsize classics and fiction. The little red Sevenpennies were much collected by Graham Greene and his irascible brother Hugh but hardly anyone else. Take it away Joan:-


A PASSION FOR KNOWLEDGE IN NORTH WILTSHIRE.

A red semi-detached in the Swindon suburbs
Where the milky westering plain
Flows out to the sky.
One of a hundred such in their tidy rows,
Privet hedge, London Pride, brown rep in the window bay,
All that was meet and bright
Those twenty years past-
But this one was crammed with books
While it went along with the rest.

"I suppose it was a sort of religion"
The widow who had summoned us said,
With questioning looks:
This clerk with the old Great Western
Scarcely retired then suddenly dead,
A man in a Swindon tradition-
Evening Institute and Working Men's College
Had been made for him,
To whom Jefferies and Williams the Hammer Poet
Were the closest kin. 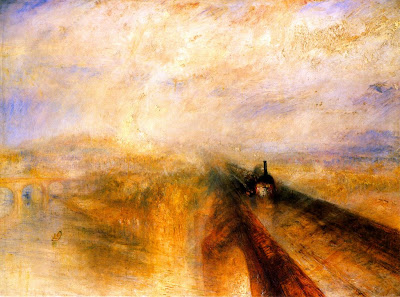 All the masters and makers and leaders
Buttressed the bedrooms, landing, hall,
Thinkers' and People's Libraries,
Dim old H. U. L.,
Forgotten Nelson's Sevenpennies,
Ubiquitous Everyman*,
Crowding baths and dangling chain;
The attic was peaked to the roof,
Scarcely a fingerhold there;
The illumination of gods
Lit the dark bend of the stair.

"It wasn't as though he was lonely,
We had the boys and I was here,
But he cycled off every Saturday
And he kept bringing them back
Then they were everywhere."
("Not in my little sitting-room!" she had cried
Too late- it was soon engulfed
By the strange unstemmable tide).
"It wasn't as though we were rich;
And books breed dust" she said.

He had not time to read half of them
They were there in case,
In case he could grasp it,
For fear he should miss it, whatever it was,
So he thought of those Saturday trips
Under the hump of the downs,
Where the White Horses stamp at gaze
Harebells and lesser broomrapes
Thin on the old chalk bones,
By way of upland villages
To the distant towns.

"Yes, I want them all cleared out!"
She declared with something like passion,
And maybe she thought
"It will be as it used to be
When the books are gone."
So we ferried them all away,
Then she gave us tea
On the crochetted cloth
And mused over snaps of the children
While we stroked the cat,
At last, with puzzled goodbye,
Saw us off at the gate.

And we never knew what she found there
When it was swept and garnished again
When it was clean and bare and empty
And she could call it her own;
Was it peace and a devil exorcised?
Or questions echoing on,
The ghostly enemy answer
Still not known?

* A pleonastic play on words. Indeed Everyman's (which now sell for £3 or £4 each but seldom more) were once so ubiquitous that there is a persistent legend in the trade that after the war, possibly in the early 1950s a large group of British (or London) dealers tried to make them less common by each dumping or pulping huge quantities of these attractive little books. One imagines a bunch of dealers in Burberries and British Warms convening in a misty Essex field and solemnly dumping the books into a a great pit dug for the purpose. Later returning to London in their Dormobiles, Bedfords and shooting brakes. A scene from a Robert Hamer movie.

** I am now assured by Eclectabooks that this is Alfred Williams (1877 – April 1930) a poet who lived in the vicinity of Swindon, UK. He was almost entirely self taught, producing his most famous work, 'Life in a Railway Factory' (1915), at night after completing a gruelling days work in the railway factories. He was nicknamed The Hammerman poet.
Posted by Bookride at 4/02/2009

Very nice to see this poem from Joan Barton's collection, 'A House Under Old Sarum' (Peterloo Poets, 1981) on your site. It was previously – and appropriately – published in the Antiquarian Booksellers Association Miscellany, in 1975 (having first appeared in the Hull-based magazine Wave: New Poetry in 1971). Barton in fact died in 1986. More can be read about her life and poetry in my articles in the Bristol Review of Books, Issue 5, Spring 2008, (on-line at www.brbooks.co.uk/2008/04/22/joan-barton/) in The London Magazine, May/June 2008 and in Agenda, Issue 64, May 2009.