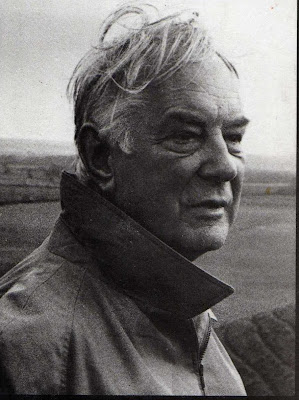 A guest post by the estimable Robin Healey on a poetry 'sleeper'--although the severe limitation should alert most punters. Good to see Grigson's 'People, Places, Things and Ideas,' mentioned. This is the sort of book of knowledge that is never published anymore due to the internet. It is easily found, even 4 volumes in a slip-case and costs less than a couple of airport novels. It recalls a more earnest decade, the time of the Brains Trust and Bronowski, and was even published in America. I last saw a set in a St. Vincent de Paul thrift shop in Capitola, California for $5. Due to its weight and unsaleability I had to leave it there. The Grigson tradition carries on with his daughter Sophie who writes cookery books that you can actually cook from. Over to you Robin...


Most listeners to the Third Programme or readers of the Listener magazine if polled c1948 to name the most foremost living critic would very likely have nominated Geoffrey Grigson. The forties was truly the decade of this prolific ( in one year he published, I think, 9 books) and versatile broadcaster, fierce critic of poetry and art, anthologist, essayist, and, as a poet, master of precise, incisive observation. But the fifties saw him no less successful ( and a little more prosperous ) and in was in 1953, while engaged 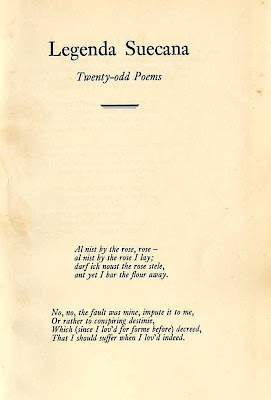 in editing an upmarket encyclopaedia, 'People, Places, Things and Ideas,' that he found the money to publish a small book that has now become a great rarity .

My copy of 'Legenda Suecana', subtitled Twenty-odd poems, bears no name of either author or publisher , and the date of publication occurs on the final page, along with the declaration that ‘ twenty-five copies have been printed by the Chiswick Press for the author ‘ . But though this statement is true, it doesn’t tell the full story. Grigson did receive 25 numbered copies himself, but two years ago I discovered another copy of the book containing a note from the publishers, Rainbird and Mclean, revealing that at least 150 more copies had been printed, probably for general distribution. All this would not matter were it not for the fact that the poems that comprise 'Legenda Suecana' chronicle Grigson’s brief adulterous affair with a young Swedish girl he had met while conducting research at the Bodleian Library—and that these revelations of naughtiness and the inevitable pain of rejection are most definitely not the sort of poems that most men would willingly broadcast to the wider world, never mind their wives and relatives.

‘ You smooth my head,
You warmly shift on me,
You move your leg, your thigh,
You ask—O bitch’s, bitch’s,
Question—‘Is it I
Makes you so potent?’…’


At this time Grigson was still married to his second wife, Berta Kunert, though relations had been strained for a while. Anonymity, and the control that Grigson exerted over who received the 25 private copies, offered a certain amount of protection, but if the 150 copies of the book were indeed sold or given away cavalierly by the publishers, it is inconceivable that a poet with so 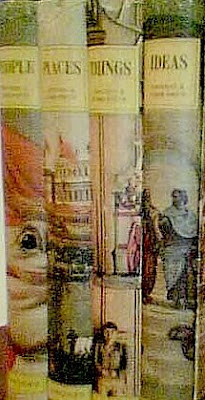 individual a voice could keep the facts of his liaison secret from any devotees of the Third Programme or the Listener who may have acquired a copy. In view of this, perhaps we should conclude that Grigson either didn’t know that so many more copies of his book had been printed, or, if he did, that he didn’t care who found out about his affair.

As it was, at about the same time that Legenda Suecana left the press he met, through 'People, Places, Things and Ideas' (pic left) , Jane McIntire, a young picture researcher twenty-three years his junior. Love blossomed and eventually, he left Berta . By the time the poems that make up Legenda Suecana had been incorporated into his Collected Poems (1963) he and Jane were a well-known couple and she had already embarked upon her sparkling career as a cookery writer .

It was Jane herself who presented me with my copy of 'Legenda Suecana' at a memorial poetry reading in 1986, a few months after Grigson’s death at the age of 80. I cherish this book, particularly as it came from someone intimately associated with the amorous adventures of 1953. For the many admirers of Grigson, 'Legenda Suecana' has become a desirable book –a fact that is reflected in the speed at which any copies disappear from ABE, despite prices that range from £50 to £100. I have never actually found a copy in any bookshop and at present there are none available in ABE.
Posted by Bookride at 5/21/2009

"the many admirers of Grigson"
Not sure about that; not as a poet, which is what he would have thought mattered, and his criticism of ocntemporary poetry was unjustly caustic. There was something too personal in his hatred of bad poems. All the same, it is books like People, Places, Things, Ideas, The Englishman's Flora and his anthologies that are his best memorial. Who ever forgot what they wanted to find on the internet and spent half-an-hour browsing at random instead?