LITERARY HISTORY
Muriel Bradbrook's book is curiously unfindable but it seems to have established modern research into this shadowy group. It was reprinted in America in 1965 but even that edition has gone to ground. The name of the group is drawn from a satirical and slightly obscure allusion in a passage in Act IV, scene III of 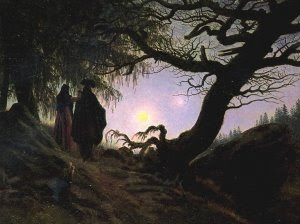 Shakespeare's play Love's Labours Lost, in which the King of Navarre says "Black is the badge of hell / The hue of dungeons and the school of night." There is even some doubt whether this is the correct reading (see Wikipedia who report alternatives such as 'Scowl of Night.') A scholarly site called Everything2.com has this on it:-

"An Elizabethan esoteric school founded by Walter Raleigh (a follower of John Dee) and Thomas Harriot, the renowned astronomer and astrologer. Its membership included the Earls of Northumberland and Derby (both alchemists); Sir George Carey; William Warner and Robert Hues (with Harriot known as the 3 Magi); and the poets Marlowe, Chapman, and Roydon. Henry Percy, the 9th Earl of Northumberland, was a driving force and financial backer within the group. Known as the 'Wizard Earl' he was jailed by James I, at the same time as Raleigh, for alleged involvement in the Gunpowder plot and treason. 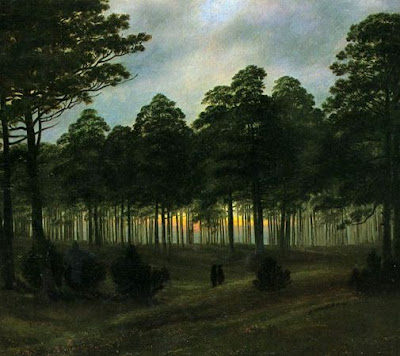 The school was influenced by the ideas of John Dee and Chapman's poem 'the Shadow of Night' which celebrated the Saturnine, Hermetic melancholia, symbolic of the unconscious, the inspiration of the night and the first stage of alchemy, the Nigredo. Shakespeare knew of the group but never joined and parodied it in his Love's Labour's Lost ...The exact activities of the group were unknown but its ethos was similar to later Rosicrucians and Raleigh is believed to have acted as its main agent in the attempted colonization of America. The group was broken up with the rise of the Stuarts."

Others are more sceptical and see it as a very loose group of freethinkers, atheist and antinomians. It is not listed in Robert Anton Wilson's amazing list of conspiracies, cults and cover-ups 'Everything is Under Control' which has such groups as Potere Occulto and The Priory of Sion. It was the inspiration for a recent fine thriller by Alan Wall 'The School of Night - the story of a present-day researcher who becomes obsessed by connections between Shakespeare's plays and members of the "school". The book so far has no significant financial value, unlike Ms Broadbent's tome which has many wants posted on the web. Membership of the school does not seem to have conferred wealth or fortune--Chapman died in poverty, Marlowe was murdered in a tavern brawl.

Chapman's poem 'Shadow of Night needs to be reprinted. Meanwhile here are these dark, dark lines:-

Never were virtue's labours so envied
As in this light: shoot, shoot, and stoop his pride.
Suffer no more his lustful rays to get
The Earth with issue: let him still be set
In Somnus' thickets: bound about the brows,
With pitchy vapours, and with ebon boughs.
Rich taper'd sanctuary of the blest,
Palace of Ruth, made all of tears, and rest,
To thy black shades and desolation
I consecrate my life; and living moan,
Where furies shall for ever fighting be,
And adders hiss the world for hating me;
Foxes shall bark, and night ravens belch in groans,
And owls shall hollo my confusions
There will I furnish up my funeral bed,
Strew'd with the bones and relics of the dead.
Atlas shall let th' Olympic burthen fall,
To cover my untombed face withal... 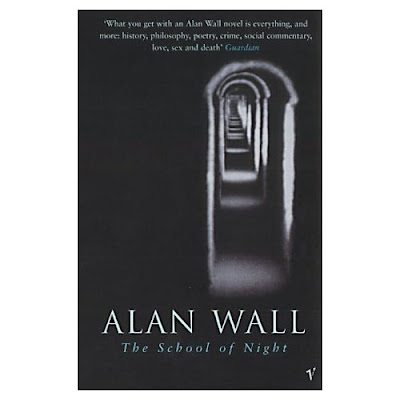 "Others are more sceptical and see it as a very loose group of freethinkers, atheist and antinomians."
Charles Nicoll in The Reckoning, about Marlowe's death, supports that view, 'though he suggessts the connexions were closer. Bradbrooke's book's rarity may be connected with its publisher: o.o.p Cambridge books seem to be rarer than O.U.P. books; perhaps they were issued in smaller editions as their new books also seemed comparatively more expensive than similar books when I bought them.

Can't see that Raleigh was a follower of Dee - maybe interested him in the way that Yeats was interested in Waite I suppose.

Dee was a seriously unpleasant character, as his exchange with Philpott (a humane Calvinist) while the latter was in Bishop Bonner's custody shows. Curiously, it is evident that Bonner, like Philpott, knew that Dee was a sorcerer - he subsequently made a joke about it to his fellow bishops.

Dee wasn't the only figure to move seamlessly from persecuting Protestants to persecuting Catholics, of course.