Google co-founder Sergey Brin was an 'op-ed' contributor to the New York Times last week. An interesting article -part puff and part manifesto. It was called 'A Library to Last Forever' -the view from Mountain View as it were. He has so far got the text of 10 million books, many over 100 years old and well out of copyright, up on Google Books and wants to get millions more, especially books post 1923 where US copyright takes hold (i.e. books that are no longer in the public domain.) A good well reasoned article rejecting ideas of a monopoly - at one point he writes - ' I wish there were a hundred services with which I could easily look at… a book; it would have saved me a lot of time, and it would have spared Google a tremendous amount of effort.'

The NYT readers comments are interesting--some outraged at this attempt to sequester the worlds wisdom and knowledge, many profoundly grateful (especially writers and researchers) some worried about the future of books and Brin's motives. One alarmist called Google 'Shiva the Destroyer' another 'A Trojan Horse' ("Beware of Google bearing gifts.") One angry chap compared the Google project to 'agribusiness' - an attempt to own the rights to all books ever published. Over half were positive, one guy urged them to 'soldier' on - 'we will cover your back.' A lot of optimists thought the Library of Congress should be doing this--nobody seemed to mention the cost of digitising books or the vastness of Google's investment ( surely a billion dollars or more -page turners, copyright lawyers, endowments, researchers, experts, academics, programmers, equipment etc.,) As Brin says, anybody can do it (and quite a few have, but not it such a monumental way) but due to their AdWords revenues they can pay for it and it will be money well spent for them and hopefully for us.

He talks of his legal tussles with 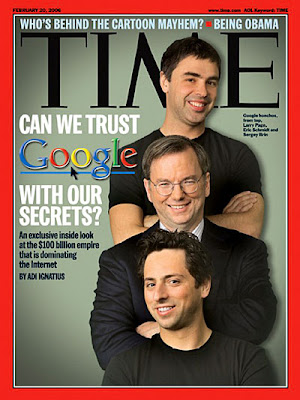 the Authors Guild and the Association of American Publishers over the project. '…while we have had disagreements, we have a common goal — to unlock the wisdom held in the enormous number of out-of-print books, while fairly compensating the rights holders. As a result, we were able to work together to devise a settlement that accomplishes our shared vision. While this settlement is a win-win for authors, publishers and Google, the real winners are the readers who will now have access to a greatly expanded world of books.' Good stuff, but the battle is not nearly over and the motives of large, rich companies are often suspect. In the new age of Obama's America it would be nice to think these guys could be idealists, even visionaries, who have made enough money to allow them to see beyond the mundanities that motivate corporate man (money and power). Time will tell, but the sheer scale of their ambition is formidable.

In arguing the need to preserve texts digitally Brin talks about how libraries have been devastated over time by fire and floods (the library at Alexandria burned three times, in 48 B.C., A.D. 273 and A.D. 640, the L of C lost two-thirds of its collection in a fire in 1851 etc.,) While he was at Stanford in 1998, floods destroyed tens of thousands of books and a similar flood had happened there just 20 years prior. He notes laconically 'you could read about it in 'The Stanford-Lockheed Meyer Library Flood Report', published in 1980, but this book itself is no longer available.' It is on the subject of freedom and easy and open access to books that he fires his best shot:


"More important, even if our cultural heritage stays intact in the world’s foremost libraries, it is effectively lost if no one can access it easily."


Some NYT comments said you could order all the books you need through Inter library loans, but this is can be a cumbersome method and is only available for some books in some countries. Buying out of print books ('orphans' in googlespeak) from book dealers has a great deal to be said for it but money is sometimes tight and many books are too rare to be affordable or even to be available. As a dealer I see the scheme opening up the market rather than harming it. New collectors, readers and book enthusiasts will be created by this bold 'Forever' project - especially among the under thirty crowd, who are now seldom seen in bookshops or at bookfairs; those born after the year of the Jubilee and Punk (1977) i.e. the post-literate generation. Sergey was four at the time but by the time he was 26 he had accumulated well over 15,000 real books...of which more soon. 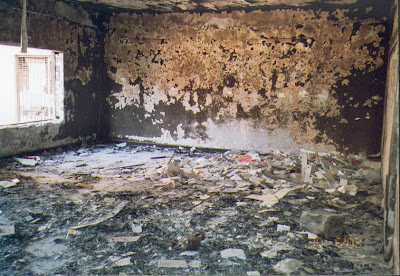 Does Mr Brin say why books published before 1923 aren't available on google?

Thanks Thersites--I have now tried to make it clearer in this posting but actually they have millions of books pre 1923. In the Uk we have different copyright laws (as I recall books go out of copyright 50 years after the author's death) so that 'Ulysses' is out of copyright for example.

The Stanford-Lockheed Meyer Library Flood Report that Sergey couldn't find is available at Hayward and UCLA in Cal and a couple of other places. I guess the one at Stanford disappeared in the second deluge!

Sorry, I meant that Google have millions of books published well before 1923- before 1900 even- which are out of copyright worldwide (I think it's seventy years after the author's death now in the E.U.) but which are available only as snippets or not at all. It would be more useful if those books that are undoubtedly out of copyright throughout the world were openly available before they negotiate over books that are still in copyright.

Isn't the UK copyright now 70 years after the author's death? I quote : "Under the 1995 Regulations, the period of author's copyright was further extended, to the lifetime of the author and 70 years thereafter. Those regulations were retrospective: they extended the copyright period for all works which were then still in copyright, and (controversially) revived the lapsed copyright of all authors who had died in the previous 70 years, i.e. since 1925.

PM is right. When the extension came, the change was a nightmare for reference (and no doubt other) editors as the extension made some projects unworkable.

Nigel, can I take advantage of your space to digress and say a time-warp thank you to PM for his courtesy in making sure years ago that we got a genuine first of one of the slipcased Harry Potters for our eldest (Azbakhan I think) - Bloomsbury had messed it up and PM sorted it. Thanks PM.