I've been pondering the question of books as an investment since posting about the Stieg Larsson phenomenon. I tend to distrust booksellers who try to sell books as an investment ('here's one for the pension fund') and some booksellers organisations specifically prohibit it's use as a sales tactic (as do some estate agents, oddly enough.) The main reason is that unless you have the foresight of Nostradamus it is very difficult to know what books will go up and which will fall. Sticking to proven world famous classics is usually considered a good bet. William Rees Mogg, editor of 'The Times' and sometime bookseller, wrote an interesting article showing how first editions of certain classic books (Wealth of Nations, Johnson's Dictionary, Blackstone, Malthus etc.,) over the years had performed as well as the stock market. However it depends on how well you bought them and where and how you sell them; bought and sold in auction a lot of value evaporates in commissions...

Odd corners of the market can unexpectedly prosper- ephemera, photobooks, manuscripts etc., Leaves from the Gutenberg Bible have appreciated significantly. They usually come in a 1921 leaf book called 'Noble Fragment' which has an essay by A. Edward Newton and a leaf (occasionally leaves) from an imperfect copy of the 1455 Bible which was divided ('broken') by Gabriel Wells, a New York book dealer. A dealer on ABE wants $80,000 for his and an internet Bible specialist wants $79000 ('the “Holy Grail” of book collectors everywhere') and $120,000 for a chapter heading leaf (Deuteronomy.) He suggests these leaves are appreciating at 20% a year which means they will hit the half million in about 2018, an extremely unlikely scenario. In 1988 leaves were making $5000 regularly. Extrapolating from the value of the leaves he values an actual Gutenberg bible at $100 million which may be a tad optimistic, although in a world where Beedle the Bard gets bought by Bezos for $4 million anything is possible. The market has not been tested for over 20 years - in 1987 one of the two volumes made $5 million, 30 years ago the great Breslauer paid $2 million for the full monty.


If the Larsson 'Tattoo' was to appreciate from £500 (which it made on Ebay this week) by 10% a year it would be worth about £1200 in 10 years time. This is assuming that in 10 years it is still well esteemed and that the supply is not greater than was originally thought. The reason why 'Corelli's Mandolin' tanked (from over £600 to less than £200) was that there were simply too many about; the lousy movie did not help either. The internet responds almost perfectly to the laws of supply and demand, however when a book first starts becoming collected the market is in flux and the true value is, at that point, hard to call. If you wait you may be able to buy at a 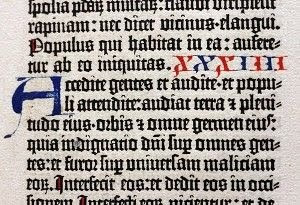 much reduced price, but you may miss out badly on a real winner (Harry Potter comes to mind if you were buying in the late 1990s.)

There was a real buzz about John Dunning's great bibliomystery 'Booked to Die' in the early 90s and prices of $1000 were being asked and occasionally achieved, but 16 years later you can buy an excellent signed copy for $400. No consolation can be had from smug advice about buying the books you love (because if they don't go up in value you at least have something to read.) Attempts to corner the market are also very risky. The murdered attorney Rolland Comstock bought the remainder of Jim Crace's first novel, 'Continent' (1986) 1085 copies. Because the book is now in ready supply (possibly from the Comstock Lode itself) the book can be bought fine/ fine/first for £5 ($8) although some bravehearts are still wanting $100. It's like the 'Diamond as Big as the Ritz'--the supply has to be carefully monitored. Our 300 Octopussies (bought around 2000 and sold at a measured pace) have now all gone although somewhere I have about a half dozen 'as new' (for the pension fund.)

Last word on investing. In X. Driffields classic 'Not 84 Charing Cross Road' he notes that the billionaire financier Michael Milken had at one time invested in the rare book world-- whether it was books themselves or a book business I am not sure. X.D's book is not yet on GoogleBooks and as I recall it was about as impenetrable as Finnegans Wake. There is a story of Milken leaving the house of a colleague after dinner one night. As he stepped into the night his host's wife looked up at the skies and remarked how beautiful the stars were. Without looking up Milken replied 'You can't buy them, you can't sell them so why look at them?' As the Italians say "Se non è vero, è ben trovato".
Posted by Bookride at 11/20/2009

The storage of the books is also the problem ,like wine books gather damp and dust,alot of dealers i knew have attempted to cash in their pension,only to find mildrew has ruined the books,althought the shed didn't help.
Also the investors have driven the condition inspection to silly lenghts,does any
1st edition collector read the books ? surely fingermarks damage the book ?

The first Colin Dexter novel "Last Bus To Woodstock" was printed on paper that browned as it came off the rollers. ALL copies now look pretty dreadful and at some not too distant stage in the future the paper will start to fragment and fray
(Hmmm...Fragment and Fray...sounds like a King's Road perfume parlour) and self-destruct.

Yeh, a collectible has to be a nice object unless the book is really scarce. Poor paper, lingering smells and stains will make handling the book a distinctly unaesthetic experience.

A lot of the paper used in the 80s and 90s was rubbish - the production people were under so much pressure to reduce costs that some times you would end up with books that had to be pulped after they arrived. I remember one author telling his publisher, 'you can sell this book in any market you like as long as it's not an English-speaking one'.

Re Bob's point, I have all of the Flashman series inscribed to me and most of the Aubrey/Maturin and Dalziel/Pascoe series, but also keep the paperback versions for reading, which is how you define collectibles you really want to own I suppose.

As for investment, I remember being told to buy as many John Fowles firsts as I could afford at about the same time someone told me to give up my company pension and go private. Disregarded both experts, thankfully!

Thanks Edwin, Bob et Al. Edwin you did well to avoid Fowles, he hasn't totally tanked but has proved a flat investment. I remember all the fuss about 'The Collector' back in the 1970s and it can still be had for about the same price as then; same goes for 'The White Hotel' and "The English Patient"--there must be quite a few like this. What I need to know is an author who will double in the next two years--how about a novel about a vampire at the London Olympics?

Al(!) here: I'll give you one to put away for 2012: MICHAEL GILBERT: Even Murderers Take Holidays. Published in May 2007 by Robert Hale in an edition of 750 copies. Hardback. 18.99.
Try and find one. (But not after I've dug around in your basement for a chance of a £4.00 review copy! Although, thinking about it, Robert Hale never send out their books for review so no luck there then.)

It's funny, but just a few days after first reading this post, I bought a signed first of Dunning's "The Bookman's Wake" in a thrift store for four dollars. Fate, I tell you.