(and other books and manuscripts accidently burnt)

Of William Carlos Williams’ debut slim volume, Poems, which the young and popular physician of Paterson, NJ published privately in 1909 only two copies are known to exist. Of the second state, which differs from the first in only a few respects, a hundred copies were published in 1910 by a local printer Howell at 25 cents a copy. Dr Williams took a dozen of these to the local stationery store and after a month four had been sold, so he brought home the remainder and after distributing a few copies to members of his family, returned the rest of the edition to his printer. At some point Howell, as Williams recalled in his Autobiography, then wrapped them in a neat bundle and put them away for ‘safe keeping’. After they had ‘ reposed ten years or more on a rafter under the eaves of his old chicken coop ‘ they were ‘, Williams recorded ruefully, ‘inadvertently burnt ‘.

Apparently only 9 copies survived from the inferno, by which time ( it would have been sometime after 1920 )Williams had published with greater success and presumably received back what was left of the edition. Or did the egregious and highly embarrassed Howell retain them? What I want to know is why, for all that Williams regarded the contents of Poems as ‘ bad Keats…bad Whitman too ‘ and felt that there was ‘ not one thing of the slightest value in the whole thin booklet ‘, could he not have given the ninety-odd pamphlets house ( or surgery ) room ? Today, each copy of this first book by one of the most important innovators in American poetry commands around $25,000, with or without scorch marks !!

Tales of books or ( more rarely )manuscripts publicly burned are common enough in the literature of despotism or Puritanism. Whole libraries have gone up in flames ( for more details see the excellent Books on Fire by Lucien X Polastron ), and who knows how many Caxtons and Wynken de Wordes were lost in the Great Fire of London. Didn’t Pepys lose some ? And whole editions were turned to ash in printer’s warehouses during the bombing of the capital in both World Wars—we know, for instance, that the entire print run of Awake, that excellent first collection by W. R. Rodgers was destroyed, as well as most of the first edition of Country and Town in Ireland by Constantia Maxwell ( both of which were reprinted later )---and possibly (since I can’t find a copy recorded anywhere after fifteen years of searching ) of EBO by E. B. Osborn, famous literary editor of the Morning Post—which wasn’t reprinted. But losses through accident or carelessness ? J. S. Mill’s errant housemaid may perhaps be the best-known literary pyromaniac, 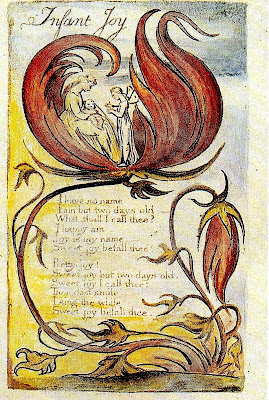 but the fate of poor old Frank Kermode’s signed firsts, which were lost to the refuse tip in Cambridge ( presumably to be incinerated )has a element of black humour to it. Were the city’s book dealers seen scavenging late into the night for literary treasures among jettisoned fast food cartons and broken-down computers ? —and more recently still, cult children’s writer G. P. Taylor, who in 2005 lost an estimated £250,000 when he threw the MSS of his million-selling Shadowmancer on the garden bonfire along with other manuscripts. Regarding this I want to know at what point did it become impossible for the absent minded ex-vicar to recover at least a portion of the typescript from the flames? In my experience A4 sheets thrown onto bonfires tend mainly to blow away, though I suppose it could have been unusually still that day.

On this note, is the tragic story of the Dimsdale copy of Blake’s Songs of Innocence, which the first owner is said to have bought from the author himself. Apparently, while preparing for a move from Essendon Place in Hertfordshire ( later the home of Barbara Cartland ) in the 1890’s, leaves from the volume were dumped onto a bonfire by the gardener, who only realised his mistake after 27 plates had been totally consumed by the flames. Nine leaves were rescued and these, complete with singed edges, remained in the Dimsdale family until they were sold at Sotheby’s in 1952, when Blake scholar Geoffrey Keynes bought them, as he recalls in his autobiography, The Gates of Memory (1982). [R.M.Healey]

Thanks Robin. Wise words, indeed. One wonders if the Rev. G.P. Taylor isn't drastically overvaluing himself? Reminds me of when uberdealer R.A. Gekoski went to negotiate with Golding about buying the manuscript of 'Lord of the Flies'. The great man wanted a million pounds for it (in the 1980s). No deal! Not even the MS of Kafka'a 'The Trial' had made that at the time.

A few books to add--many copies of the USA 1851 first of 'Moby Dick' are said to have gone up in a warehouse fire. Gadsby, the novel without a 'e' in it much loved by Oulipians is now very hard to find because of another burning warehouse, likewise Nabokov's 'Despair' (1937) and E.M. Forster's 'Alexandria' (1922.) Other books have succumbed to what the British Library call 'enemy action' (one imagines fire was involved.) This is said to account for the scarcity of 1938 firsts of Beckett's 'Murphy' - a bombed warehouse at Routledge. As for William Carlos Williams let's not forget his great imagist poem 'Red Wheelbarrow.' He may have started off doing bad Whitman, but could Walt have written anything better?

so much depends
upon

beside the white
chickens.

Another one is Vernon Lee's classic collection of ghost Stories, Hauntings (Heinemann, 1890) - the warehouse burnt down destroying most of the first printing. I've often wondered about that because it doesn't seem to particularly scarce...

The first printing of Flann O'Brien's At Swim-Two-Birds allegedly sold only 200-odd copies before the Longman's warehouse was destroyed in the Blitz. A copy with the first-state jacket is now something around US$10,000.

Was (is) there not a well-known bookdealer, currently trading not a million miles from Cecil Court, who, having his house renovated some years ago in the south-western suburbs of the great metropolis, was not a little disconcerted to discover a valuable book collection had been stripped from the house by the horny-handed toilers and thrown onto a skip which, at the time of discovery, he reckoned was already floating down the Thames heading for a waste dumping ground off the Goodwin Sands?

Another would be the first printing of Captain Slaughterboard Drops Anchor - enemy action again.

George MacDonald Fraser once walked past a skip beside the old Express offices in Glasgow and noticed what looked like artwork - he looked in and found dozens upon dozens of original Bud Neill cartoons. George grabbed a passer by and they rescued them just as rain began to fall.

Neill doesn't mean much to non-Scots - he was a genius on the Ivor Cutler level.

Ah
if
only I had
a wheelbarrow
(colour irrelevant)

and such
a
skip

Following the Carlile/Paine posting, it's worth mentioning the proofs for Ethan Allen's 'Reason the Only Oracle of Man' (alleged to have inspired Paine to some extent in his Age of Reason published ten years later) that met accidentally with fire following a lightning bolt striking the printing house in Vermont. The printer, perhaps believing this to be 'judgement from above' for dealing with Allen's anti-Christian work, promptly (and deliberately this time) consigned the remaining copies of this 1784 edition to flames!

A second edition of Allen's book didn't appear for another 52 years, albeit abridged and with the sting softened - possibly for fear of attracting another lightning bolt, hmmm? At the British Library, as I was studying Allen's Reason, I was electrocuted by my laptop adapter but thankfully no fire ensued.

These stories abound. Later versions of abandoned works might include the wholesale remaindering of initially neglected books that later turn out to have been classics. Copies of the 1st (and only hardcover edition) printing of Cormac McCarthy's Suttree--for my money, the best of his novels by far--routinely turn up with the Random House remainder mark--the little house image--stamped to their bottom edges. Which means one might have acquired them at one point for something south of about 4 or 5 dollars a copy Even these remaindered copies, in good condition, today, can command as much as $3000.

Early books by writers who later went on to fame are often subject to the slings and arrows of the marketplace. In addition, they're often published in small editions, increasing their rarity.