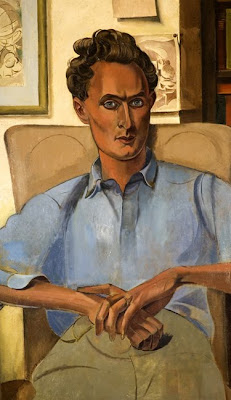 continued ....as with all legendary rarities, the fact that no-one knows exactly how many copies were produced will always feed the imagination of collectors. The Holywell Press have no information on the number they printed for Spender. And no-one who received copies from Auden is alive today.

So it seems probable there are copies still at large. For a number of years collectors, dealers and librarians have played a numbers game in which an imagined figure of 45 copies has been set against the number of copies traced. By late 1962 thirteen copies-- ten in private hands and three in public collections-- had been recorded. One of these private copies was acquired in a distinctly serendipitous way by the collector H. Bradley Martin in February 1962. According to The Book Collector Martin ' happened to be sheltering...from the rain one gloomy afternoon ' in El Dieff's shop when a copy of the Poems inscribed by Auden to C Day Lewis ' fell into his hands'. Two months later, according to the same source, another copy was ' conjured up' by Mrs Henry Cohn of the House of Books on the opening night of the Antiquarian Book Fair in New York. A further copy was sold to the Morgan Library eleven years later for a ' landmark ' $8,500 .Today, the number of recorded copies remains at 14, with possibly the same number ‘out there’. [R.M.Healey]

Thanks Robin. That's Wyndham Lewis's portrait of Spender above and Auden by Avedon beneath. I vaguely know why Spender was going for so much 20 years back; there were at least two punters around building completist collections of major twentieth century poetry. There are some nearly impossible early Sassoon items but when you have 'The Waste Land' and Pounds 'A Lume Spento' and the difficult Wiliam Carlos Williams, the last challenges remain the 1928 Spender and Auden booklets. The Spender is probably twice as hard to find. The sums don't seem to work because Auden is several times a greater poet that the talented Spender. If Auden is Dylan then Spender is probably Donovan. Time and time again in this game you realise that price does not reflect literary greatness, even within an author's own work. Sometimes an author's worst book is his rarest and most valuable. 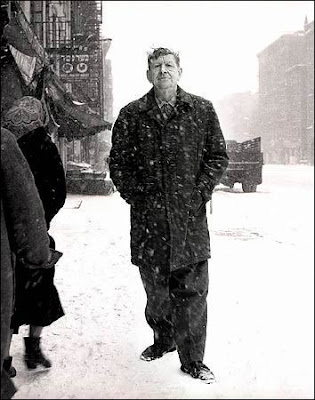 I want to hear more about Swiss Henry!