Manet and the Post-Impressionists (2)

Fry had doubtless predicted an outcry when the exhibition opened and he was right. The comments from the old guard of British art can be imagined. One visitor—rumoured to be the reactionary Orientalist, Wilfred Scawen Blunt –went as far as warning one young man not to enter the gallery for fear of being horribly corrupted by what lay within. The popular press almost to a man supported this view. To many the exhibition was dangerous. The artists couldn’t draw or paint; the colours were obscene and decidedly not to the taste of the great British art lover. 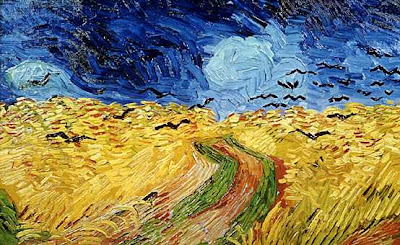 But takings were excellent. Some pictures were even sold, and Fry, though stung somewhat by the comments left by visitors and by the press reaction, was sufficiently encouraged by the response of the cognoscenti, to organise a second exhibition in 1912, which he imaginatively entitled ‘The Second Post-Impressionist Exhibition’.

A century on, Post Impressionism has become part of the history of art and it is the Edwardian Academicians that tend to be dismissed . Consequently, the catalogue of this first brave statement in defence of modern art is eagerly sought after. But where 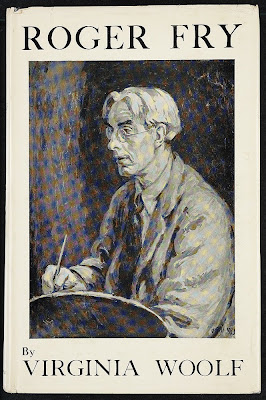 can one find one ? My own ‘ Under Revision ‘ copy, which had once belonged to Antonia Forest’s father and was rescued from a job lot, is similar to the copy the Tate was boasting about online. But try as I might I couldn’t find another for sale anywhere. I contacted one dealer specialising in catalogues, who thought it was ‘ the rarest of the rare’, but had never handled one . Sims Reed didn’t have one. There was no copy on ABE. Crispin Jackson, then Head of Books, couldn’t say if a copy had ever been sold at Christie’s, but phoned back much later to say that if it ever turned up it would probably fetch £250. Bloomsbury couldn’t help either. Eventually, a copy did end up on ABE about seven months ago, in worse condition ( ‘ fair ‘ and spine lacking ) than my own, priced at £1,100, but this too has now disappeared .

But we do know just what someone is willing to shell out for this most modest looking catalogue without illustrations of an exhibition that changed the face of art for ever. [R.M.Healey]

Thanks Robin. I have been pondering values of this catalogue and thinking of other valuable 20th century exhibition catalogues. There are rare Dadaist and Surrealist catalogues, some guy, possibly deluded, at ABE wants £2K+ for Gerhard Richter Venice Biennale catalogues, last week a 1920s Picabia catalogue made 10000 euros (it had a drawing by him, but so did all 200 issued) and then there is that common rare catalogue 'This is Tomorrow.' A copy surfaced at £30 on the net a month back and sold in its first hour of life. Decent copies still find end-users at £1000.

I did actually find an auction record, albeit a buy-in, for the Fry/ Manet catalaogue. A copy with covers detached failed to make its £700 reserve in Christie's 2006 dispersal of Library of Lady Ottoline Morrell. The cataloguer made a good fist of it, even coming up with some gossip - often needed to clinch a big sale of a Bloomsbury item:

'Ottoline Morrell had been closely involved in its organization, inspecting the Cezannes and Van Goghs in Paris with Fry and Desmond MacCarthy. Roger Fry, who had met the Morrells in 1909, wrote to Lowes Dickinson on October 15, 1910: 'Lady Ottoline was with us in Paris. She is quite splendid ... The show will be a great affair. I am preparing for a huge campaign of outraged British Philistinism.' In a letter to her, Fry wrote, 'I can't tell you how it helped me to have you at such a difficult time, to help and advise. I don't think I could have done it without you.' Yet they were soon to quarrel - each accusing the other of gossiping - and the friendship was never again so strong and purposeful.'

Gossip about gossip, in fact. Christies barked: 'A FINE ASSOCIATION COPY OF THE CATALOGUE TO ONE OF THE MOST MOMENTOUS EXHIBITIONS HELD IN BRITAIN IN THE 20TH-CENTURY.' The trouble was that Lady O had not written her name in the thing and Christies did not make up a posthumous ex libris so the association would be pretty much lost once the book left the room, also the sale was mainly literature, and art stuff may have gone over the assembled punter's heads.

Among the Van Gogh's in the catalogue were the following:

Current value of this lot must be way over the billion pound mark. As I recall Lord Andrew Webber paid £100 million just for the Dr Gachet. Vincent, once an art dealer himself, could have used the money when he was around... 'Cornfield with Blackbirds' is shown above--it is not hard to see how this might have flummoxed an Edwardian stuffed shirt...

Above left is the jacket of 'Roger Fry, A Biography' by Virginia Woolf (Hogarth Press, 1940). 2,530 copies printed and not at all scarce although sharp copies wearing clean jackets can make £500 on a good day. The portrait is by Vanessa Bell. Virginia said of her book - “I can’t help thinking...I’ve caught a good deal of that iridescent man in my oh so laborious butterfly net.”
Posted by Bookride at 1/28/2010

Surprised to hear that nobody has mentioned the famed 'Armory Show' catalog from 1913. "International Exhibition of Modern Art" -- later than the catalog under discussion here-- and perhaps not as rare, but certainly in the same or higher price range?