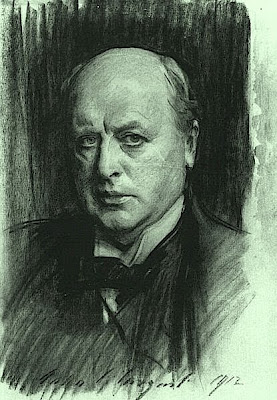 I have found a curious pamphlet from the rather neglected Mill House Press which was run by Edward Gathorne- Hardy. Printed on mould made paper in 1963 It is one of 200 copies only and called Inadvertencies collected from the works of several eminent authors.

Basically a collection of inadvertently obscene passages from mostly 19th century classics. The double entendres game. This passage from Charles Dickens gives the flavour -- 'She touched his organ; and from that bright epoch, even it, the old companion of his happiest hours, incapable, as he had thought, of elevation, began a new and deified existence.' My favourites are from Henry James. There is always a faint air of embarrassment with the Master anyway and Gathorne- Hardy has found some corkers. The slim pamphlet seems to go for a £100 so I am taking the rest of the day off. Take it away Eddie (and Henry):

"'Oh, I can't explain,' cried Roderick impatiently, returning to his work. 'I've only one way of expressing my deepest feelings - it's this.' And he swung his tool." (Roderick Hudson)

"You think me a queer fellow already. It's not easy to tell you how I feel, not easy for so queer a fellow as I to tell you in how many ways he's queer." (Passionate Pilgrim)

'What an intimacy, what an intensity of relation, I said to myself, so successful a process implied! It was of course familiar enough that when people were so deeply in love they rubbed off on each other....' (The Sacred Fount)

"It 's just like Longueville, you know," Gordon Wright went on;
"he always comes at you from behind; he 's so awfully fond of surprises." (Confidence) 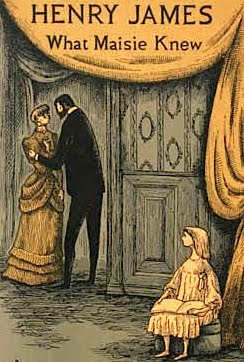 "Then she had had her equal consciousness that within five minutes something between them had--well, she couldn't call it anything but come."  (The Wings of the Dove)

"This time therefore I left excuses to his more practised patience, only relieving myself in response to a direct appeal from a young lady next whom, in the hall, I had found myself sitting.' (The Coxon Fund)
Posted by Bookride at 8/09/2010

In a big country said...

Droll material. Be careful not to bait the master, let me put that another way...