Books I have never read...continued 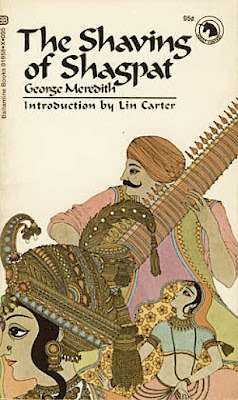 Robin Healey has sent in this piece found in The Bookman, 1932. This is the second and last part. The man with the dog is Hugh Walpole (now that's a library I would like to have bought...)

Parts of Thackeray’s The Newcomes
Parts of Piers Plowman
Half of Balzac’s novels
Most of the plays of Corneille
Most of the plays of Racine
The ‘ Works and Days ‘ of Hesiod
Lingard’s History of England
Most of Raleigh’s History of the World
Most of Clarendon’s History of the Rebellion (he admits to having owned the three ‘ noble ‘ volumes of date first Oxford edition of this for 25 years and is only just beginning to read it ).
And then, for no reason whatsoever, he then goes a bit off subject.

‘If our ideals are realised, and the ethnic frontiers fixed, and co-operation established, we shall abolished war, whether military or fiscal, and we may even have reached agreement about the separate development of races. But there will still be writers, Tutankamen, Homer and many others, who will still be recognised as having faced all the facts of man versus man and man versus the Universe. These are the true immortals, these and the men who, from Catullus to Tennyson, from Omar to Housman, have made music out of the certainty of death and the beauty of the rose. 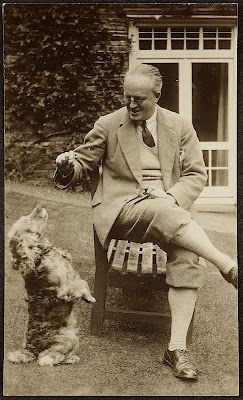 Ten thousand years hence, if any kind of organised civilisation endures, those men will still be read and will still awake an echo in ever sensitive breast.
And what will it matter then whether anybody has read the Prose Works of Milton, The Adventures of a Guinea, Caleb Williams or the Forsyte Saga ? ‘

‘I have never read Aurora Leigh and I’m not going to. Nor Shirley’ ( does he mean the novel by Bronte or the poet Shirley ?)
The Pilgrim’s Progress

‘Mommsen’s Rome. I’ve just bought it in Everyman and on my journey next year to Mars with Professor Piccard intend to read every word of it.
Beaumont and Fletcher. I’ll catch these plays before I die !
Zadig and Candide . I can’t read Voltaire. Shameful confession !
The novels of George Meredith. I have read some but cannot reread them. Their posturings choke me….
Anything, prose or verse, by Victor Hugo---a screaming, pretentious old bore.

‘ I should need time, much time…my confession would run to columns and sheets of titles.’

‘ I have never read Gibbon’s Decline and Fall of the Roman Empire or Carlyle’s French Revolution . 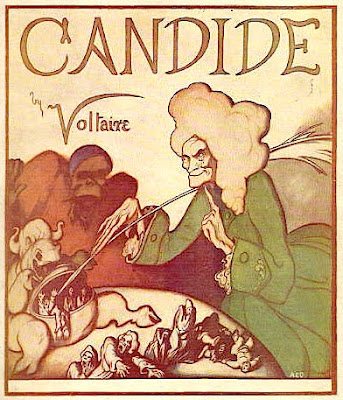 A good modern party game. Try and invent some responses from living authors. Such as…

The novels of Alan Sillitoe.

‘I’ve never read anything by John Masefield. Even at school.’

‘Can’t say I’ve ever read a word of John Grisham. And I’m not going to.’

‘I’ve only dipped into Hugh Walpole…’

Thanks Robin. Who the devil is Katie Price?! I know that Nabokov regarded Ezra Pound as 'that utter fake' but assume he must have read some of his work to utter this judgment. It is hard to make assumptions in this field-- for example one would not think Evelyn Waugh had read Frances Parkinson Keyes* but he was known to ensconce himself in an armchair on a rainy afternoon and plough through her novels. He found the writing so undemanding as to be therapeutic. Our previous posting on this subject received some attention in the biblioblogosphere, with one earnest punter declaring that life was too short to read about books that writers hadn't read, he would prefer to hear about the books great writers liked. Got a feeling that's been done ...

Some aspects of modern life may have passed you by. Never mind who Katie Price is, if you are British you cannot help but know, who in hell is J.C. Squire, squire?

Not to make this post about Katie Price, but we must be talking about a different Katie Price...surely