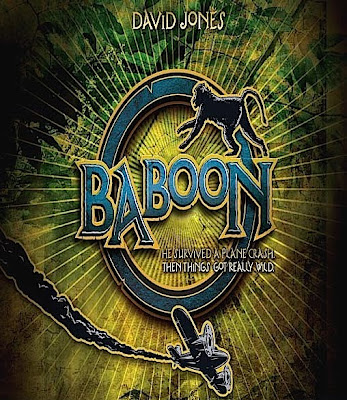 A posting inspired by finding in Any Amount of Books, a few years ago, a slim volume bearing my name. I bought it, thinking that there would now be one less person who thought I was a New Zealand poet who had been born in 1937 and who had written a poem entitled ‘Pullover’:

Unfortunately, ABE currently has one copy of Mr Healey’s little book for sale, but I take some comfort from knowing that other more distinguished writers than myself have their literary doppelgangers (if that’s the right word ). Here are some I found.

William Blake, poet, artist, mystic ( 1757 – 1827)
William Blake, author of A penknife in my pocket and Wayfarer, a voice from the Southern Mountains

William Boyd, British novelist, currently at the top of his game
William C Boyd, author of Textbook of Pathology (1970) 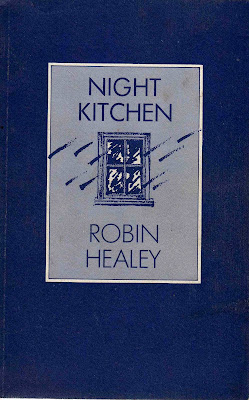 Many thanks Robin...To be continued with the other T.E. Lawrence and the other D.H. Lawrence and many others. Let me add one of the most confusing doppelgangers-- Winston Churchill (the greatest Brit ever) and Winston Churchill (forgotten American romantic novelist). The unsaleable Winston Churchill is often taken for the good one and fancy prices are demanded especially on Ebay. Almost all his novels begin with the letter C. ('The Crisis' 'The Crossing' 'The Celebrity' 'Coniston' etc.,) Wikipedia has this on them: "The British Churchill, upon becoming aware of the American Churchill's books, wrote to him suggesting that he would sign his own works "Winston S. Churchill", using his middle name (actually part of his surname), "Spencer", to differentiate them. This suggestion was accepted, with the comment that the American Churchill would have done the same, had he any middle names." Winston S. Churchill did actually write a novel 'Savrola' (1900) which can command as much as £1000 in the first state (no copyright statement on verso of title). To add confusion both men were amateur painters...There is also a good poet called Brian Jones, not the drug friendly Stone and a writer on poster art known as Tony Curtis, not the screen idol...
Posted by Bookride at 5/12/2011

Oh, and don't forget "So I Went to Prison", by Edna O'Brien. (If you want a copy, by the way, there are quite a few out there, many of them described on ABE as "Remains particularly and surprisingly well-preserved; tight, bright, clean and strong", a description that I'm glad to say applies to lots of books these days: I googled this phrase and found no fewer than 48,200 hits, even when searching for the phrase within quotes. Clearly the condition of secondhand books is improving: who said the world was going to hell in a handbasket?)

Well spotted Angus. That phrase "Remains particularly and surprisingly well-preserved; tight, bright, clean and strong" sounds sort of New York Irish. I could only find 12412 exact examples on ABE . The 'surprisingly' is a little disingenuous especially after being surprised 12000 times about how well a book has survived. Still better than 'good for its age' which usually means a poor copy. J R

Glad to see the ubiquity of the phrase "remains particularly and surprisingly well-preserved" has been picked up on. The word "remains" leads one to envision pitiful remnants: remains of the book (as in 'all that remains').

You remind me of Brian Busby, a slightly older boy who grew up a block away.

I can add a third John Clare, whose weak satire The Passionate Invaders was published in 1965 by Doubleday. Justifiably forgotten, I found it, appropriately, in a London, Ontario thrift shop (and wrote about it here).

For we Canadians, the most frequently encountered literary doppelganger is Richard B. Wright, whose novels have received many awards both at home (Giller and Governbor General's) and abroad (Faber Memorial Prize).

A notable confusion supposedly occurred between the poet Alasdair Maclean and the novelist Alistair Maclean. Roy Plomley is supposed to have wanted the latter for Desert Island Discs and invited the former by mistake. There is another version given by Pyle in Heroic Failures in which the wrong Maclean is the head of the Ontario Tourist Board -

Not sure which version is correct!

My father Robin Healey, who wrote the collection In the Night Kitchen, published by Mallinson Rendall, was most certainly a poet. Not alleged.
Nicky Armstrong, nee Healey