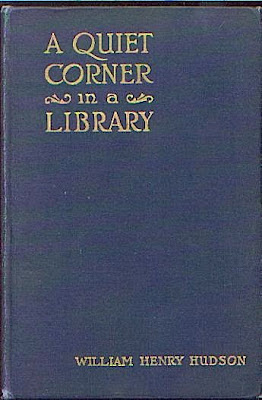 T. E. Lawrence, motor-cycling author of Seven Pillars of Wisdom
T.E. Laurence, author of Do You Believe ?---an occult thriller.

Wyndham Lewis, major Modernist artist, novelist and theorist.
D. B. Wyndham Lewis, now largely forgotten compiler of ‘ humorous ‘ anthologies . If you want to annoy Lewisites pretend you have always thought that they were one and the same person.

Virginia Woolf, Bloomsbury novelist.
Virginia L Wolf, Associate Professor and author of the gripping A Reader’s Companion to A Little House on the Prairie (1996) and Louise Fitzhugh. 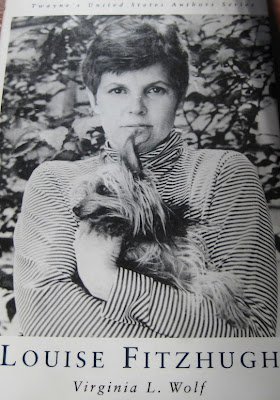 Then there are the names of famous authors that supposedly literate booksellers cannot spell, even when the book they are listing is in front of them. Booksellers, we know who you are !

Many thanks Robin, formidable research there. To the misspelled writers I would add Jane Austin, a common mistake and a sure sign that the person has not read the mighty Jane. To the doppelgangers I could also add Tom Wolfe, white suited author of 'Bonfire of the Vanities' not to be confused with Thomas Wolfe author of 'Look Homeward Angel' (1929) a rather valuable book when seen wearing a jacket. The other confusing name is W.H. (William Henry) Hudson, author of 'Green Mansions' and the anonymous sleeper 'A Crystal Age' + a few natural history titles. There is another William Henry Hudson, professor of English at Stanford University and author of books on the romantics and the novel 'The Strange Adventures of John Smith' (1902) and 'A Quiet Corner in a Library' and several other neglected works. I have some signed books by the wrong Hudson, a man now so forgotten that he has no entry in Wikipedia...
Posted by Bookride at 5/20/2011

What about the philosopher J. L. Austin, who entered into the spirit of things by writing "Sense and Sensibilia"? And, as to commonly misspelt (or misspelled) authors, none crops up as often in my experience as J.R.R. Tolkein.

Chatterton the Marvellous Boy said...
This comment has been removed by a blog administrator.
May 20, 2011 at 8:07 PM

Thanks Angus, thanks Rob. Tolkien (correct) is as you say often Tolkein, if not Tolkin. The two Royles seem comfortable enough in Rob's photo. I remember Dave Gorman once went round the world looking for Dave Gormans and found an army of them...

I often get the spelling of M.P. Shiel wrong (Sheil). I have a feeling that one of his books also gets this wrong on the cover. He was in fact born 'Sheill.' I also confuse Stephen Hawking and Christopher Dawkins. God knows why.

I don't understand why the 'other' W.H. Hudson has been consigned to oblivion. Surely Stanford his old Alma Mater could get someone to do a Wikipedia entry. If they can do a page on Cheetah Chrome, they can do Hudson.

D.B. Wyndham Lewis is probably best remembered now for George Orwell's frequent and scornful mentions of him in his journalism and letters.

Re literary doppelgangers, here's another one: Joe Simpson, author of books about mountaineering, and myself. I think my first book came out before his...

DBWL is surely remembered by more than me for The Stuffed Owl, the anthology of bad verse (done with Charles Lee). It is a book I've had in various edns since the early 70s.

Thanks for these two Robin - very entertaining

Also, Gerard Hopkins, translator of Proust, Flaubert, Mauriac and others.

Another one just came to me, a near-Doppel of sorts: the philosophers George Santayana and Giorgio de Santillana.