Some help with Self-Help books 2 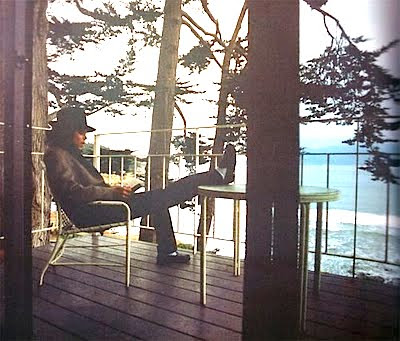 Most philosophers, avatars and gurus can be plundered for a self-help book (eg 'Jesus my CEO') but from the many thousands of self help books produced only a few have reaped the whirlwind-- Tolle, Robbins, Peck, Canfield, Thomas Moore, Rhonda Byrne, Orison Swett Marden, Helen Hayes, Shakti Gawain, Deepak Chopra etc., See below for Private Eye's take on the failed self-help writer.

Jeremy Bentham, much concerned with the pursuit of happiness  and not short on good wordly advice ('Reputation is the road to power...') might be a good basis for a useful self-help tome. I recently came across an auction catalogue from 1977 where someone paid £350 for a signed  autograph quotation from the great Utilitarian-- "The only way to be comfortable is to make those who are about you love you./The only way to make those who are about you love you is to appear to love them./The only way to appear to love them is to love them in effect, & act accordingly." Not unrelated to the current notion 'fake it to make it...' He said this more than once and in several ways. He was also not shy in asking advice from others-- in another auction 25 years ago someone paid £850 for a long letter from Bentham to one J. Reeves "...asking for help in disentangling himself from a former mistress.' Another soundbite from JB--'Nature has placed mankind under the governance of two sovereign masters, pain and pleasure. ... They govern us in all we do, in all we say, in all we think.'

The Benthamite records could be multiplied several times for current values. This year at auction in Los Angeles someone paid £8500 for a self-help book annotated by Michael Jackson. It was The 48 Laws Of Power by Robert Greene (Viking 1998) and without the Prince of Pop's marginal notes it can be bought for less than £1. Bonham's catalogue entry goes thus: 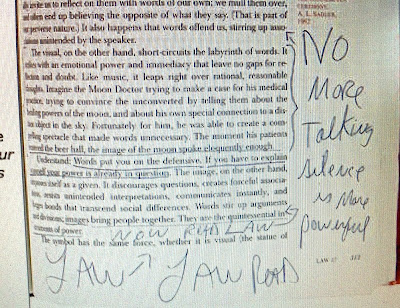 "... a number of pages with passages underlined and annotated in various pens by Michael, providing an insight into his view of the world, with comments such as 'Make yourself respected, a God Demands Worship' and 'No more talking silence is more powerful', and 'you create your own circumstances even in the manner in which you are treated and looked upon', and 'deer are special because they hide if they walked the streets like dogs no one would care' + 'the moon comes every night so people don't care to look to the heavens Haleys Comet,the fact it comes once in a lifetime makes it important...'

The book can be downloaded as an app for 50 pence. Not willing to buy a copy for 1p + £2.80 postage I went for this option and it duly appeared abridged as 48 soundbites on my cellphone. A useful work, somewhat cynical and ruthless for a self help book with ideas taken from Machiavelli, Sun Tzu, Gracian, Talleyrand, Bismarck and also various 'con artists.' It is really for one aspiring to wealth and fame and it is odd that Michael was so jazzed by it. The author has gone on to write the 50th Law (10 lessons in Fearlessness) with a rapper named 50 pence.

His lawyer Bob Sanger is on record as saying '..he loved to read. He had over 10,000 books at his house.' At one session in an LA bookstore he spent $6,000 on books and allowed anyone in his group to take books. Unsurprisingly, the members of his entourage were not excited by this kind offer... 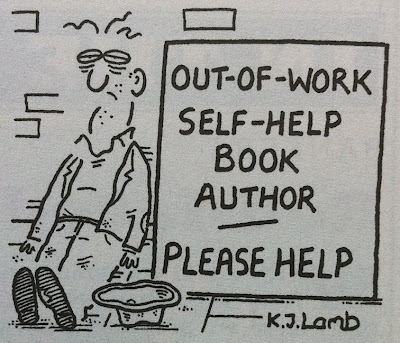 To be continued--Self-help sleepers ('books that look like nothing'), Wayne Dyer's library sold on Ebay and Samuel Smiles on so-called 'winners' ('...riches are no proof whatever of moral worth; and their glitter often serves only to draw attention to the worthlessness of their possessor, as the glowworm's light reveals the grub.' )
Posted by Bookride at 9/18/2011

You might want to correct the rap star's name to 50 Cent!

Great shot of Michael on a balcony. I think it may be the Highland Inn at Carmel.

Self-help has always interested me in a way that I try to write reviews on Advanced Writers on different books I read. Actually writing reviews is a sort of self-help as well.