A Study in Scarlet 1887 - "...flung like a bombshell into the field of detective fiction." “There's the scarlet thread of murder running through the  colourless skein of life, and our duty is to unravel it, and isolate it,  and expose every inch of it.” (Holmes / Doyle)


DETECTIVE FICTION / MYSTERY
The first appearance of Sherlock Holmes; the first printing of the first Sherlock Holmes story. "That lurid paper-back of Christmas 1887 is today one of the rarest books of modern times--a keystone sought by discriminating collectors in every part of the world--flung like a bombshell into the field of detective fiction" (Vincent Starrett.) The most valuable mystery and not utterly impossible to find. It is not as rare,say, as an 1865 'Alice' which was withdrawn - it could be bought at news kiosks and railway stations in the magical Christmas of 1887. I thought I would revisit it with all the hoo-ha about the new Guy Ritchie Sherlock movie, said to be not unamusing...

It can show up in a bound annual and occasionally you see stout volumes of the annual and your heart leaps for a moment - but they are always from other years. If you see 1887 on the spine move fast - in case, as Javier Marias, puts it 'the swifter glove of another hunter might appear precisely at that moment and snatch it from you.' One turned up for a pittance on the Portobello road about 1980 - it was bound with other magazines of the period. I missed it by about 20 minutes. The biggest sleeper. The dealer who bought it told the seller the true value what he had found; the unfortunate guy is said to have gone off his rocker. Possibly mythical, but it is bad form to boast about books especially to the seller-he might have other stuff.

Plot? It plunges us straight into the dark world of an unsolved murder in Victorian London, which has links to the American West and the Mormons.

The Mormon stuff is said to be poorly researched. Watson is seen as a soldier-hero as well as a doctor, and not as a bumbling side-kick to Holmes, who is shown here as a decidedly odd and pompous man, less of an eagle eyed polymath than he becomes in later sto 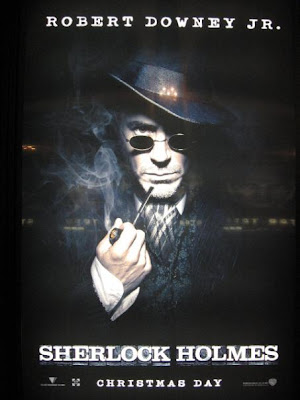 
VALUE? In 2007 a high end LA dealer had a 'superior' copy at a not unthinkable $250,000. Another similar high end dealer of yore, the late lamented El Dieff had a copy in his 1971 catalogue at $2500. His, however, had 'facsimile wrappers' -- that is a 'sophisticated copy.' Highest auction record was at Sotheby's London in 2004 is $130,000 + 'the juice' taking it to $153,600 and this was for a copy described as 'somewhat creased, worn, and stained, tear, with small loss, to front wrapper and first ad leaf, spine much frayed with substantial loss, but still quite fresh and entirely unrestored.' Unrestored is good - and it can always be put in a handsome 'clam -shell' box. The 1888 first book edition has a 'point' on it - you want the word 'younger' spelled correctly in the preface (paragraph 2, line 3 not youuger which counter intuitively is the second state.) It can go for $40,000 + (that erroneous 'u' takes off about $10,000 and more)-- 2 copies bound in 'modern morocco' (one Bayntun, one Zaehnsdorf) have made circa $20 K in the last 5 years, a copy in a Zaehnsdorf binding (the same?) without original wraps has been on sale this year at a slightly dreamlike $85K. (That was 2007 and it may have sold or been knocked out, a similar copy in a more modern binding is on sale now at £17,500 also without the wraps.)

One dealer, with the 1888 first book edition, claims the colour front wrap is 'exceedingly rare as copies were intended to be rebound without covers at time of purchase' and there may be some veracity in that. Another, or possibly the same, 'sophisticated' El Dieff copy purchased from the Marquis of Donegall in 1975 showed up in mid 2007 and made $156000 (£100K or thereabouts`) it had 'skilful repairs to the margins of a few of the preliminary advertisements and to the frontispiece. Original colour-printed pictorial wrappers; much restored with bits of the upper and lower wrappers and all of the spine (rebacked) supplied in good facsimile.'The book also shows up in bound omnibuses of Christmas annuals usually sans wraps, a copy bound with 4 other Christmas special issues in contemporary half morocco, spine gilt (lettered "Christmas Annuals"), without original wrappers and advertisements, made £18,500 in May 2008. For a really serious earner you need the lurid wraps, or at least parts of them.

OUTLOOK? Are new Sherlock collectors being born? One hopes so. I can see no decline in demand, possibly the many Sherlockian societies like The Friends of Dr. Watson or The Franco- Midland Hardware Company are not filling up with members from the Ipod generation and supply might eventually overtake demand, but not for 1887 or 1888 Studies in Scarlet. Possession of the book speaks of a collector's status and taste and devotion there will, hopefully, always be those who wish to make that statement.

This is indeed something to watch for - the copy you mentioned as sold in 2008 was actually given to Oxfam amidst a pile of other books!

There's an online census of Beeton's Christmas Annual 1887 copies with details on the magazine and a listing of the 31 confirmed copies.

Even after 30 years in the crime fiction business I still await that moment when I turn up a copy of this beauty. Sadly, my guess is that the advancing years now diminish that possibility by a factor of 10 as each goes by.
I DID come across a first issue of Doyle's second Holmesian outing "THE SIGN OF THE FOUR" in the Hurst Blackett binding back in the early 80's. I'd happened to be passing through Henley-in-Arden and noticed a secondhand bookshop I hadn't seen before. Peering through the locked door (it was gone 5 p.m.) I could see the owner putting books on to shelves and I tapped on the window. He kindly let me browse around even though he wasn't opening for his first day on the morrow. There was a long run of Austin Freeman in first editions and I asked him if he would kindly reserve them for me - even though he hadn't priced them yet. I spent the next 14 hours hoping against hope that he wasn't too well versed in Freeman prices. The next day I went back at 10 a.m. and found them priced fairly keenly but with enough leeway to make a few bob. As I handed over the cheque the owner pulled out another book and said "As you're my first customer, you can have this. Gratis." It was the Doyle.
It remains one of the few books I really regret selling. The other is the "Special Edition" of Du Maaurier's "Rebecca" that Gollancz issued with a Book Society bookplate signed by the author.

Yawn, yawn.
NO ONE believes your tall tale.