George F. Sims had just returned from the Bay Area, at the time of this catalogue, with a haul of American books which are scattered throughout the catalogue. Sims was probably best with collection buying, as a scout he was obviously proficient but lacked the guile of, say, Martin Stone or Adam of Hunstanton. In 1977 he published a thriller set in a dangerous part of San Francisco "Hunter's Point". I 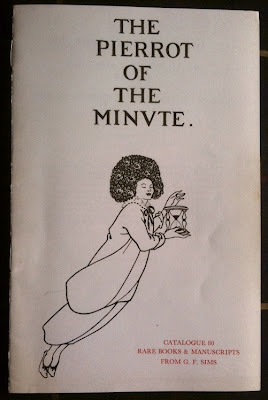 could never get on with it, possibly because it was not a bibliomystery.

He brought back a lot of Conrad Aiken - not a great investment but not a loss-maker - also some signed limited Updikes now quite prized, some rather expensive loss making Ambrose Bierce, some decent Hart Crane, Caresse Crosby, Frost (including a presentation copy to Elizabeth Bowen) late Hemingway, Henry Miller, Robert Lowell, Thomas Merton, Willa Cather etc. He was also fond of first foreign language editions of heavyweight British and American writers, possibly less collected these days due to persistent dumbing down. He was also keen on proofs, well ahead of the game (they became hot in the 1980s). Sadly proofs in general seem to be less desirable in 2009 and are banned altogether at Amazon. Here goes with a final selection starting with the kind of proof that has held its value:

Henry Miller. TROPIQUE DU CANCER. Paris 1945. Fine condition, copy no 1. Sims states that only 'a few copies were printed before the edition was aborted' a statement which the net does not bear out, also HM seems to have gone distinctly 'soft'. £85 / £1020 / £650

John Galsworthy (John Sinjohn) A MAN OF DEVON. Even then Galsworthy was in decline but the 4 Sinjohn titles were still sexy. They are less so today, but is always good to find them completely overlooked. Short stories with one "The Salvation of Swithin Forsyte" having the first appearance of a Forsyte character. George's was near fine but still represents a troubling loss to our portfolio. £75 / £900 / £400 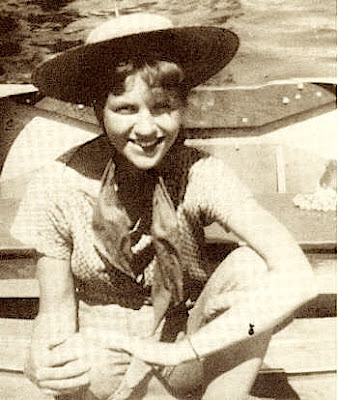 proportion of erotica. If nothing else it almost always sells fast. Unfortunately German books have mostly fared badly due to every bookshop in Germany putting all their stock on the web and generally driving prices down, sometimes disastrously. £85 / £1020 / £450

Sylvia Plath (left). A WINTER SHIP. Tragara Press, 1960. GFS had much Tragara in the catalogue but none as good as this, Plath's first publication. For £30 he had a proof with corrections in her hand 'indicating that her name should be removed from the title page.' There were a few other proof pages but it was not clear whether this was complete, so to be sure one would have to buy (£20) the next item - a fine complete proof with her name on the title page. It was omitted from the published version. So £50 / £600 / £4000 (conceivably more...)

Now is the time to do the math. If we had got every book we had ordered we would have spent £1207.50 (call it £1200 and George might have given 10% on top of that.). If we sold the whole lot in a sale next week with some doing better than others and some doing worse we would very likely get £33, 460. With auctions there are expenses so take off 10% and say another 10% for storage and the depressant effect of the auctioneers 20% to sellers and we get £27000, so the books have increased in value by 22.5 times which keeps pace with stocks and shares and represents 9% annual compound interest which is just short of what Madoff was offering (but with him you would have lost the lot!)

If you take out the bad buys (almost half the outlay but with £24000 coming back) the return is a stellar 42 times. In retrospect manuscript material was a good buy and should stay so but there are not many other clear lessons to be drawn from this exercise and to quote Scott Fitzgerald (himself a good investment) '...so we beat on, boats against the current, borne back ceaselessly into the past.'
Posted by Bookride at 12/05/2009

You may be a bit optimistic about Bilder Lexicon, we have had a set since last year for £400. People sneak a look but there are no buyers so far. So interesting the Sims catalogue close-up, thanks. Ari

"Unfortunately German books have mostly fared badly due to every bookshop in Germany putting all their stock on the web and generally driving prices down, sometimes disastrously."

I'm an acquirer rather than a collector and not a dealer, but German dealers seem to charge much more than others for books on the 'net, including German books.

The prices in Simm's first catalogue, which as memory serves was 1949 or 50, would really astonish you, as would the quality of the books. A friend, who then worked for Bertram Rota, showed me a copy which included copies of the regular and signed issues of Beckett's Echo's Bones. Recall the signed copy as being priced at either 18s or £1.