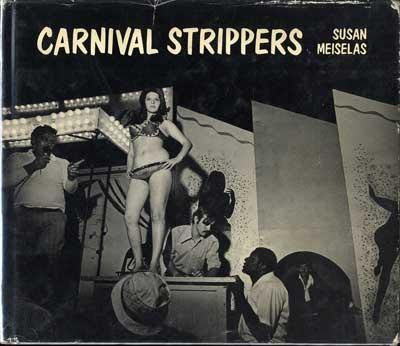 PHOTOGRAPHY.
Desirable photo book, not uncommon but seldom shows up as a first, jacketed hard back. Cover is silver. In the early 1970s Meiselas travelled with some small New England and Southern "Girl Shows", including the Club Flamingo, the Star and Garter & the Club 17. Pictures and text from 100+ hours of interviews. Not a salacious book, somewhat noir and poignant, some photos are said to shock. A journey into the darker side of American life. A great photographer, she won the Robert Capa Gold Medal, the Leica medal for excellence, and The Photojournalist of the Year etc., Her book 'Nicaragua' is in Parr's definitive 'The Photobook' and this book is in in Andrew Roth's Book of 101 Books: Seminal Photographic Books of the Twentieth Century.'

VALUE? Hardback copies in jackets are avaiable at $1000+ but are attainable at less, one hopeful wanted $750 for the paperback, but it can be found at under $200. Kind of book you might find in a slightly curled jacket at a flea market (priced at $10 for its sleaze factor) if you got there at dawn. It has gone up in value over the last 2 years as a hardback. Hard to know whether photobooks are still a good investment bought 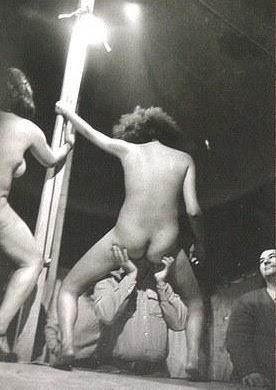 at these levels. Their values, which crashed in the 1980s have gone up and up and a correction is almost inevitable especially in a market that is otherwise troubled. Will examine this question further as I have records of values of photobooks from 2/3 years ago.

A re-issue appeared in 2003 which has a CD of some of her interviews and added new pix - it can be bought signed at $150 or less. The publishers (Whitney Museum of American Art in association with Steidl Verlag of Göttingen Germany) say this of it:

"From 1972 to 1975, Susan Meiselas spent her summers photographing and interviewing women who performed striptease for small town carnivals in New England, Pennsylvania, and South Carolina. As she followed the girl shows from town to town, she portrayed the dancers on stage and off, photographing their public performances as well as their private lives. She also taped interviews with the dancers, their boyfriends, the show managers, and paying customers. Meiselas's frank description of the lives of these women brought a hidden world to public attention. Produced during the early years of the women's movement, Carnival Strippers reflects the struggle for identity and self-esteem that characterized a complex era of change....essays by Sylvia Wolf and Deirdre English reflect on the importance of this body of work within the history of photography and the history of feminism."