Martin Parr. Bad Weather, 1982 + the world of the Photobook (according to Parr). 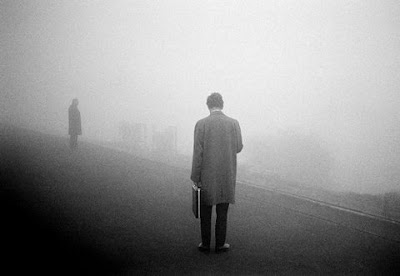 PHOTOGRAPHY
A mere 62 pages in soft wraps with 54 b/w photos. Text includes a commentary by cult status weatherman Michael Fish. Parr is a highly collected and gifted Brit snapper (born 1952) who at some point was inducted into Magnum to the disgust of vieux humbug Cartier Bresson who described him as being from "a different solar system." MP is also responsible for the droll collections of 'boring' postcards, now up to 3 books -they have practically become a franchise. Parr has a 'whim of iron' as Powell said of Betjeman. Both top photos from this superb book.

VALUE? Copies on web are mostly £200 +, seldom less. Signed copies are more expensive but Parr is the Edward Heath of signed photo books, signatures add little. 'Bad Weather' is the kind of book you might find at a boot sale under a cold British sky for buggerall - it looks like nothing. Its value has stayed at this level for 3 years now. One prominent dealer says of Parr '[his] influence in contemporary British photography is unparalleled, but it is his contribution to the understanding and importance of photographic literature that may be his most profound legacy.' They are talking about his magisterial 2 vol 'The Photobook' which sits on a shelf beside me as I type. Looking at the 'photobooks' I have covered in the last 3 years there has been, in most cases, an ineluctable rise in price. Possibly this is now stalling but so far it is holding its own. One caveat--in my experience when you are selling photobooks on the net it is often hard to actually get anywhere near the supposed value of these books unless you have very sharp copies of known rarities. Many photobook collectors are not burdened with money and need serious discounts and even time to pay; the core of richer buyers (often NY based) are probably feeling less cushy than in 2007, a few may even have been wiped out. Also it is safe to say that many modestly pitched items sell rapidly and silently against the higher prices; some dealers actually need money coming in...

P.H. Emerson. Marsh Leaves. 1895.
$5000 mid 2007. Not really tested since but an unpleasant copy on ABE at slightly more than this seems to have sold in late 2008 and would now expect a decent copy to nudge into five figures at auction (with the juice etc.,) One of the greats.

The Book of Bread. 1903
Was $800 early 2007. 2 copies on ABE now -one at $3000 and one not so nice at $4000. Freakish book of which the mighty Parr wrote "one of the humblest, yet most essential of objects is catalogued as precisely, regorously and objectively as any work by a 1980s Conceptual artist" Not a book to buy at these levels but to find somewhere overlooked (in the cookery section.) Probably sells regularly at half these prices. It's appeal is essentially whimsical. 300% increase.

Robert Frank. The Americans. (1959)
$7000 early 2007. In 2008 it made $15K (fine in slightly used d/w) and $32K (F/NF) and was bought in at $3k in an unpleasant jacket. All at Swann NY except the $32K which was at Christie's NY where it was described as 'A FINE COPY OF FRANK'S MASTERPIECE, and rare in this condition. (Quotes Parr) "The most renowned photobook of all... none has been more memorable, more influential, nor more fully realized... it changed the face of photography in the documentary mode". 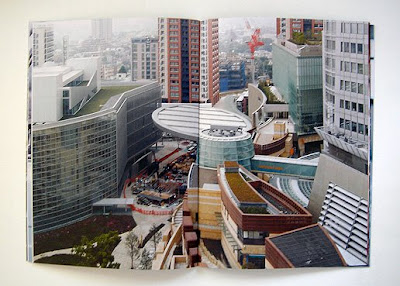 A Wonderful Time. Slim Aarons, 1974.
Was $250 early 2007. About the same price now, sometimes a bit more for F/F copies, suspect they occasionally go cheap on Ebay. Pictures of the very rich enjoying themselves could now be a little de trop for some. In Parr - he normally eschews social snappers. (Image below) Ballet. 104 Photographs. Brodovitch, 1945.
Legendary photobook. $3500 in early 2007. Early 2008 a superior copy went through Ebay at $3500 or a bit more, rather used copy on ABE now at $3950, carriage trade dealer wants an unfriendly $9500 for a very nice example, a similar copy can be had at $4950 and top of the pile a midwest Video shop wants $11000 for the least good of the 4 copies for sale. As often happens the worst copy is the dearest (the mad hatter principle.) Book has gone ahead by as much as 60% in 2 years but is proving less scarce than was thought. "...One of the most cinematic and dynamic photobooks ever published..." (Parr)

Outlook? . Not an area I would like to wade into with credit cards flying right now, but there may be further life in the market especially with the incunabula of photo and proven geniuses like Emerson and Sander. The problem with most photobooks is you don't get much for your money. Their value derives from their iconic significance, sometimes $3000 gets you a small thin glossy book with a few printed b/w snaps. As one wag once observed (paraphrasing Veblen) 'modern art is a rich man's way of making poor people feel stupid.' So in this spirit the fact of a book looking insubstantial and even insignificant is no bar to its being valuable--in fact it helps. The 'mere man' cannot possibly appreciate this stuff. You demonstrate wealth and status by possessing it and recognising its true value. This may change - as it has before.
Posted by Bookride at 3/15/2009

I'm just working on beefing up my Scouting Book, adding everything my little brain won't absorb. Thanks for this nugget.

Got a BEAR POND in my local book store for $150 fine and fine-- great book, right price. Now I want his Rio de Janeiro book. Catapult.

I don't get the photo market. I have a nice David Bailey artwork (A3-ish size) i bought at a charity auction - the same auction had a signed photo of some 60s person which went for twice the price of the artwork.

I can see why unsavoury rich men pay huge prices for Newton's equally unsavoury books but the oddest thing is seeing new Martin Parr books advertised on the Guardian web page at staff prices - who is buying them? Heads of social work departments?

'staff prices' should be stiff prices

though staff prices are often rather good also of course

I'd say Helmut Newton's works are about unsavouriness [is that the word?] rather than being unsavoury. There's a conscious absurdity and a recognition of that absurdity that stops them being unsavoury. The real absurdity is the fact that photographs- invented to be easily and indistinguishably reproduceable- and photography books should be such an important part of the first editions/first impressions trade.

interesting debate going on at the excellent 5b4 photo book blog about all this, worth a look,

does someone have an idea how much worth this publication might be?

to dream on . a sumo did sell for 15,000 in august. so while your dreaming others are making money. wake up!