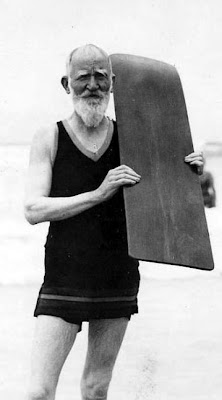 There was an interesting comment on the last post asking'... Is The Apple Cart Shaw's most common book? I'd have thought the Collected plays and Collected prefaces given away free as newspaper circulation boosts in the 1920s and 1930s were more common.' Commonness is slightly subjective (or even regional) but the web allows us to run some fairly conclusive tests. If you check 'The Apple Cart ' at ABE looking for editions published in 1930 (i.e. the UK first) you get 169, put 'Complete Plays' in as a first for 1931 you get 29 and 'Prefaces' firsts for 1934 you get 59.

All 3 are desperately common and none should exceed £10 in price unless in staggeringly fine condition - which is why it is peeving to find copies of 'The Apple Cart' at £340 sans jacket (however it is described as 'text block pristine, pages tight to spine.') This is from a firm that has always been in the top ten of most expensive book listers on the web, ahead even of players in Ventura, born again relisters in Texas and madmen in shacks on the Tamiami trail etc . They list a signed Galsworthy 'Plays' one of 1250 at £6200. You can buy a 30 volume full leather set of the great man's work for a lot less than this and should have to pay no more that £50 for his signed plays. He was not Harold Pinter.

Last word on 'The Apple Cart' -- a chap in Ireland misnamed 'Bookbargains' has a copy at £240 described thus '...this is a rare copy of the George Bernard Shaw play...It is excellent condition and the dustcover is in good condition with a small tear at the bottom of the spine.' True value £5 so he is out by 50 times, but the Galsworthy people have priced their book at 120 times value so they win. End of rant.

Addendum. Have been reading James Charlton's anthology 'Fighting Words; Writers Lambast Other Writers from Aristotle to Anne Rice.' Naturally there is a lot of GBS--here he is on the bard~: 'With the single exception of Homer, there is no eminent writer, note even Sir Walter Scott, whom I despise so entirely as I despise Shakespeare.' One suspect this may have been envy-- J.B. Priestley recalls running in to him at the Grand Canyon and finding him peevish '...refusing to admire it or even looking it at properly. He was jealous.' We are back on the matter of the boundless (and necessary) egos of writers. It reminds me of something Simon Raven said about E.M. Forster; he reported that Forster was inconsolable when World War 2 broke out - because people had stopped talking about him.

On the subject of autographs, my favourite Shaw item was a vegetarian menu that was found in a copy of his 'Complete Plays'--it had been sent to him for his approval and was annotated with his preferences--all I can remember was his crossing out of a suggested omelette and the comment 'fed up with eggs.' We sold it for a meaty sum (over £1000.)

Last word on GBS from Oscar; 'An excellent man: he has no enemies; and none of his friends like him.'
Posted by Bookride at 11/24/2008

Is that a surfboard or a tablet of the Ten Commandments there in his hands?