Omar and the Grave Dancers 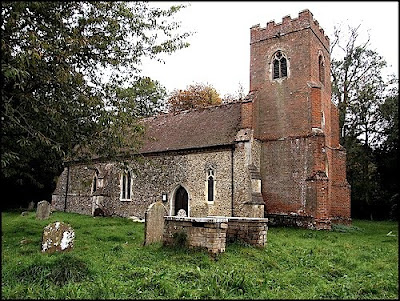 A strange coincidence occurred yesterday. I was reading about Robert Browning dancing on the grave of Edward Fitzgerald and shortly afterwards on the radio heard Groucho Marx's son talking about how his father danced the Charleston on Hitler's grave--at least in the rubble on top of the bunker in Beriln where Hitler took his own life. Pic of the Fuhrenbunker below. The Charleston is a difficult dance even without having to do it on rubble! Such coincidences are quotidian if you spend your days going through books listening to Radio 4--often you will hear a book mentioned and find you have it in your hand or you have just read a line that someone then quotes...

Dancing on graves is usually metaphorical, however talking of Marx there is a persistent internet rumour that a top young Tory 'flown with wine and insolence' (as Milton put it) recently danced on the grave of Karl Marx. David Cameron is a good candidate but it is more typical of our Lord Mayor Boris Johnson (a good customer at our shop.) Marx is buried in Highgate Cemetery North London and his tombstone bears the carved messages: "WORKERS OF ALL LANDS UNITE," - the final line of The Communist Manifesto. In 1970 someone tried to blow it up with a homemade bomb. Groucho, no stranger to grave dancing, also said that when Communism ended in Russia, he would also dance on the grave of Karl Marx (no relation). Unfortunately, he died in 1977, twelve years before the Berlin Wall fell. 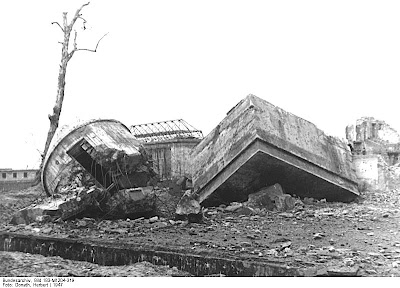 Edaward Fitzgerald's grave is about 15 miles from where I am typing this. It is in beautiful countryside near Boulge in Suffolk. Fitzgerald was of course the translator of Omar Khayyam. The story of the books 'discovery' is well known. Fitzgerald paid publisher and rare bookseller Bernard Quaritch to print 250 copies of his translation; less than 50 are known to exist. They did not sell. After 2 years, Quaritch put them in a bargain box and reduced the price from 5 shillings to one penny. The Celtic scholar Whitley Stokes loaned it to Rossetti, who loved it and handed around the PRB and to poets like Swinburne whence it became the talk of the town. The excellent Stillman Books site points up the 'auspicious events' that occurred to bring this book to the fore:

'If Edward Cowell hadn't been able to interest EdwardFitzGerald in the study of the Persian language in 1852 and brought to FitzGerald's notice in 1856 a Persian manuscript in the Bodleian Library at Oxford, then FitzGerald would not have translated these "Epicurean tetrastichsby a Persian of the eleventh century". If Edward FitzGerald himself hadn't persevered, after being rejected by Fraser's Magazine, and paid to have his first translated version of 75 quatrains published, it probably would have been no more than a scholarly exercise. If, after publication by London bookseller Bernard Quaritch, Whitley Stokes hadn't passed by Quaritch's bookshop and plucked a copy from the "penny box", FitzGerald's book would have died on Piccadilly Street. If Whitley Stokes, well-known as a Celtic scholar, had not given a copy of FitzGerald's Rubaiyat to his friend Dante Rossetti on the 10th of July, 1861, then the translation would not have been introduced to the influential literati of the day...' 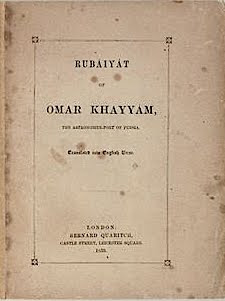 The 1859 first edition from Quaritch does not mention Fitzgerald as the translator and can command over £20000, even the second edition, which contains thirty-five quatrains that are not found in the First (which contained 75 quatrains) is also much sought after and can fetch nearly £3000. Copies owned by any of the PRB are much favoured - William Bell Scott's copy with the misprint on page 4, line 4, corrected by Fitzgerald in ink is currently online at $45000 and a copy bound without the wraps in 'a magnificent, ornate binding by Riviere' ( a goblet intertwined with a serpent; gilt peacock borders etc.,) is priced at a punchy $35000. There are collectors of every edition of Omar Khayyam and some magnificent looking books have been produced. At the recent book fairs in London given sufficient credit you could have filled a large station wagon with copies.

I read about how Browning ended up dancing on Fitzgerald's grave in The Ultimate Irrelevant Encyclopaedia (1984). Fitzgerald had written disparagingly of the poetry of Elizabeth Barrett Browning and when her husband Robert came across the article years later he is said to have made a special trip to Boulge in Suffolk to dance on his grave. Browning must have been at least 72 at the time so it must have been a rather measured dance. What kind of dance do you do on a grave? Jigs have been suggested, pogo dancing seems suitable, although highly energetic-- the Charleston has a joyous element, gay in the old sense, but it needs considerable practice. 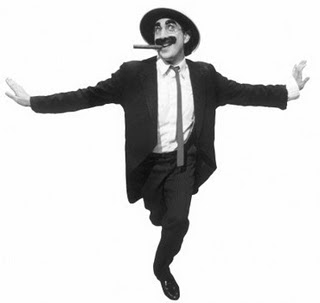 Lastly I came across a poem by Browning that suggests the strength of Browning's animosity:

'I chanced upon a new book yesterday;
I opened it, and, where my finger lay
'Twixt page and uncut page, these words I read -
Some six or seven at most - and learned thereby
That you, Fitzgerald, whom by ear and eye
She never knew, "thanked God my wife was dead."
Aye, dead! and were yourself alive, good Fitz,
How to return you thanks would task my wits.
Kicking you seems the common lot of curs -
While more appropriate greeting lends you grace,
Surely to spit there glorifies your face -
Spitting from lips once sanctified by hers.'

These are grave matters.

Having had a run-in with the owner of a famous English language bookshop on the Paris Left Bank, I swore I'd dance on his grave when he died. Anyone know if he's dead yet?

That's probably George Whitman still around in his mid 90s...you'll have to wait. A much loved maniac in my view but chacun a son gout.

No grave will ever accept Georgie Boy!

Basically, an uber-rare Fitzgerald edition of the Rubaiyat was used as a one-time cryptographic pad in a famous spy mystery. In 1948 a man in Australia was found dead with a coded note on his person. The paper is known to have been torn from a specific edition of the Rubaiyat, which has subsequently been lost. No-one has thus far been able to locate another copy of that edition, but if one were discovered, it could be used to break the code. The Facebook link has details of the edition in question and its attributes.

That would be a cool find, wouldn't it?