A Book Collection in Hampstead 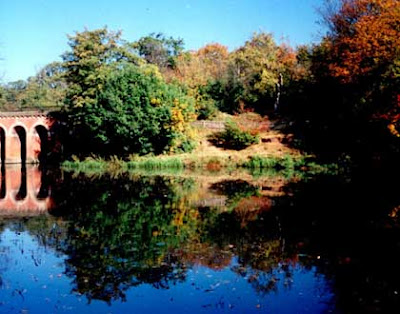 I have bought quite a few vanfuls of books in Hampstead this century and was intrigued by a piece in a bookseller's memoir entitled "Some Priceless Books In Hampstead". This was from "40 Years in my Bookshop" by Walter C. Spencer (London 1923). Spencer whose dates were possibly 1860-1952 (unknown to Wikipedia, Google, etc.) was a major book seller of his time, a friend of Thomas J. Wise, but at the time of writing presumably ignorant of his darker side (we're talking forgery.) His shop was at 27 New Oxford and he dealt in prints, plate books, bound sets, the Romantics, Americana, first editions of his time (Wilde, Conrad, Galsworthy, etc.). A big Dickens man, popular with visiting American plutocrats like pickle king Henry J. Heinz and numbering among his customers, Sir Henry Irving, Gladstone, George Meredith, Andrew Lang, Gissing, Pater, Swinburne, and Richard Jefferies.

Spencer visited the library of Wise in Hampstead and quotes from Richard Curle's introduction to the catalogue of the Ashley Library - as Wise like to call his ridiculously valuable collection. The catalogue ran to 11 volumes, Wise was exposed as a forger of rare pamphlets in 1934 by biblio sleuths Carter and Pollard. The books went to the British Museum in 1937. Curle, something of a gun for hire in the rare book world, was also the author of several good travel books and works on Conrad who he knew well. He writes:

And so it goes on,

pure biblio porn. I suspect some of the latter one-only-known books may have been Wise's own forgeries. The only modern books that I can think of that would trump the above are Ian Fleming's first book-- a slim volume of verse that he rigorously suppressed or Waugh's The World to Come: A Poem in Three Cantos, privately printed 1916 or Corvo's The Attack on St Winefride's Well (only 2 known). Can Hampstead still provide great treasures? As Cadillac Jack would have it : 'Anything can be anywhere.' I have heard that many of the bigger houses are now owned by Russian oligarchs, not known for their literary taste. Times have changed. In the 60s Hampstead was the haunt of cranks, vegetarians and well heeled leftists. Just over 60 years ago a decrepit and malodorous Aleister Crowley could be seen walking down Rosslyn Hill - one of our customers used to see him there when he lived in Hampstead as a teen.
Posted by Bookride at 2/22/2009